If the Bush administration is truly committed to the nation's sovereignty, it should let Iraqis retake control of their own oil revenues. 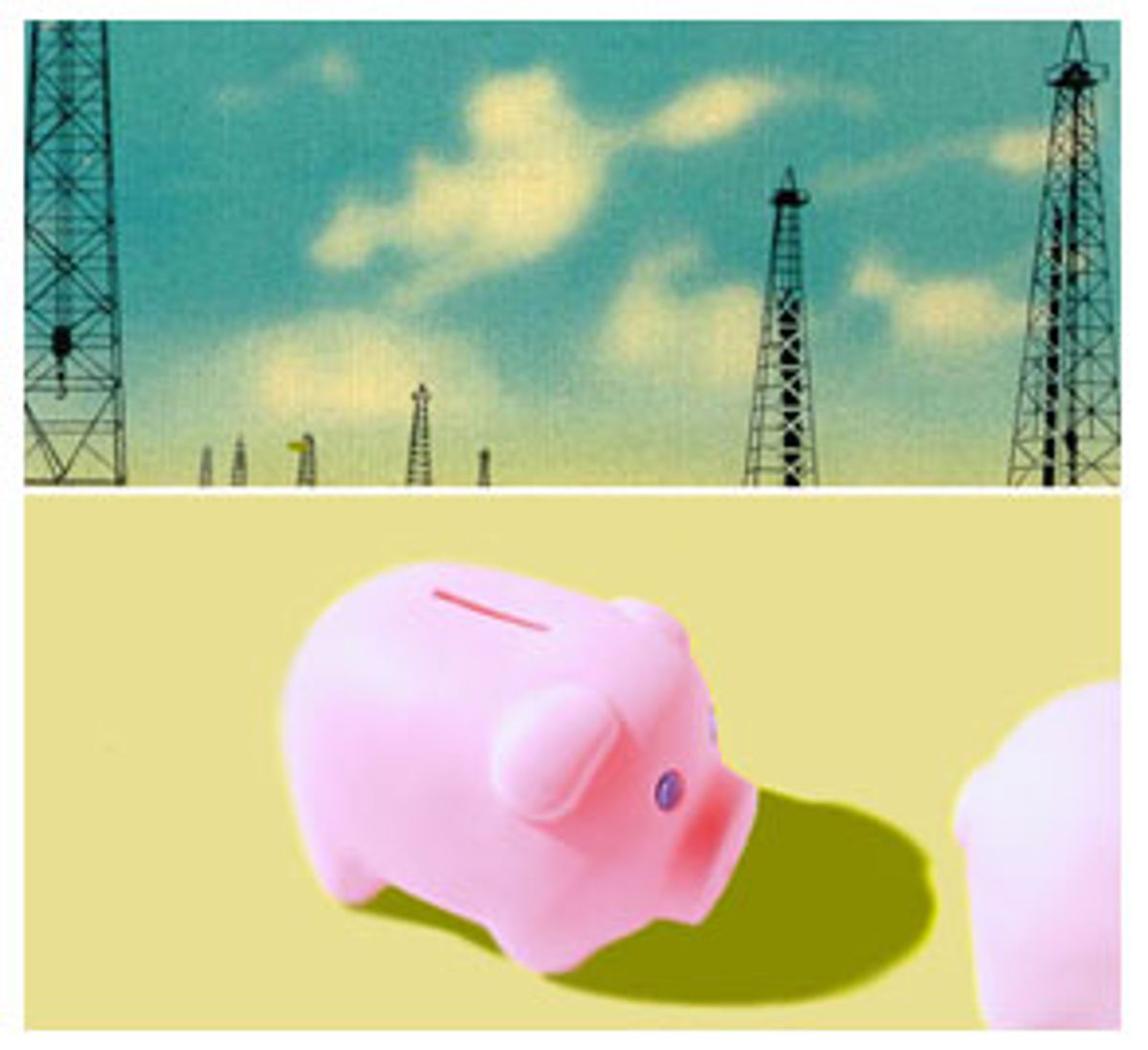 As the occupation of Iraq dissolves further into bloody chaos, the colonial overseers in Baghdad are keeping their eyes fixed on what is really important: Iraq's money and how to keep it. Whatever apology for a "sovereign" Iraqi government is permitted to take office after June 30 -- and U.N. envoy Lakhdar Brahimi admits in private that he "has to do" whatever the Americans tell him to do -- the United States is making sure that the Iraqis do not get their hands on their country's oil revenues.

We are talking about big money here: Iraq's oil exports are slated to top $16 billion this year alone. U.N. Security Resolution 1483, rammed through by the United States a year ago, gives total control of the money from oil sales -- currently the only source of revenue in Iraq -- to the occupying power, i.e., the United States. The actual repository for the money is an entity called the Development Fund for Iraq, which in effect functions as a private piggy bank for Paul Bremer's Coalition Provisional Authority. The DFI is directed by a Program Review Board of 11 members, just one of whom is Iraqi.

In case anyone should be moved to challenge this massive looting exercise in the courts, President Bush followed up the May 2003 resolution with Executive Order 13303, which forbids any legal challenge to the development fund or any actions by the United States affecting Iraq's oil industry. Since then, the Iraqi oil ministry, famously secured by the U.S. military during post-invasion riots and looting, has been kept under the close supervision of a senior U.S. advisor, former ExxonMobil executive Gary Vogler.

Now, whatever President Bush or his officials may spout in public about the transfer of power being a "central commitment," there is absolutely no intention in Washington of changing the arrangement concerning oil revenues. Queried on this crucial topic, the CPA has stated that it will continue to control the revenues beyond June 30 "until such time as an internationally recognized, representative government of Iraq is properly constituted." Whatever entity is unveiled for June 30, it apparently will not fit these requirements, so the hand-over date is, essentially, meaningless.

The development fund is not solely dependent on oil money -- of which it had collected $6.9 billion by March. Under the terms of 1483 the DFI also took over all funds -- $8.1 billion so far -- in the U.N.'s oil-for-food program accounts (Russian and Chinese support for the resolution was bought by agreeing to keep the oil-for-food racket running for a few more months); various caches of Saddam Hussein's frozen assets around the world, amounting to $2.5 billion; and further cash left behind by Saddam inside Iraq, estimated at about $1.3 billion. The money is kept in an account at the Federal Reserve Bank in New York.

In theory, these vast sums were to be spent in an open, transparent manner solely for the benefit of the Iraqi people. But how can we be sure they have been? Along with the development fund, there was meant to be a supervisory group, the International Advisory and Monitoring Board -- made up of officials from the World Bank, International Monetary Fund, U.N. and Arab Fund for Development -- to oversee where the money goes. However, according to a trenchant report from the Soros Foundation-funded group Iraq Revenue Watch, which has been keeping an informed eye on the Iraq boondoggle, because of dogged resistance by the occupation authorities, combined with bureaucratic sloth by the IAMB, the board got its first look at the books only this March, 10 months late. Needless to say, there are no Iraqis on the board, though two have recently and reluctantly been designated as observers.

Free from independent scrutiny, the DFI piggy bank has disbursed $7.3 billion. For months Bremer's merry men refused to disclose even the most minimal information on where the money was going, and even now the CPA releases only the most generalized breakdown, for example: "Restore Oil Infrastructure -- $80,197,742.82."

Assuming that line item is accurate, that would be money paid to Halliburton -- which as it happens is a fine example of how the piggy bank has been used by the administration to get around irksome constitutional restrictions on government spending without congressional approval.

Late last year, when the stench of Halliburton contracts for Iraq became so strong that even Congress noticed, the $18.4 billion supplemental appropriations bill for Iraqi reconstruction specifically forbade the award of any contract worth more than $5 million that had not been competitively bid. This might have put a spoke in the Halliburton wheel, except that the CPA simply reached into the DFI to pay Dick Cheney's old company.

There has been no protest from Congress over this egregious flouting of its fundamental role as controller of the government's checkbook. No one should be surprised, however, given that there is specific legislation on the books -- passed over fruitless objections from Democrats -- exempting the CPA from any investigation by the Government Accounting Office or any requirement to appoint an inspector general, as mandated for all government agencies in a 1990 law.

For most of the past year, Iraqis have complained about ill treatment and torture meted out by the army of occupation. No one paid much attention until the Abu Ghraib photographs became public. Over the same period, in several visits to Iraq, I heard Iraqis complaining with equal vehemence about the generalized corruption of the occupiers -- corruption that extends from the top right down to ordinary soldiers robbing Iraqis of cash and valuables during house searches and vehicle checks, and military and CPA officials at every level demanding bribes and kickbacks.

These complaints get the same brushoff treatment as the torture and abuse victims at Abu Ghraib got until what was happening at the prison became widely known. A photo of CPA officials giving the thumbs up and pointing to their wallets might make a difference. In the meantime, don't expect the administration to give Iraqis their money back anytime soon.