One more headache for the besieged Bush administration: The FBI is now interrogating the neocon cronies of Ahmed Chalabi. 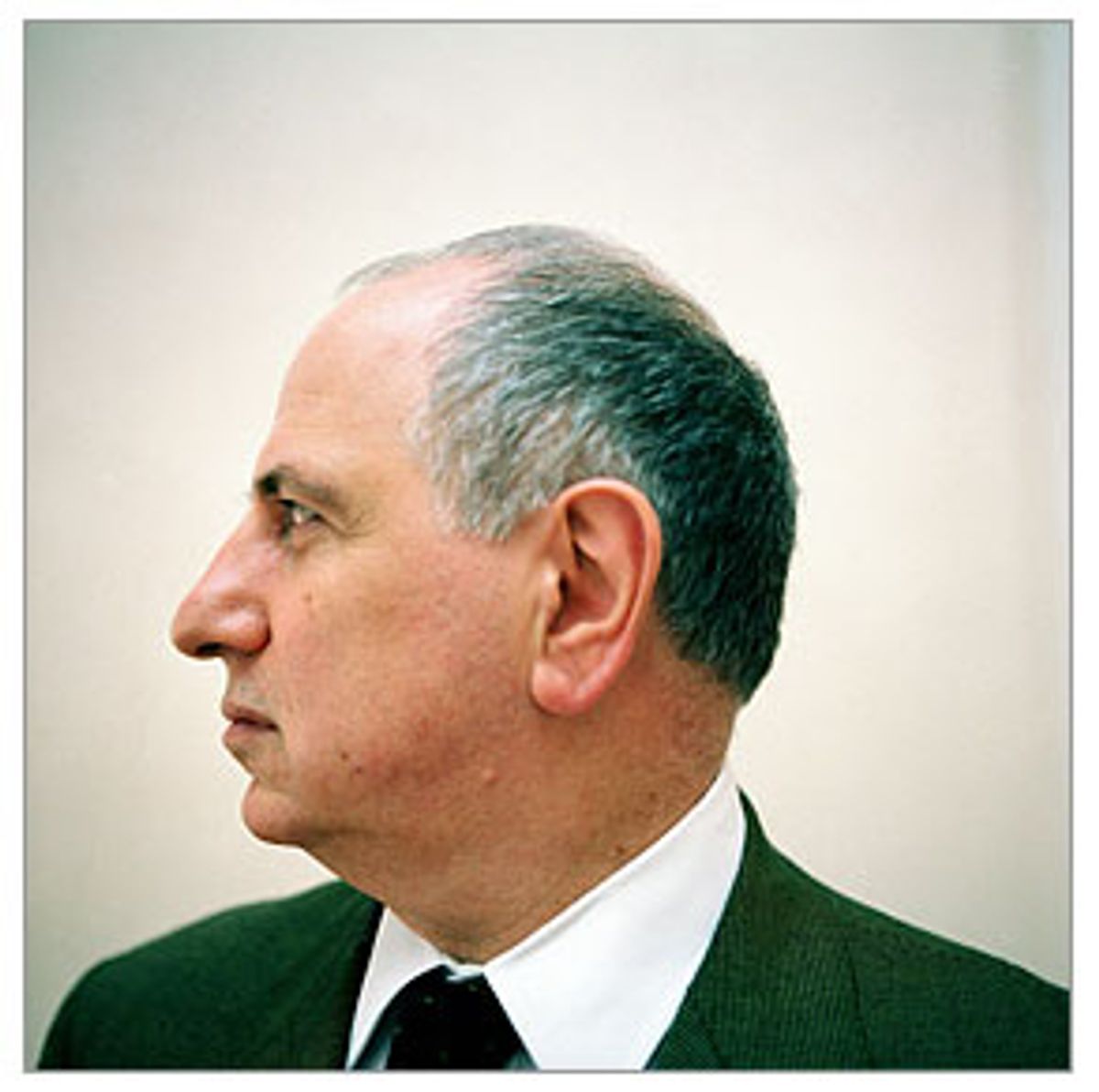 At a well-appointed conservative think tank in downtown Washington and across the Potomac River at the Pentagon, FBI agents have begun paying quiet calls on prominent neoconservatives, who are being interviewed in an investigation of potential espionage, according to intelligence sources. Who gave Ahmed Chalabi classified information about the plans of the U.S. government and military?

The Iraqi neocon favorite, tipped to lead his liberated country post-invasion, has been identified by the CIA and Defense Intelligence Agency as an Iranian double agent, passing secrets to that citadel of the "axis of evil" for decades. All the while the neocons cosseted, promoted and arranged for more than $30 million in Pentagon payments to the George Washington manqué of Iraq. In return, he fed them a steady diet of disinformation, and in the run-up to the war he sent various exiles to nine nations' intelligence agencies to spread falsehoods about weapons of mass destruction. If the administration had wanted other material to provide a rationale for invasion, no doubt that would have been fabricated. Either Chalabi perpetrated the greatest con since the Trojan horse or he was the agent of influence for the most successful intelligence operation conducted by Iran, or both.

The CIA and other U.S. agencies had long ago decided that Chalabi was a charlatan, so their dismissive and correct analysis of his lies prompted their suppression by the Bush White House. In place of the normal channels of intelligence vetting, a jury-rigged system was hastily constructed, running from the office of the vice president to the newly created Office of Special Plans inside the Pentagon, staffed by fervent neocons. CIA Director George Tenet, possessed with the survival instinct of the inveterate staffer, ceased protecting the sanctity of his agency and cast in his lot with Cheney et al. Secretary of State Colin Powell, resistant internally but eventually overcome, decided to become the most ardent champion, unveiling a series of neatly manufactured lies before the United Nations. Last week Powell declared, "It turned out that the sourcing was inaccurate and wrong and, in some cases, deliberately misleading. And for that I'm disappointed, and I regret it." But who had "deliberately" misled him? He did not say. Now the FBI is investigating espionage, fraud and by implication treason.

A former staff member of the Office of Special Plans and a currently serving defense official, two of those said to be questioned by the FBI, are considered witnesses, at least for now. Higher figures are under suspicion. Were they witting or unwitting? If those who are being questioned turn out to be misleading, they can be charged ultimately with perjury and obstruction of justice. For them, the Watergate principle applies: It's not the crime, it's the coverup.

The espionage investigation into the neocons' relationship with Chalabi is only one of the proliferating inquiries engulfing the Bush administration. In his speech to the Army War College on May 24, President Bush blamed the Abu Ghraib torture scandal on "a few American troops." In other words, there was no chain of command. But Secretary of Defense Donald Rumsfeld approved a secretive policy calling for the use of harsh interrogation techniques in Iraq that had previously been used by the U.S. military on al-Qaida suspects in Afghanistan. The U.S. commander in Iraq, Lt. Gen. Ricardo Sanchez, reportedly briefed on the torture, has been summarily relieved without another posting. (There goes the Hispanic vote.)

The trials and investigations surrounding Abu Ghraib raise the question of whether it was an extension of the far-flung gulag, built after Sept. 11, that has been operating outside the Geneva Conventions. Documents have surfaced showing that the office of legal counsel in the Justice Department created the rationale for breaking out of the Geneva Conventions. Those memos were reflected in a memo to the president from the White House legal counsel, Alberto Gonzales, calling the conventions "quaint." Such memos are not spontaneously generated, autonomous pieces of paper, but produced as part of an elaborate process that almost certainly involves in the end a presidential finding: that is, a signed directive authorizing special operations or secret action. Will the Senate Armed Services Committee, which is investigating, now demand to see that finding, establishing the president as having approved the policy?

The fallout from the Chalabi affair has also implicated the nation's newspaper of record, the New York Times, which published on Wednesday an apology for running numerous stories containing disinformation that emanated from Chalabi and those in the Bush administration funneling his fabrications. The Washington Post, which published editorials and several columnists trumpeting Chalabi's talking points, has yet to acknowledge the extent to which it was deceived.

Washington, which was just weeks ago in the grip of neoconservative orthodoxy and absolute belief in Bush's inevitability and righteousness, is now in the throes of agonizing events and being ripped apart by investigations. Things fall apart; all that was hidden is revealed; all sacred exposed as profane: the military, loyal and lumbering, betrayed and embittered; the general in the field, Lt. Gen. Sanchez, disgraced and cashiered; and the most respected retired generals training their artillery on those who have ill-used the troops, still dying in the field; the intelligence agencies, a nautilus of chambers, abused and angry, its retired operatives plying their craft with the press corps, seeping dangerous truths; the press, hesitatingly and wobbly, investigating its own falsehoods; the neocons, publicly redoubling their passionate intensity, defending their hero and deceiver Chalabi, privately squabbling, anxiously awaiting the footsteps of FBI agents; Colin Powell, once the most acclaimed man in America, embarked on an endless quest to restore his reputation, damaged above all by his failure of nerve; everyone in the line of fire motioning toward the chain of command, spiraling upward and sideways, until the finger pointing in a phalanx is directed at the hollow crown.