As the administration scrambles to control the political damage from Iraq, a new poll shows that Americans view Kerry as more trustworthy than Bush. 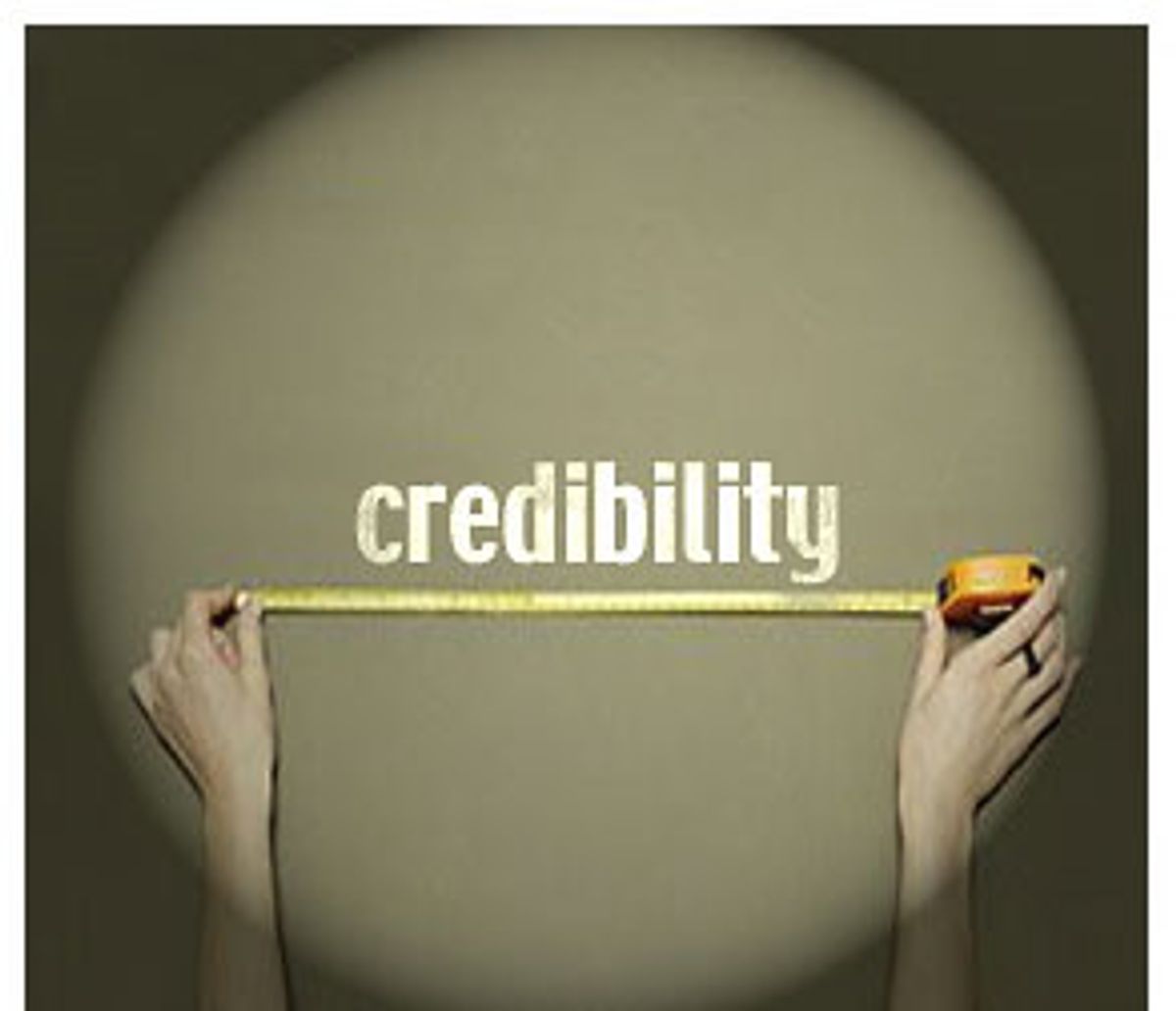 At the Pentagon on June 10, while business in Washington had officially halted as the body of Ronald Reagan lay in state, Secretary of Defense Donald Rumsfeld convened an emergency meeting on the Abu Ghraib scandal, according to a reliable source privy to the proceedings. Rumsfeld began the extraordinary session by saying that certain documents needed to "get out" that would show there was no policy approving the use of torture and that what had happened in Iraq and Afghanistan was aberrant. Undersecretary of Defense Douglas Feith, one of Rumsfeld's top neoconservative officials, insisted that everything had been "within what the law allows."

Rumsfeld said he hoped to receive more support from Congress. The Senate Armed Services Committee had been conducting hearings whose corrosive impact needed to be countered. Rumsfeld complained about Congress' "serial requests" for information. Yet he was even more upset by the subpoenas of defense officials issued by the special prosecutor in the case of Valerie Plame, the covert CIA operative whose identity was revealed as political retribution against her husband, former ambassador Joseph Wilson (for revealing that the administration's claim that Saddam Hussein was seeking yellowcake uranium in Niger to develop nuclear weapons was fraudulent). The Pentagon, Rumsfeld said, was nearly "at a stop" because of the subpoenas. (None of these subpoenas has been publicly reported.) He admitted he was startled by the uproar over Abu Ghraib: "There are so many international organizations."

On June 22, the White House released documents on its policy on torture, including a directive signed by Bush on Feb. 7, 2002, stating that he had "the authority under the Constitution" to abrogate the Geneva Conventions, that the Taliban and al-Qaida as non-signatories were not covered by them and that he had decided to "decline to exercise that authority at this time." Sen. Patrick Leahy, the ranking Democrat on the Judiciary Committee, remarked that the administration had revealed only "a small subset of the documents that offer glimpses into the genesis of this scandal."

Rumsfeld's damage control was simply one front in the expanding war for credibility by the Bush administration. Vice President Dick Cheney staged a preemptive strike last week by reiterating that Saddam and al-Qaida had a relationship and insinuating that they were in league. His intended target was the dangerously independent 9/11 commission, whose Republican co-chairman, Thomas Kean, told Cheney that there was "no credible evidence" that Saddam and al-Qaida had collaborated.

Bush entered the battle, repeating that there was indeed a "relationship," leaving the implication that it was intimate. Then Democratic commission co-chairman Lee Hamilton explained that al-Qaida had in fact approached Saddam seeking his help, but that it had been rebuffed. The rejection was the relationship. But Bush and Cheney's affirmative assertions made it seem that the relationship was affirmative.

The urgency of Bush's credibility crisis surfaced in the latest Washington Post-ABC News poll. It shows a collapse in Bush's standing on terrorism -- his strongest political asset -- a loss of 13 points since April, putting Kerry even on the issue and one point ahead in the presidential contest. But even more worrying is Bush's rating on trust. By a margin of 52 to 39 percent, Kerry is seen as more honest and trustworthy.

Since March 3, the Bush-Cheney campaign has spent an estimated $80 million on mostly negative advertising, concentrated in the swing states, to eliminate Kerry at the starting gate. Kerry is a familiar but still not particularly well-known figure. The Bush campaign calculated that Kerry's vague impression could be translated immediately into a negative: Kerry was a flip-flopper, was uncertain, couldn't be trusted, especially on national security. The strategy was the acceleration of the lesson of Bush's father's victorious effort in the 1988 campaign, when, 17 points behind in midsummer, he shattered Massachusetts Gov. Michael Dukakis with a withering negative attack. Now, not only is Bush's opponent moving ahead, but the failed assault may insulate Kerry against future offensives. Bush has withdrawn into his fortress of credibility.

Bush had every reason to believe that his attack on Kerry's image would succeed. After Sept. 11, he was able to impose his explanations on the public almost without resistance, and taint anyone who contradicted them as somehow unpatriotic. With Congress in Republican hands, checks and balances were effectively removed. Most of the media were on the bandwagon (like the New York Times with its WMD stories) or intimidated.

Cheney himself called the president of the corporation that owned one of the networks to complain about an errant commentator. Given the sprawling holdings of such conglomerates, ranging from defense contracts to amusement parks requiring dispensations in Gov. Jeb Bush's Florida, the threat level was undoubtedly sharp. Political aides directed by Karl Rove ceaselessly called editors and producers with veiled threats about access -- which was not granted in any case. The press would not bite the hand that would not feed it. A disputatious reporter from the Washington Post was even reassigned from the White House beat by his editors. But Bush's projection of images, lately Kerry's, can only faintly be seen on the screen, which is overwhelmed with Bush's past images of triumph unreeling in reverse.

The majority of Americans supported the war in Iraq because they believed that Saddam was involved in the terrorist attacks of Sept. 11. Bush envisioned the Iraq war unfolding into a new world order: a liberation resembling the liberation of France, democracy flowering throughout the Middle East and the Palestinians submitting quietly to Israeli Prime Minister Ariel Sharon's fiat. But the neoconservative prophesies were advanced by suppressing the skepticism of the U.S. intelligence agencies, military and State Department. Without deranging and dismissing the professionalism of the basic institutions of national security, Bush would not have been able to sustain his reasons. Bush's battle is not with images, but with the unraveling of his reality.