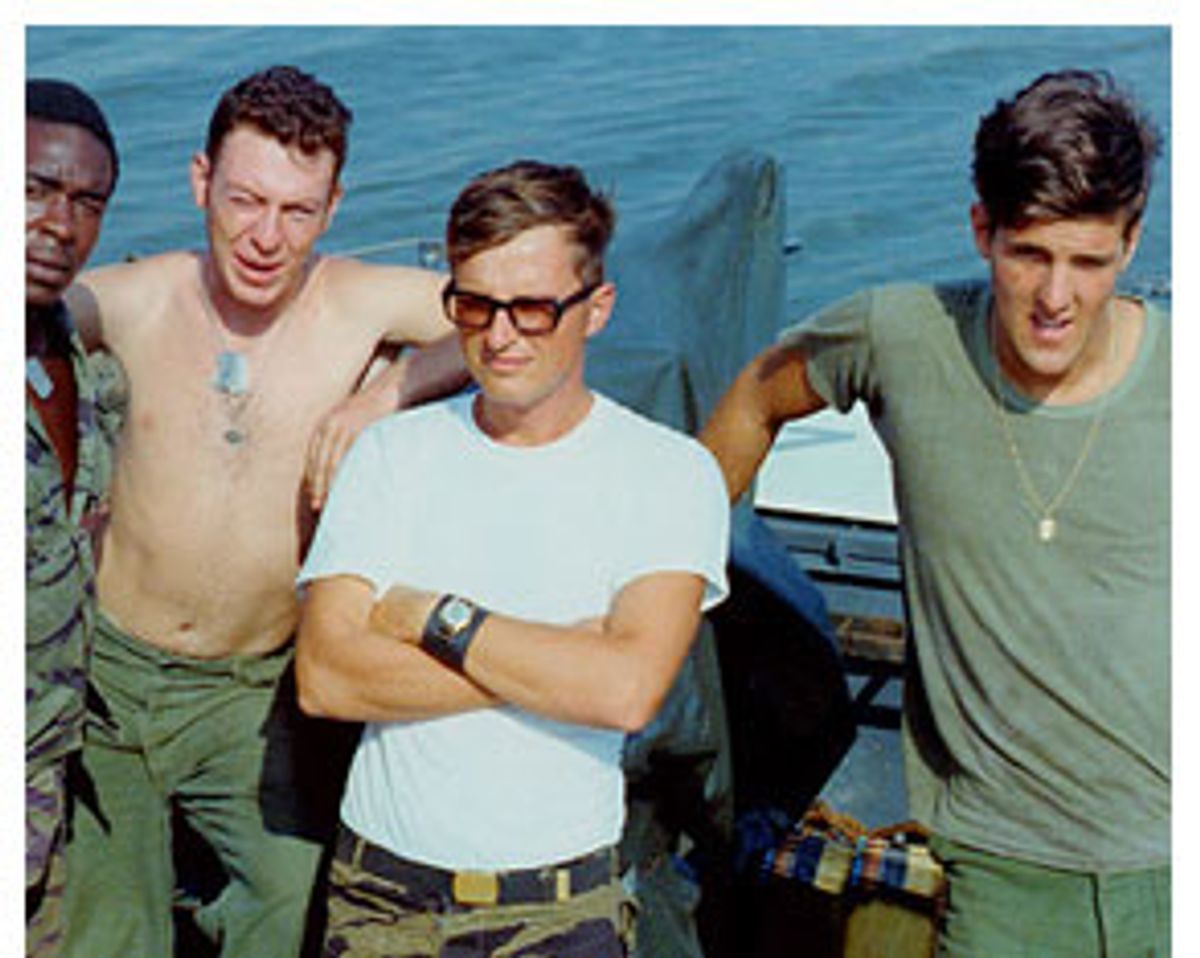 In 1971, John O'Neill was Richard Nixon's personal choice to attack Veterans Against the War leader John Kerry. Thirty-three years later, O'Neill is still on the attack. And as his recent lie on CNN shows, he has no more credibility now than he did then.

O'Neill was a naval officer and, like Kerry, commanded a swift boat in Vietnam. Nixon was anxious about the impact that Kerry, a decorated war hero, would have on public opinion. So he instructed his chief counsel, Charles Colson, to find someone to discredit Kerry. O'Neill, although he had never met Kerry in Vietnam, fit the bill. One night he was sent to face off with Kerry on "The Dick Cavett Show." By all accounts, the eloquent Kerry won.

Now O'Neill is back to try and complete the mission he failed to accomplish in the '70s. He is the lead author of "Unfit For Command: Swift Boat Veterans Speak Out Against John Kerry," a forthcoming book from Regnery, purveyor of right-wing smears. The book, which Matt Drudge is currently drip-feeding to his readers, includes claims that the war injuries for which Kerry was decorated were self-inflicted, that Kerry faked war reports and that he killed a Vietnamese teenager in a cowardly fashion.

Respected historian Douglas Brinkley, author of "Tour of Duty," has studied Kerry's Vietnam record exhaustively. "These are malicious fabrications in the heat of the election," Brinkley says. He adds that O'Neill; Adm. Roy Hoffman, his main source; and the other Swift Boat Veterans "are simply malcontents who have never forgiven Kerry for his actions in speaking out against the war. They seek retribution by fabricating stories to destroy him. Hoffman, in particular, lacks credibility. His claims against Kerry have changed frequently. And John O'Neill has zero credibility. He was -- and still is -- Richard Nixon's patsy."

O'Neill's credibility is best illustrated by a damning incident just three months ago. On April 20, O'Neill appeared on CNN's "Wolf Blitzer Reports," accusing Kerry of lying in his congressional testimony in 1971. But what TV viewers weren't aware of was that O'Neill was lying to the public from the first moment he appeared on CNN.

Prior to appearing on the show, he had assured Blitzer's producers that he had given no interviews in recent years, had not spoken publicly about Kerry and that this was therefore his first interview of the year.

Based on O'Neill's assurances, CNN had trumpeted the interview accordingly. Blitzer talked up O'Neill's appearance during the earlier parts of his one-hour show. "A veteran who once publicly debated John Kerry speaks out for the first time in several years!" And: "I'll talk live with Vietnam veteran John O'Neill, his first television interview in years. This will be a CNN exclusive!" Plus: "Today, John O'Neill is an attorney. This year, he has not given any interviews until now."

And then O'Neill appeared.

Blitzer: "Why have you decided you want to speak out against John Kerry right now?"

O'Neill: "I have no choice, Wolf. I would far rather be home or on the other side of a TV camera than being on television. I haven't been on television in many, many years."

The trouble is, O'Neill had given an extensive interview for a TV show that had aired nationally on Sunday, March 28. The interview was prominently featured in C-Span's signature political show, "The Road to the White House." It followed a broadcast by C-Span of the entire original "Dick Cavett Show," featuring Kerry and O'Neill. Also interviewed for the new sequence was Cavett.

C-Span producer Richard Weinstein confirmed that he had interviewed O'Neill approximately 10 days before the March 28 air date. "We tracked down John O'Neill and told him that we were going to broadcast the entire 'Dick Cavett Show' from 1971 on which he appeared and asked if he would be interviewed for our show. We asked him to share his memories. He agreed to be interviewed."

I asked Weinstein if there could have been any possibility that O'Neill had been confused and not realized that his interview was going to be used on TV. "No," Weinstein said. "He spoke to us before and after the interview. He was fully aware. I feel confident that he knew exactly what he was doing. He was giving an interview for us to air on C-Span TV."

Repeated calls to O'Neill and his representatives have gone unanswered.

Martin Lewis is a freelance writer based in Los Angeles.