Southern bliss is a bag of boiled peanuts. 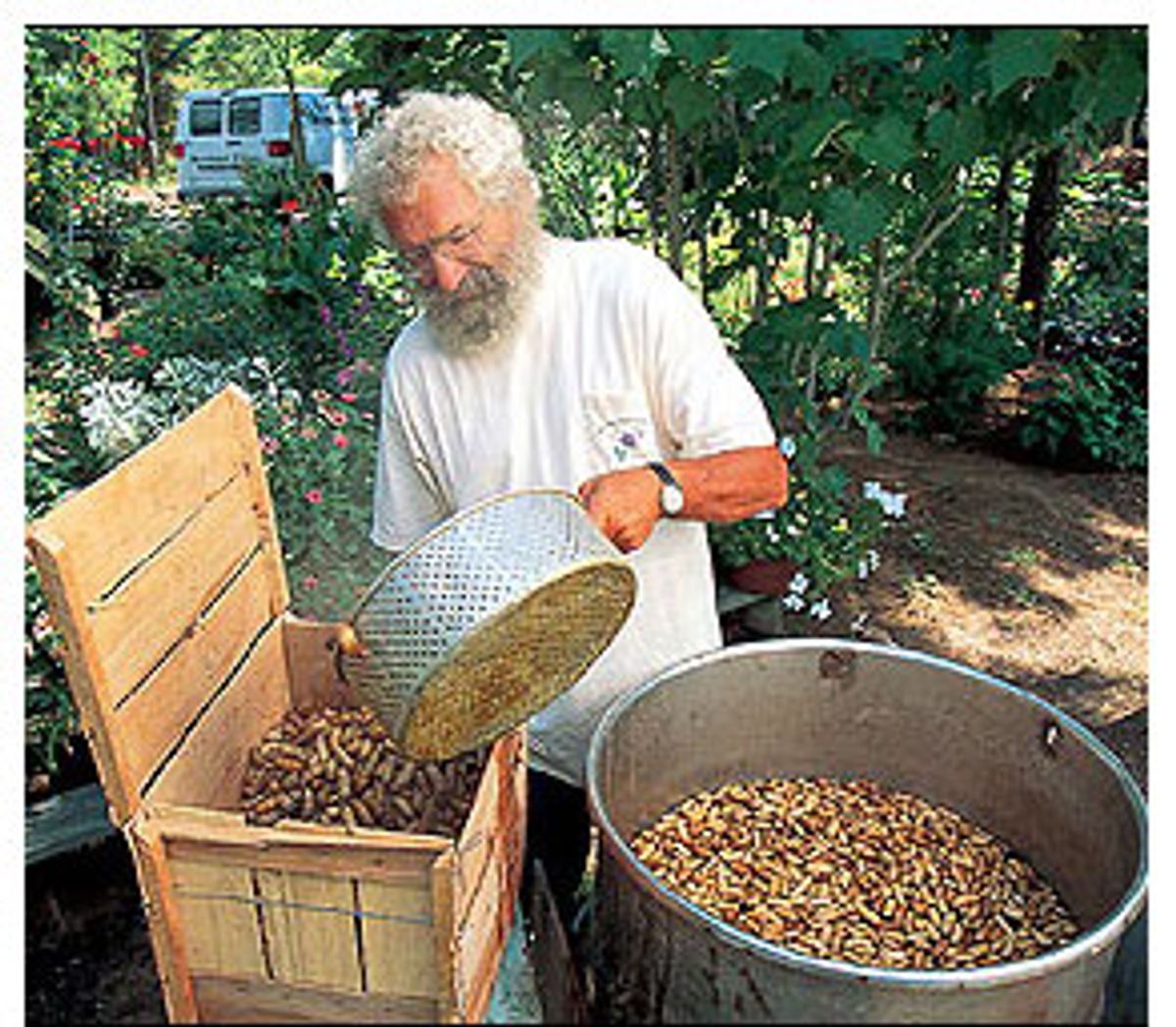 We were driving through South Carolina, from Charleston, where my family lives, southwest toward Beaufort. My Yankee husband was at the wheel. Startled, he edged onto the shoulder. I got out and ran back to a small stand, where a scruffy old guy stood next to a battered pot balanced on sawhorses. I bought a soggy bag from him and jumped back in the car.

''They look disgusting. Don't drip on the carpet.''

''You'll love them.'' I watched him cautiously shell and eat his first hot goober.

Boiled peanuts have been a Low Country institution since Sherman marched through Georgia. A Confederate army staple, peanuts became the subject of a popular soldiers' ballad: ''Peas, peas, peas, peas, eatin' goober peas! Goodness, how delicious, eatin' goober peas.'' During the lean years of Reconstruction, civilians learned to love them, too. Now they're sold at roadside stands that range from scrap-wood sheds to gleaming trailers, but it's also possible to find them at gas stations, farmers' markets and church bazaars.

Green, unshelled peanuts boiled in brine are chewy, moist and faintly nutty, but not like roasted peanuts -- they taste more like legumes, which, after all, they are. Some of the best goobers I've had lately were from the Rosebank Farm Stand on Johns Island, 10 miles southwest of Charleston, where Sidi Limehouse sells ''greens'' by the pound during peanut season, May through November. Limehouse refuses to use dried red Valencias, which are available year-round; he sticks to traditional white-skinned varieties such as North Carolina numbers 7 and 9. ''It's not even a close call,'' he says. ''White ones have better flavor, bigger nuts, than the reds. And the difference between eating greens and parched is like eating a vine-ripe tomato and one that's been gassed. Once the season is over, we're outta peanuts.''

Other stands add gimmicky spice blends or ham hocks to flavor the brine, but Limehouse, like most other Southerners, prefers his plain. Old-timers like to drop shelled nuts (boiled or parched) into a bottle of cold RC Cola and gulp the combo down. (Chew before you swallow.) Recently, on another visit home, I bought five pounds at Rosebank's, then called my husband in New York. ''Honey, put some Cokes on ice. I got the nuts for you.''