A dead girl, a tortured painter, boozy sex and dark family secrets fuel a deceptive saga that travels from repressed England to wide-open New York to a Graham Greene tropical setting that feeds art but eats the soul. 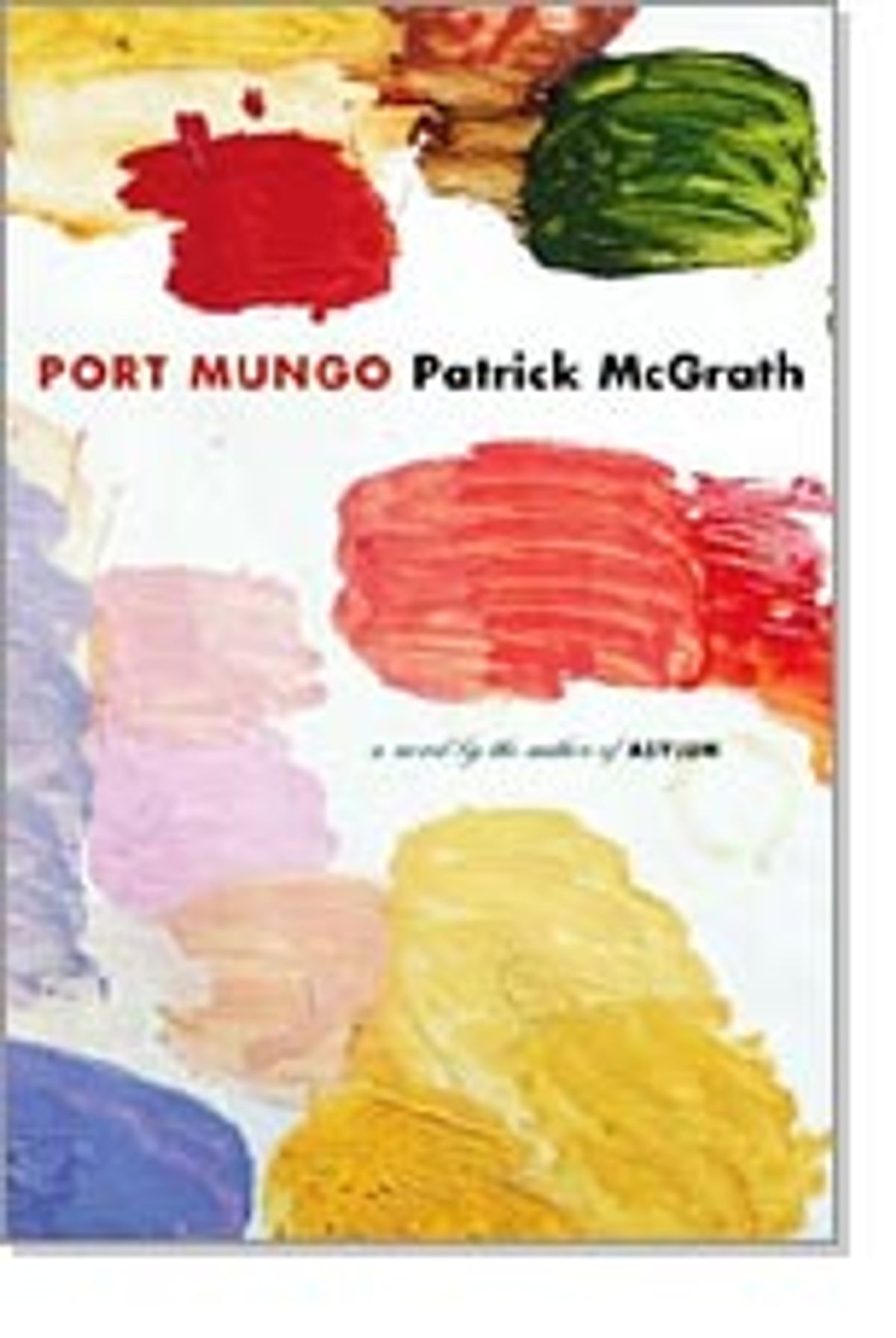 British novelist Patrick McGrath is the acknowledged master of the super-unreliable narrator. So one would be wise to approach Gin Rathbone, the "tall, thin, untidy Englishwoman" who narrates his new book, "Port Mungo," with considerable caution. But Gin isn't deranged after the fashion of the nut-case narrators of McGrath's "Spider" or "Dr. Haggard's Disease" -- or rather, she's deranged in her own uniquely repressed and uniquely English way.

The story of Gin and her rangy, charismatic brother Jack, a tormented painter she believes to be a genius (and whom we suspect, quite early on, may be something quite different), is not perhaps as harrowing as the dark psychological sagas of McGrath's earlier novels. But it's a rough enough ride on its own terms, and "Port Mungo" is an enthralling and eventful yarn, fueled by sex and family secrets, that careens from the west of Ireland to London to New York's SoHo art ghetto in the fecund 1970s to the seedy tropical backwater that lends the novel its title. (Connoisseurs of the Caribbean coast of Central America can debate what real-life city Port Mungo most resembles; my money is on Puerto Barrios, Guatemala.)

McGrath has constructed a complicated chronological jigsaw puzzle; Gin provides us with several different simultaneous and overlapping times and places. Here is the crumpled, middle-aged Jack, living off Gin in New York after the death of his teenage daughter Peg in Port Mungo -- and, later still, being reunited with Anna, the younger daughter who was spirited away to England after Peg's death. Here is the cocksure 17-year-old Jack, as a London art student, seducing and being seduced by Vera Savage, a drunken, blond painter 13 years his senior. Or the even younger Jack, conducting the terrified Gin in a small boat into a black squall off Achill Island in County Mayo. Here is Gin surprising Jack as their tutor, the improbably named Miss Splendour, provides him with a little extracurricular service.

It's clear from the first few pages of "Port Mungo" that all is not right with the Rathbones, and Gin herself seems aware, though perhaps not as aware as she should be, that her intense relationship with her brother is a little, well, excessive. To the extent that "Port Mungo" is a mystery built around a set of questions about the Rathbone family -- how did Peg die? Why is Vera such an incorrigible tramp and alcoholic? Why was Anna abruptly sent off to be raised by her bourgeois Uncle Gerald? -- you'll probably figure out the answers long before the book is over.

But perhaps the mysteries of "Port Mungo" are only devices McGrath uses in order to take us elsewhere; this is the kind of book that plants a seed in your mind that will germinate days or weeks later. McGrath is painting on a larger canvas than in his earlier works, and at the same time aiming for a subtler effect. One can't avoid thinking of the parallels between the book itself and the sweat-and-booze-soaked "tropicalist" paintings Jack creates in Port Mungo, which seem both to be the finest works of his career and to provide evidence of his mental and moral decline.

In writing about the kinds of people his readers are likely to know, instead of those they're likely to avoid on the street, McGrath is trying to illustrate the pitfalls and self-deceptions of both the artistic life and so-called normal existence. Gin and Jack aren't crazy or evil, exactly. They're attractive but badly damaged people -- damaged in ways they can't quite grasp -- and at least one of them (maybe both) has done inexcusable things. In that, they're like a lot of us. If "Port Mungo" in the last analysis isn't quite the masterwork McGrath has set out to write, it's still a mesmerizing tropical tale with unforgettable characters, and an intriguing new direction for this supremely talented novelist.

Our next pick: The Sherlock Holmes of Ceylon believes that all crimes can be solved -- but his own nation's history argues the opposite