"Strange But True" by John Searles

Part thriller, part mystery, part coming-of-age fable, this story of a high-school quarterback's tragic death -- and a most unlikely pregnancy -- will hold you transfixed. 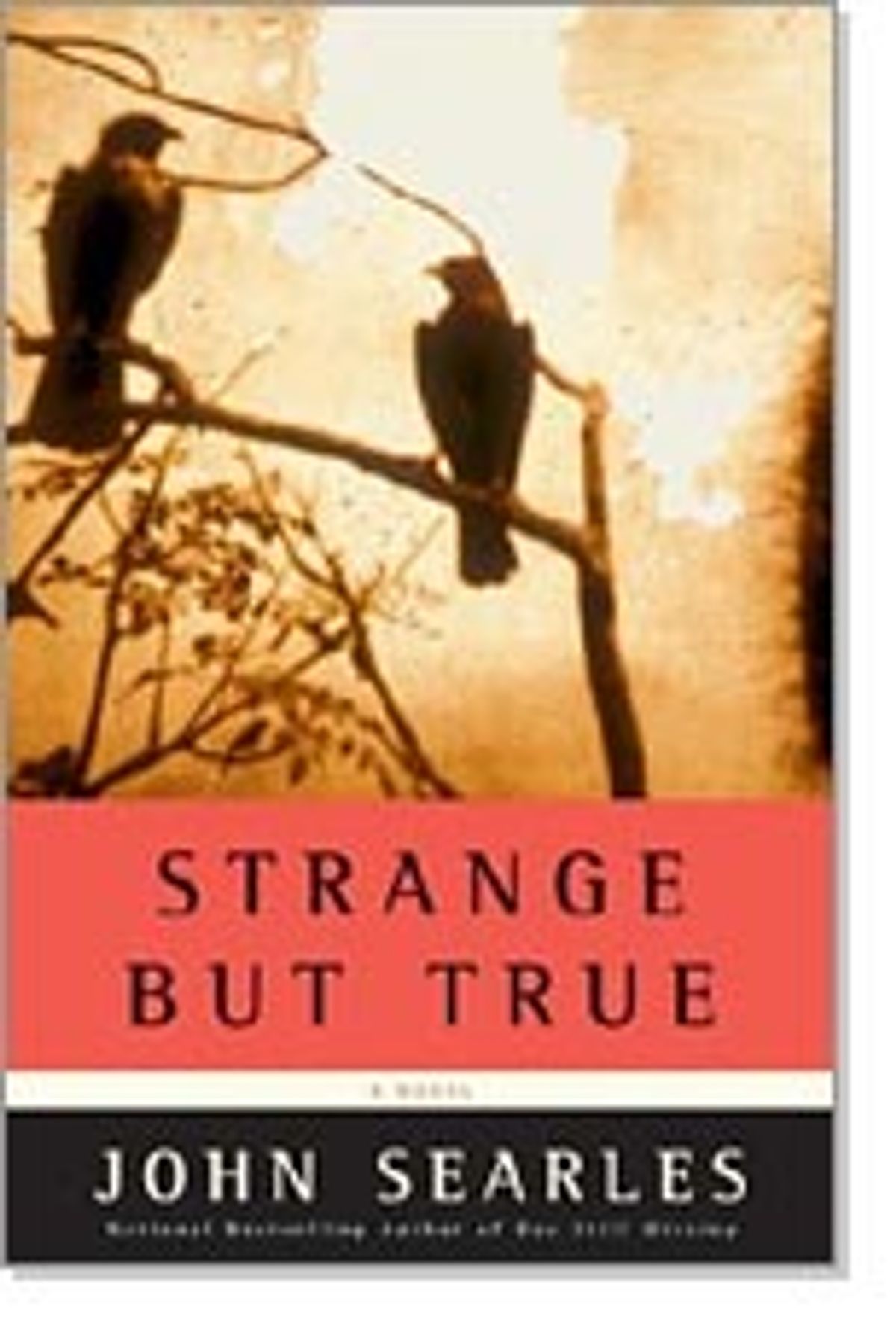 The ominous late-night phone call may be one of the oldest tricks in the mystery writer's bag, but that's because it works. Who can resist an attention-grabber like this one, the opener to John Searles' second novel, "Strange But True": "Almost five years after Ronnie Chase's death, the phone rings late one windy February evening."

Ooh. Death. Dreary weather. Remorse. Suspense. Just what we need during the last, hottest days of summer. Fortunately, "Strange But True" delivers on the promise of this tried and true trope, and from the moment Philip Chase (Ronnie's brother) picks up the phone, I felt powerless to put this book down.

We quickly learn that Ronnie Chase was a popular high school quarterback who was killed in a limo accident on the night of his senior prom. Ronnie's family -- his stubborn mom, Charlene, his supportive doctor dad and a lost-yet-searching older brother -- promptly yet completely unraveled at the news of their golden boy's untimely death. Yet none were as devastated as sweet Melissa Moody, Ronnie's girlfriend, who was riding in the limo with him when it crashed. Melissa survived, but barely, and her face, body and spirit were left permanently scarred.

After a five-year absence during which the remaining Chases scatter up and down the East Coast, Melissa rings the family home with a shocking announcement. She's pregnant, and she insists that Ronnie is the father.

Philip, who has just moved home after a failed attempt at a writer's life in New York, is more open to the news (or at least more open to his brother's pitiful girlfriend) than is his mother. In the years since her son's death, Charlene has become a bitter witch who spends her lonely days listing all the people she hates. She violently berates the fragile young girl for dropping such a preposterous bombshell on her and her oldest son, and orders Melissa to stay out of their lives.

Even though Melissa tries to lie low, her relationship with Ronnie has linked her fate, and the fate of her unborn child, to all the members of Chase family. None of them know it at the time, but Melissa's inexplicable pregnancy is the juicy center of a tasty plot involving sex, drugs and murder. (I told you this was a perfect summer book.)

Searles, a book editor for Cosmopolitan magazine, has said that the idea for "Strange But True" came to him while he was riding home on the New York subway, and that he wrote the story by hand in three weeks. It's not hard to imagine Searles hurtling beneath Manhattan, watching the chapters flash before him like scenes from a movie. That's exactly how it feels to read "Strange But True." This is one of those rare books that even a die-hard bibliophile would beg to see made into a movie -- not because we want to see the story "come alive" visually, but because it already seems to exist in the cinematic world.

The characters are vividly alive; each chapter opens with a character-focused shot that sets the mood ("Philip is parked outside the Olive Garden Restaurant, looking over his midterm poetry portfolio and killing time before his shift") and a closing that fades into black ("Philip feels as though he could drive on forever. And still the memory of those words would not be far enough behind"). Searles writes with such clear, efficient prose that barely an adverb would be lost on-screen.

Like most magazine editors, Searles has complete control of his story. "Strange But True" is like a carefully ordered set of snapshots, depicting what the characters' lives were like before the watershed moment of Ronnie's death, and what has become of them since that awful night. There's a lot going on: We're asked to follow about five different subplots (Philip's lonely years in New York, for example, could have been published as a separate short story), all of which are constantly being put on pause just as the action gets good. We're also asked to keep track of each individual character's emotional whereabouts. But we have complete confidence that Searles is going to pull it together for us at the end. And he does -- in that delicious "aha!" moment, all our questions are answered so thoroughly, and all the details fall in place so nicely, that we don't mind that the thrilling climax of the story is just a little far-fetched.

"Strange But True" is difficult to classify: It's a thriller, a mystery, a family drama, a collection of character sketches and even a coming-of-age story. But with Searles' knack for knowing exactly when our mind is drifting (perhaps toward when to reapply sunscreen or refresh our lemonade), it's certainly not difficult to finish.

Our next pick: The Egyptologist who dreams of glory and the cynical detective, years later, who yearns to expose him as a fraud