Bush lives in a world immune from the realities of Iraq. 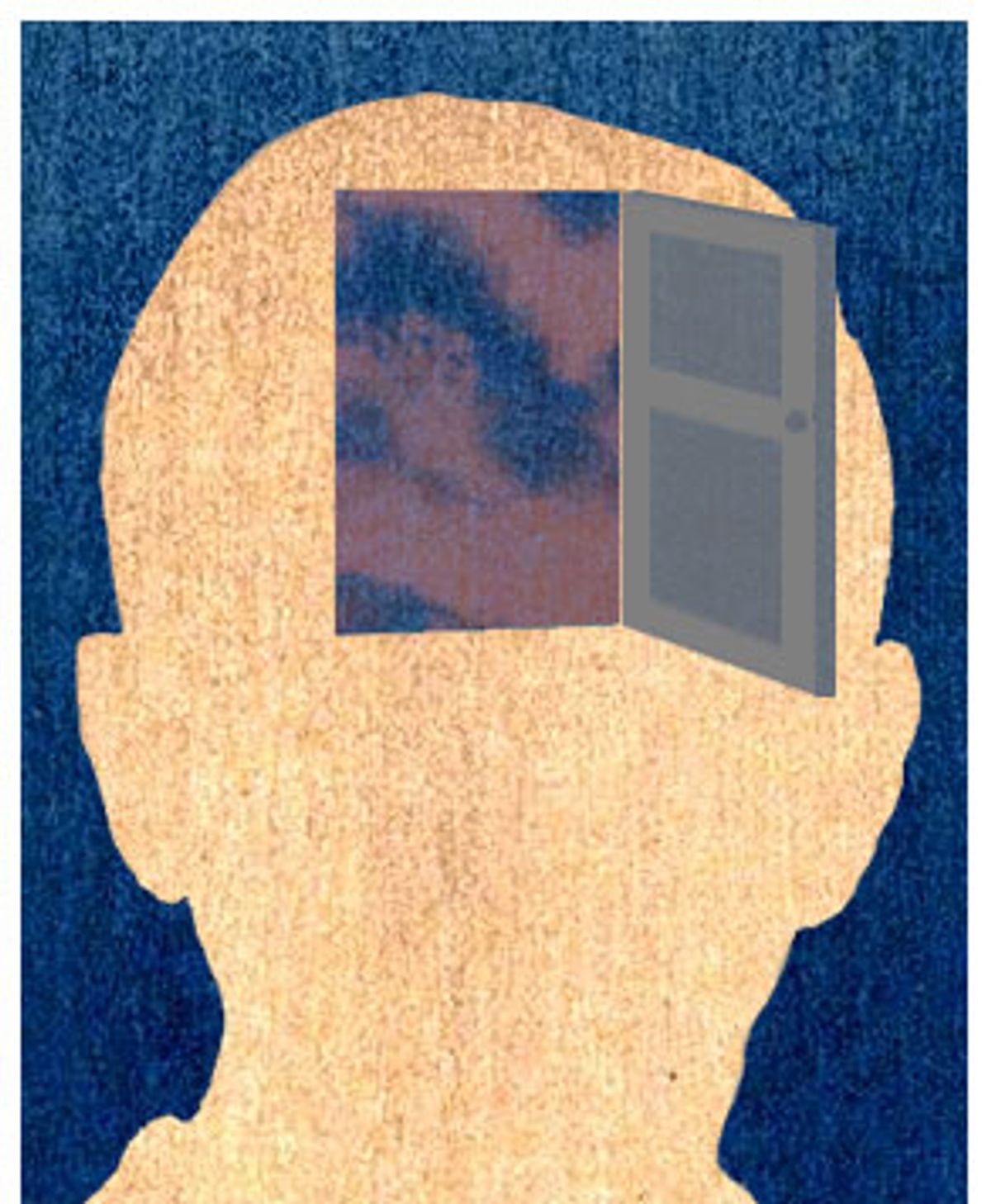 The news is grim, but the president is "optimistic." The intelligence is sobering, but he tosses aside "pessimistic predictions." His opponent says he has "no credibility," but the president replies that it is his rival who is "twisting in the wind." The secretary general of the United Nations speaks of the "rule of law," but Bush talks before a mute General Assembly of "a new definition of security." Between the rhetoric and the reality lies the campaign.

A reliable source who has just returned after assessing the facts on the ground for U.S. intelligence services told me that in Iraq, U.S. commanders have plans for this week and the next, but that there is "no overarching strategy." The New York Times reports an offensive is in the works to capture the insurgent stronghold of Fallujah -- after the election. In the meantime, Abu Musab al-Zarqawi and other al-Qaida-linked terrorists operate from there at will, as they have for more than a year. The president speaks of new Iraqi security forces, but not even half of the U.S. personnel have been assigned to the headquarters of the Multinational Security Transition Command.

Bush's vision of the liberation of Iraq as the restaging of the liberation of France -- justified by his unearthing of Saddam Hussein's fearful weapons of mass destruction; paid for by the flow of cheap oil; and leading to the establishment of democracy, regime change in Iran and Syria, and the quiescence of stunned Palestinians -- has melted before harsh facts. But reality cannot be permitted to obscure the image. The liberation is "succeeding," he insists, and only pessimists cannot see it.

In July, the CIA delivered to the president a new National Intelligence Estimate that details three gloomy scenarios of the future of Iraq ranging up to civil war. Perhaps it was his reading of the NIE that prompted Bush to remark in August that the war on terrorism could not be won, a judgment he swiftly reversed. But at the United Nations, Bush held a press conference at which he rebuffed the latest intelligence: "The CIA laid out a -- several scenarios that said life could be lousy, life could be OK, life could be better. And they were just guessing as to what the conditions might be like."

With that, Bush explained that for him intelligence is not to be used to inform decision making but to be accepted or rejected to advance an ideological and political agenda. His dismissal is an affirmation of the politicization and corruption of intelligence that rationalized the war.

In his stump speech, repeated word for word across the country, Bush says that he invaded Iraq because of "the lesson of September the 11th." WMD go unmentioned; now the only reason Bush offers is Saddam Hussein as an agent of terrorism. "He was a sworn enemy of the United States of America; he had ties to terrorist networks. Do you remember Abu Nidal? He's the guy that killed Leon Klinghoffer. Leon Klinghoffer was murdered because of his religion. Abu Nidal was in Baghdad, as was his organization."

The period of Klinghoffer's murder in 1985 on the Achille Lauro by Abu Abbas, in fact, coincided with the period of U.S. courtship of Saddam, marked by the celebrated visits of Donald Rumsfeld, then Middle East envoy. The United States actively collaborated with Iraq in intelligence exchanges and materially supported Saddam in his decade-long war with Iran (which ended in 1988), including authorizing the sale of biological agents for Saddam's laboratories, a diversification of his WMD capability.

The reason was not out of idealism but necessity: the threat of an expansive, Iranian-controlled Shiite fundamentalism to the entire Gulf.

The policy of courting Saddam continued until his invasion of Kuwait. But the policy of realpolitik prevailed when U.S. forces held back from capturing Baghdad for larger geostrategic reasons. The first Bush administration grasped that in potential future wars after the Cold War, the United States required ad hoc coalitions to share the military burden and financial cost. Going to Baghdad would have violated the U.N.-sanctioning resolution that gave legitimacy to the first Gulf War as well as created a nightmare of "Lebanonization," as then-Secretary of State James Baker called it.

Realism prevailed; Saddam's power was subdued and drastically reduced. It was the greatest accomplishment of the first President Bush. When he honored the U.N. resolution, the credibility of the United States in the region was enormously enhanced, enabling serious movement on the languishing Middle East peace process. Now the second President Bush has undone the foundation of his father's work, which was built upon by President Clinton.

The success of Bush's campaign depends on the containment of any contrary perception of reality. He must evade, deny and suppress it. His true opponent is not his Democratic foe -- called unpatriotic and the candidate of al-Qaida by the vice president -- but events. Bush's latest vision is his shield against them. He invokes the power of positive thinking, as taught by Emile Coue, guru of cheerful auto-suggestion in the giddy 1920s, before the crash, who urged mental improvement through the constant repetition of "Every day in every way I am getting better and better."

It was during this era of illusion that T.S. Eliot wrote "The Hollow Men": Between the idea / And the reality / Between the motion / And the act / Falls the Shadow."