Julianne Moore, as a mother struggling to hang on to the memory of her young son, pretty much single-handedly carries this spooky thriller. 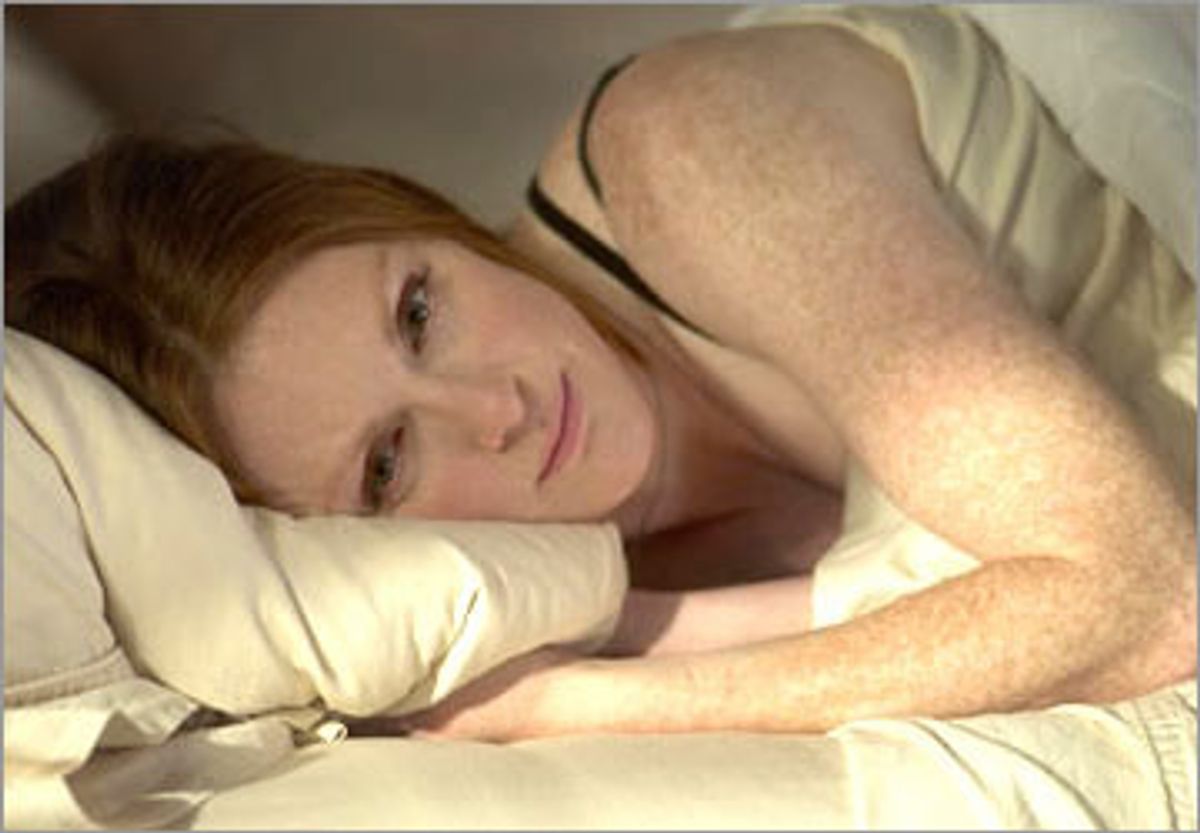 In "The Forgotten," Julianne Moore plays a woman who's desperate to hang on to the memory of her 8-year-old son, who has been killed in a plane crash. Her husband (played by Anthony Edwards), her shrink (Gary Sinise) and various neighborhood friends are sympathetic to her mourning process -- to a point. But before long, they're giving her pitying looks and gently informing the poor dear that she never had a son to begin with.

Her memory becomes increasingly unreliable on small things, such as where she parked the car and whether or not she has accepted a cup of coffee that has been offered to her. Just as we begin to suspect she may be truly loony, she connects with another parent (Dominic West) who may have lost his child, a daughter, as well. The two set off to find their possibly imaginary kids, turning "The Forgotten" into a road movie of sorts, one that brings these two frantic pilgrims from their Brooklyn, N.Y., homes to cozily rustic motel rooms and eerie, remote airplane hangars in search of the truth.

As they get closer to uncovering the secret of their phantom kids, one poor schmuck they press for information informs them, "The goddamn truth won't fit in your brain. It won't fit in anybody's brain." Unfortunately, that's somewhat true of the whole movie.

"The Forgotten," directed by Joseph Ruben ("The Stepfather," "Sleeping With the Enemy"), begins as a perfectly reasonable thriller and ends up rather an inane one. Still, through the first two-thirds at least, you hang onto hope that it's going somewhere interesting. And in addition to setting up a few extremely effective leap-out-of-your-seat moments, Ruben does maintain tight control of the movie's tone and pacing: "The Forgotten" often feels vaguely absurd, but a faint spookiness often shimmers through its silliness. Until the climax, at least, it's not as conveniently dismissable as you might think.

"The Forgotten" is more interesting as a psychological study than as a thriller, partly for reasons that become apparent as you watch the movie (explaining further would give the game away), and partly because of Moore's performance here, which is remarkable. As a performer, Moore is as translucent as her skin: She always reveals the characters she plays in subtle stages, giving us glimmers of information that build in intensity scene by scene. Her performances are mosaic-like, stippled with gracefully shifting light and texture.

Here, she makes us feel the weight of her character's grief, but her sorrow is tinged with enough fierceness to keep the whole portrayal from crumpling into a sodden mess. The script, written by Gerald DiPego, threatens to trot out all those groaner tropes about the power of the mother-child bond. But Moore plays her character's commingled grief and determination so straight that there's no need for groaning.

Like one of those apocryphal supermoms capable of lifting two-ton trucks off their trapped children, Moore carries "The Forgotten" pretty much single-handedly, making it feel more significant and weighty than it really is. Capable, unhysterical and loving without being sentimental, she's just the kind of mom you'd want if you were a lost or missing kid -- or even just an imaginary one.