George Butler's crisp, informative documentary underscores an essential idea that we seem to have lost track of: That politicians are our servants -- not our bosses. 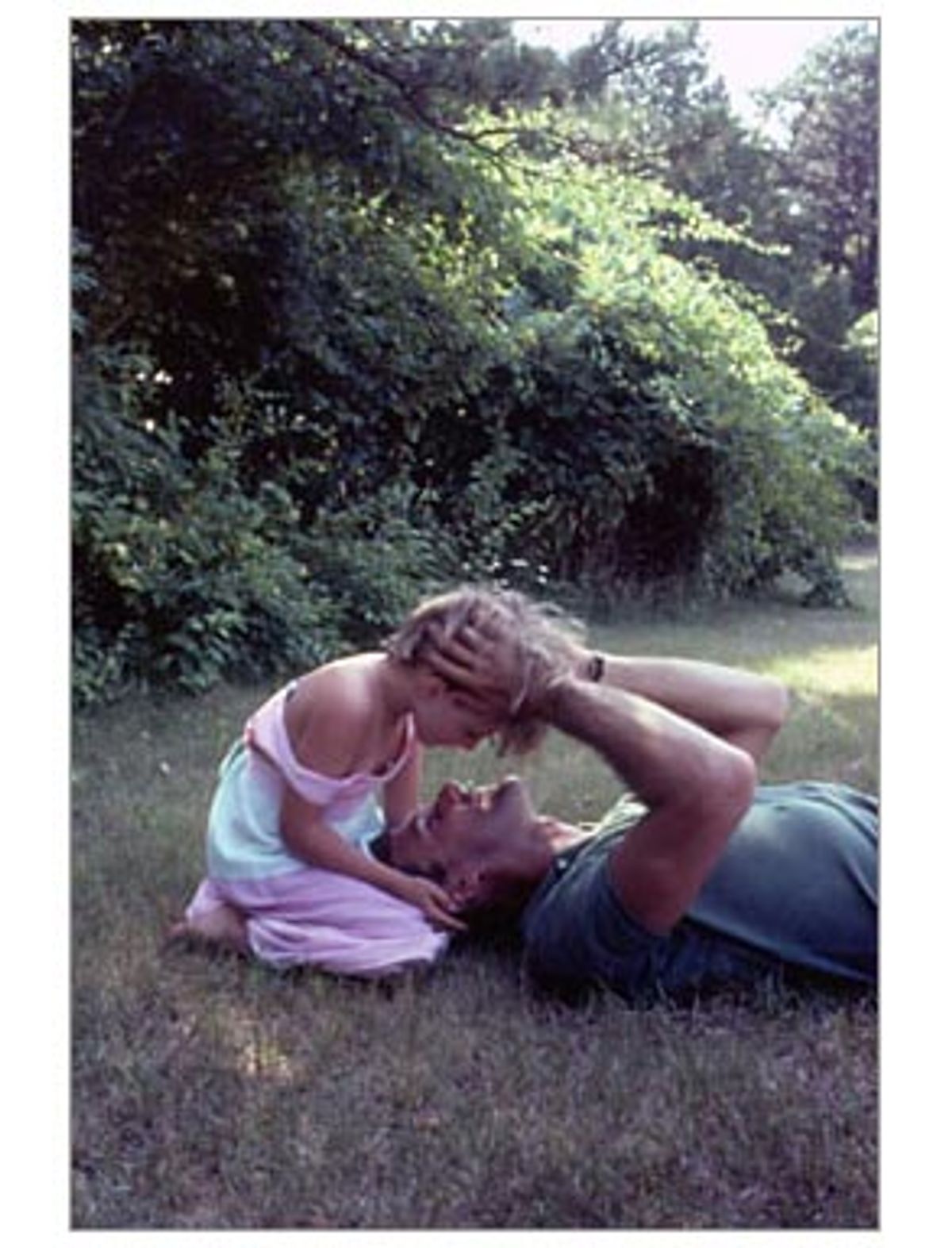 The subtitle of George Butler's crisply made and informative documentary "Going Upriver: The Long War of John Kerry" says it all: For the one current presidential candidate who actually went to Vietnam, the war wasn't just long -- it's not even over.

While liberal-leaning movie audiences may be exhausted by the spate of political or issues-related documentaries that have flooded our neighborhood theaters since last spring -- from Jehane Noujaim's illuminating "Control Room" to Michael Moore's passionate but gassy polemic "Fahrenheit 9/11" to Harry Thomason and Nick Perry's smart and, in places, unspeakably moving "The Hunting of the President" -- it's my duty as a citizen and a critic to rally you for just one more: "Going Upriver" is yet another political documentary that's likely to be seen mostly by people sympathetic to the Democratic cause. But even though "Going Upriver" is hitting theaters just weeks before one of the most crucial elections in modern history, the issues it raises aren't important solely because they could have an impact on that election -- even after November, they won't have gone away.

"Going Upriver" covers the college years of John Kerry, his four-month tour of duty in Vietnam, and, most significantly, his leadership role in the Vietnam Veterans Against the War (VVAW) upon his return. Whether Kerry is your kind of leader or not is immaterial: "Going Upriver" is really an exploration of what we used to call, when our leaders actually had them, leadership qualities. And it underscores a seemingly basic and essential idea that has somehow been lost over the past four years and continues to be obscured in the campaign currently being waged: that politicians are our servants -- not our bosses.

"Going Upriver" opens with home-movie footage of the young John Kerry doing ordinary things (like sharing a sibling's birthday celebration) and things that are generally available only to kids with certain economic advantages (like skimming down ski slopes). Kerry's father was a diplomat, which certainly translates into a kind of privilege, but there's still something resolutely down to earth about this home-movie footage: These are New Englanders who aren't afraid to be New Englanders, as opposed to those who masquerade as Texans.

Later footage, from Kerry's days at Yale, shows a serious-looking, well-groomed kid, active in sports but already leaning toward public service. His college roommates -- among them his close friend Danny Barbiero, who also went to Vietnam -- recall the way he'd dash from one student-group meeting to another. Kerry also held a part-time job at Stop-n-Shop, collecting bottles. "John didn't have a lot of money," Barbieri says, waiting just a half beat before he adds the kicker: "He still owes me money."

One of Kerry's other roommates, Harvey Bundy, was the nephew of William Bundy, a foreign-policy adviser to Presidents Kennedy and Johnson (and coauthor of the Gulf of Tonkin Resolution). According to Harvey, William helped influence Kerry's decision to join the Navy, asserting that the government needed educated kids like him to lead in Vietnam. Footage from the time, circa 1965, shows Kerry, looking both upstandingly reputable and youthfully idealistic in a jacket and tie, expounding on his sense of duty: "Commitment, just by the meaning of it, is something that comes from within you."

The Vietnam footage Butler includes in "Going Upriver" can only suggest the ways in which Kerry's ideas of commitment must have been tested overseas. Butler is a close friend of Kerry's: He followed Kerry's VVAW activities closely and conducted a filmed interview with him in 1970, portions of which are included here.

Kerry didn't provide a contemporary interview for "Going Upriver," and was not involved in the making of the movie. But he did provide Butler with the Super-8 footage he shot during the course of his Swift boat command. Kerry speaks of the sight of a young Viet Cong soldier, shot dead and left in a field. The man is wearing a simple blue shirt, not a uniform, and he died without medals or honors: "Nothing to justify his death except what he died with, and what he died for," Kerry said to Butler in 1970.

The footage Kerry brought home, and which we see here, puts a concrete image with the words. In a campaign in which all the horse balls being flung at Kerry, from the likes of George W., Dick Cheney and the Swift Boat Veterans for Truth (sic), seem to be sticking, that image should, by all rights, mark a turning point: Because Kerry, at least, was there, a fact that seems to count for astonishingly little among the pucky-throwers on the right.

Some of the most affecting footage in "Going Upriver" comes from veterans who spoke at the 1971 Winter Soldier Investigation, a group of vets who gathered to make public statements about the atrocities they'd witnessed. (The event was organized by the VVAW; Kerry was in attendance, and the experience inspired him to take a more active role in the VVAW, including helping to organize the weeklong Dewey Canyon III demonstration later that year.) One soldier holds up a photograph of himself, one that he says makes him deeply ashamed: "That's me -- holding a dead body, smiling." Another VVAW activist, Rusty Sachs (who, like many of the vets here, appears in both vintage film footage and contemporary interviews, often to great effect), states that while he was given the bare outlines of the Geneva convention rules in case he were to be captured, he was told nothing about how he ought to treat any prisoners he seized himself.

Swift Boat Veterans for Truth are decrying Kerry's claims, made while testifying before the Senate Foreign Relations Committee in 1971, that atrocities were committed in Vietnam. Aside from the fact that those atrocities are a matter of public record (although, of course, not all veterans are guilty of committing them), SBVT have completely ignored the much more recent history of Abu Ghraib -- and, perhaps even more important, they've conveniently blinded themselves to the reality that atrocities occur in every war. Without hammering the point, "Going Upriver" bluntly suggests that this is a particularly bad time to ignore the realities of Vietnam.

As far as the Swift Boat Veterans for Truth go, "Going Upriver" deals with them almost without deigning to mention them. Butler includes early '70s footage of the young John O'Neill, now one of the most vocal SBVT members, going head-to-head with John Kerry on "The Dick Cavett Show." Kerry fields O'Neill's attacks succinctly and eloquently (suggesting, perhaps, that Kerry was a much more concise speaker before he became a politician). Butler also points out something that casual followers of the SBVT controversy may not know: That O'Neill, then a spokesperson for a group called Vietnam Veterans for a Just Peace, was handpicked by Nixon henchman Chuck Colson as a counterweight to Kerry's passionate antiwar efforts. The Nixon administration, fearing that Kerry might wield influence that could be dangerous to them but failing to dig up any dirt on him, instead did everything they could to prop up O'Neill and his group.

Which means that in 2004, the creepy, webbed hand of Nixon reaches out from beyond the grave: He may be dead, but his influence lives on. Of course, in the current political (and media) climate, O'Neill's history as a Nixon spudling is likely to elicit only a passing glance, if that. But it's just one of the small puzzle pieces that Butler pulls into "Going Upriver" that illuminate not just John Kerry's past, but the way that past dovetails with the present.

"Going Upriver" isn't a perfect film: At times, it feels like campaign propaganda. And Butler doesn't address the controversial fact that at the Dewey Canyon III demonstration, when many disillusioned vets threw their medals over a hastily erected fence around the Capitol steps, Kerry threw another vet's medals but not his own. That omission is particularly stinging, considering that many of the vets who did throw their medals (among them the eloquent and succinct Bobby Muller, who, in 1969, was left paralyzed from the chest down when a bullet severed his spinal cord) speak on-camera about how difficult it was for them to let go of these small, seemingly meaningless pieces of metal.

But its obvious pro-Kerry stance aside, "Going Upriver," unlike some of the other documentaries that have been released this year, will maintain its value even after the elections are over. Butler isn't just an FOJ (friend of John's), but a filmmaker who knows how to put images together into a meaningful and engaging whole. (His other documentaries include "Pumping Iron" and the fine "The Endurance: Shackleton's Legendary Antarctic Expedition.") "Going Upriver" gives us a portrait of John Kerry as a committed and thoughtful young man whose ideals were put to the test during warfare, and whose sense of integrity led him to later question the motives of the country he had willingly fought for.

One of the main points of "Going Upriver," I think, is that questioning your country is one of the most democratic -- small "d" -- acts you can undertake, and one that Kerry, whether you love him or hate him, didn't shy from. And that footage of the youthful Kerry, handsome in that Jay Leno-ish way but far too serious to be anything close to sexy (at least not in an obvious way), opens up some other questions about how we choose our leaders, what makes us "like" or "dislike" them, even aside from the specifics of policy issues. What do we look for in a president, in the person we elect to serve us? A good-student type? An articulate and passionate spokesperson? A person with a sense of fairness and a sensitivity toward injustice?

Every generation complains about "kids today" and wonders what kind of leaders they'll make tomorrow. Laziness, evasiveness and an affinity for partying wouldn't have been considered good leadership skills in the 1960s, when John Kerry and George W. Bush were students at Yale. But somehow, those qualities went into the making of a president. Kids yesterday: God help us.

If nothing else, "Going Upriver" reminds us that a commitment to public service isn't the old-fashioned, outmoded idea it has somehow come to seem. It's a quality we should be deeply attuned to, in our current leaders and our future ones. We have to believe there's hope for tomorrow -- a tomorrow that means November and beyond.