This week the airwaves and gossip columns offered a startling view of supposedly sophisticated New Yorkers in all of their racist, classist glory. 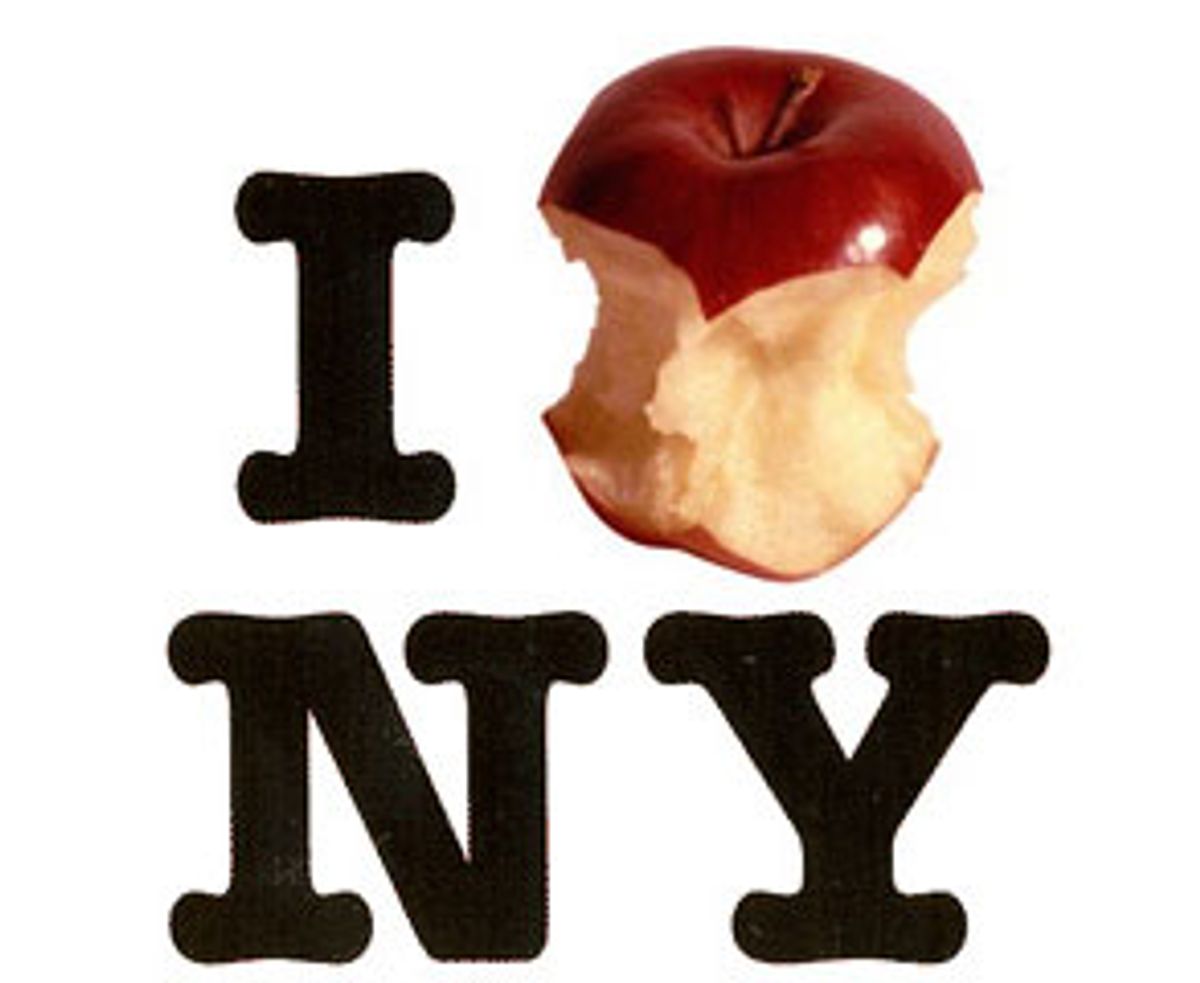 Welcome to New York, a city whose citizens are so forward-thinking that we often like to talk about seceding from the Union. We're a metropolis so left-leaning, in a state whose electoral votes will so obviously go to John Kerry, that they don't even bother to air political ads on our rarefied airwaves. We can cast our votes for Ralph Nader without fear of consequences. Here in New York, we're so blue we're purple. Just yesterday, the New York Times carried a story about how enlightened Gotham political activists have so little work to do here that they are taking to the road, opening up closed minds in benighted swing states like Pennsylvania, Ohio and Florida.

But happily, our activists won't have to knock on every door in the nation to give the rest of the country a good window on our way of thinking. No, thanks to this week's national television programming and pop culture coverage, everybody's getting a pretty great view. In the past few days, a number of New Yorkers have graced the airwaves and gossip columns, offering the country a window into their sophisticated perspectives.

First, hotel heiress Paris Hilton, who was reared (so to speak) at New York's Waldorf-Astoria Hotel and made her name dancing on the city's most expensive tables, turned up in a new trove of tapes that show her having sex with people. Hilton has this fall already made her thoughts on class in America more transparent to her fans in her autobiography "Confessions of an Heiress." In a section called "Slumming It," Hilton confessed that she has used New York's public subway system, but that "it smells. It literally smells like pee. Why can't they do anything about that? Does anyone ever clean down there?" This week, the new sex tapes have portrayed her sensitivity to race. In one of the videos, Hilton reportedly waits until two African-American men who have been speaking to her about modeling their fashion line are out of earshot before calling them "dumb niggers."

Then there is freshly canned "The Apprentice" star Jennifer Crisafulli, a real estate agent at lux New York firm Douglas Elliman. At the beginning of this second season of Donald Trump's televised job interviews, Elliman was so proud of their celebrity broker that they took out an ad congratulating her on being "One in a Million." She sure was. On Wednesday night's episode of "The Apprentice," during which the competing teams of baby moguls had to open restaurants and get judged by Zagat reviews, Crisafulli headed the losing team. Back in the suite with her teammates, she began to speculate about which of their kvetchy restaurant diners might have torpedoed the team's reviews. "It was those two old Jewish fat ladies," she said. "They were like the pinnacle of the New York jaded, old bags." Nimbly folding ageism, anti-Semitism, and a distaste for the overweight into a single sentence, Crisafulli was later fired by Trump, though technically it was because she was a terrible leader, not because she was full of bile. It looks like Crisafulli is also getting fired from Elliman.

But perhaps the most fascinating glimpse into New York's expansive psyche came just after "The Apprentice," on an episode of ABC's "Wife Swap" in which Upper East Side rich guy Steven Spolansky (three kids, four nannies, a housekeeper, less than one hour spent with his kids each day) traded his hard-shopping wife Jodi for Brad Bradley's spouse Lynn, a mother-of-two school-bus driver, wood-cutter and domestic workhorse from rural New Jersey. As soon as Lynn arrived in Spolansky's well-appointed abode, Steven began patronizing her. After sending her to spend $2,000 on clothes and get a $500 haircut, Steven smarmily told her she looked like "Miss New York" and took her out to dinner with his fancy friends, where he publicly humiliated her by asking about her typical wake-up time (the school-bus and all ... ). "You get up at 5:30? What, do you have a paper route or something?" he said. He then expressed disbelief that she didn't think she was "going up the food chain" by temporarily stepping into his wife's shoes. Of course, that dinner demeanor was gentlemanly compared to Steven's behavior on the last night of Lynn's stay, when he expressed disbelief that his temporary spouse hadn't prepared a larger meal for his kids. "I thought you'd put out a real spread," he said, sneeringly imagining the kind of food Lynn's family must feast on. "You know, goulash? Franks n' beans?" Steven then ordered out sushi.

So there you have it, New Yorkers in action. This city has always lodged the country's most privileged citizens. Is it my own romantic imagination or wishful thinking that tricks me into believing it was also once home to more ambitious thinkers, artists, and -- admittedly foul-tempered -- eccentrics than it was to wealthy white bigots?