Annette Bening plays a great actress in Istvan Szabo's resolute charmer -- and proves she is one, too. 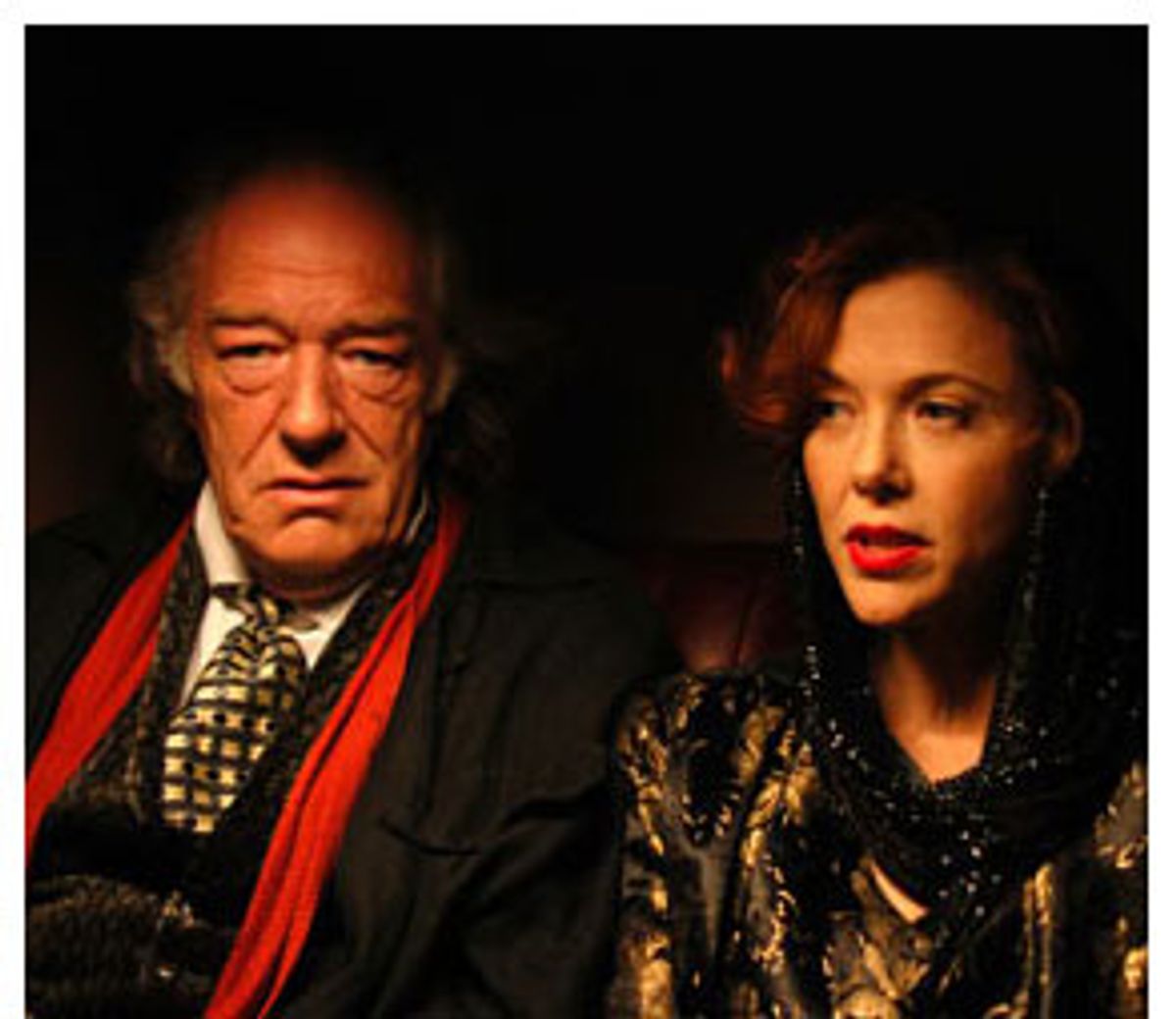 Show people are different from you and me -- more high strung, more amusing, more devil-may-care -- but not, as István Szabó's resolute charmer "Being Julia" shows us, as different as we may think.

Annette Bening plays Julia Lambert, a stage actress in '30s London who has reached the peak of her career. She should be delighted, but she's mostly just exhausted and bored. Her fame is so firmly screw-bolted into place that she no longer even has to be good onstage -- all she has to do is show up. And having reached her mid-40s, she realizes there's no place to go but down. So she swans about in a constant state of distress and self-involvement, annoying her elegant, devotedly detached husband, Michael Gosselyn (Jeremy Irons), meeting not-so-clandestinely with gallant admirers (like Bruce Greenwood's dashing Lord Charles, who presents her with an expensive antique miniature portrait as his latest "We can't go on meeting like this" parting gift), and, in general, driving everyone around her mad.

Then Julia meets a young, fresh-scrubbed American with the equally fresh-scrubbed name Tom Fennell (Shaun Evans). Smitten with her, he invites her to tea in his one-room walk-up, an invitation she accepts out of bored amusement more than anything. With very little preamble (just one of Szabó's refreshingly blasé touches), the two soon find themselves tumbling about in Tom's narrow, rickety bed. And Julia, no longer bored, begins to really act again onstage. Offstage, acting has never been a problem -- it's how she evades the random disappointments of everyday life.

What's wonderful about "Being Julia" is that even though it sets us up for a dull, tidy lesson about the importance of truly knowing oneself, it ends up as something much more frothy but also more subtly complicated: "Being Julia" celebrates the benefits of using a combination of style, brains and artistry as a survival tactic. A sharp tongue, used judiciously, sometimes doesn't hurt. When, at a swank supper club, a scheming vixen at another table saunters over to remind Julia of her humble origins (she was born in Jersey, the daughter of a country doctor, and this woman knew her there), Julia informs her, in crisp, crooning tones, that her father was really a vet: "He used to go to your house and deliver the bitches -- the house was full of them."

"Being Julia" -- adapted by Ronald Harwood ("The Pianist") from a novella by W. Somerset Maugham -- is like a truffle in a fluted paper cup, a small delight made with care and attention to detail. The world of "Being Julia" is one of acute theatricality: Julia fakes big emotion when she's feeling nothing, and affects gay indifference when she's falling apart inside. Whatever she's feeling, she writes its opposite on the outside in big, loopy letters, signage that just about everyone (save her husband, who knows her through and through) falls for. But her stylized artificiality is part of who she is -- it is its own kind of authenticity -- and Szabó (best known for pictures like "Mephisto" and "Colonel Redl") uses a light touch to bring that across. He's out to revel in Julia's rampant actressiness, not punish her for it -- he sees it as a character trait, not a fatal flaw.

That approach brings out the best in Bening -- this may be the finest performance she's yet given -- and in the actors around her. Irons is a dignified, appealing daddy long legs here. Michael and Julia make much of the fact that they lead separate lives. She attributes the happiness of their marriage -- "more or less" -- to the fact that they openly allow one another to do as they please.

But despite their extramarital frolicking, their union is so tight, it's beyond conventional. When Irons storms into her dressing room after a particularly lousy performance and rails at her for barely rousing herself to even phone it in, she flies at him in a rage: His words are the only ones she'll listen to, and the only ones that matter. Later, she offers a semi-apology for her recurringly bad behavior: "I'm a slut, I'm just a rotten bitch." "Nevertheless, you're a great actress," he says with the matter-of-factness of a dutiful daddy tucking his child into bed. Julia and Michael are so connected they can read the rhythms and pauses between their sentences even better than the words that are actually spoken.

Then again, that's what actors do, and both Julia and Michael are actors (although Michael, having decreed himself only mediocre onstage, now devotes himself to theatrical money matters). Early in the movie, one of Julia's friends (a rich dowager played, in a swath of velvet festooned with feathers and tassels, by the delightful Miriam Margolyes) declares that she can't tell when Julia is acting and when she's not. The answer is that Julia is always acting -- and always not. Bening is clearly having a great time reflecting and deflecting these multiple mirror images of artifice and straightforwardness. But she's always playing a person, not being a device.

"Being Julia" doesn't fixate on the insecurity of aging actresses, but simply accepts it without fussing. Bening slips into this role naturally and wholly. She's lovely to look at, with a tumble of red curls framing that magnificent Tiffany acorn of a face. (In one scene, she swigs the beer she loves, and usually denies herself, from a bottle: I can't remember the last time I saw an actress look so alive, and so lovely. And when she turns on her "actress" voice, it's low and purring.) But she lays vanity aside whenever it's called for.

After a woman reaches a certain age, she has the benefit of owning many faces instead of the same boring, unformed one of her youth, and Bening shows us every face she's got. Wrapped in Tom's arms, Julia is more radiant than the average teenager; facing the mirror on an unhappy morning, she sees a future matron whose vibrancy is draining away before her very eyes. (That's a face almost every woman over 30 will recognize, the one she sees when she looks in the mirror on a bad day, a day when she's exhausted and wan -- and realizes it's the face she'll have on her best day in 10 or 15 years' time.)

There's never any self-pity in Bening's performance. She opens us to Julia's carefully cocooned pain, but she also wants us to take pleasure in the ruffled-feather rage she feels when she discovers she's been betrayed. We are Julia's automatic confidants, and her willing accomplices as she plans her citrusy-sweet revenge. Her eccentricities are her lifeline: When the "ghost" of her old acting teacher (played with crusty tenderness by Michael Gambon) appears at her side to advise her in difficult situations, he's not showing her how to act -- he's showing her how to live. When she crumples in sorrow and desperation, he sizes her up admiringly: "Now that's the real thing, Julia, or my name's not Jimmy Langton -- but I've still got some notes."

Julia needs those notes, but they're not a crutch. "Being Julia" happily blurs the line between performance and just being. After all, even we humble civilians, as opposed to actors, need to perform -- to alternately hide and reveal -- in order to live. As Nietzsche, king of the one-liners, said, "We have art so we shall not die of reality." "Being Julia," and Bening's performance, are pleasurably instructive: They're giving us notes, so we can go out and live the real thing.