Colorado beer baron Pete Coors is running for Senate as a moderate conservationist. But he's given millions to anti-environmental and anti-feminist groups. 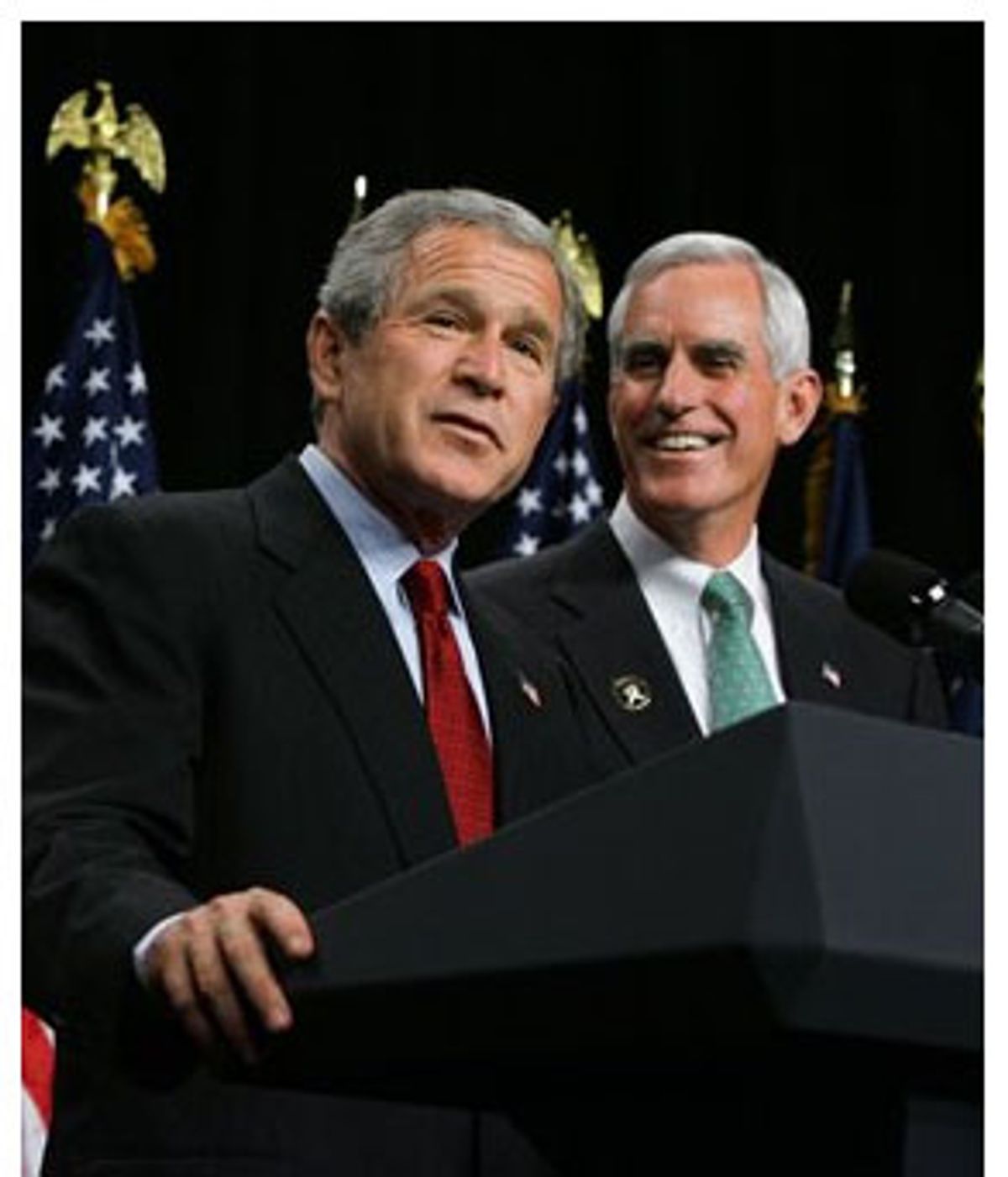 In the long and colorful history of Coors, there came a time about two decades ago when the heirs of the Colorado brewing dynasty realized that their ultra-right political legacy was discouraging sales of their once-legendary beer. When a broad coalition of labor, minority, gay and environmental organizations successfully urged consumers to boycott Coors, the company veered toward crisis.

The Coors solution was to keep the politics but change the image. Suddenly, the company began to buy advertising in gay and minority publications and lend its name to pride events, while simultaneously offering sponsorship to a few environmental groups. Coors' philanthropy was split between two foundations, the relatively innocuous Adolph Coors Foundation, named for the family patriarch, and the obscure but reactionary Castle Rock Foundation. A sophisticated public relations strategy promoted the virtues of the family's younger and more attractive executives -- notably Peter Coors, who was portrayed as a smiling sportsman and conservationist.

So while the Coors heirs maintained their political ties with far-right and religious-right outfits -- from the Free Congress Foundation to the Council on National Policy -- the brewing company courted gay and minority groups, going so far as to provide domestic-partner benefits to gay employees. It hired none other than Mary Cheney, daughter of vice president-to-be Dick Cheney, as its gay community liaison. Using this skillful strategy, the Coors interests have managed to mute harmful publicity while pursuing their traditional political aims. They could market their brews to minorities, gays and environmentalists while funneling the profits into right-wing propaganda that those consumers would consider obnoxious or worse.

Now that Pete Coors is running for the U.S. Senate in Colorado, the same tactics that cooled the Coors boycott have been engaged to soften his political persona. The candidate's real politics, as reflected in his family's continued underwriting of ultra-right organizations, are scarcely different from those of his forebears. But after defeating an even more outspokenly rightist opponent in the Republican primary, the Coors campaign has skillfully presented its candidate as a vaguely moderate conservative. Otherwise he would have no chance of defeating Ken Salazar, the moderate and highly popular state attorney general who won the Democratic Senate nomination.

As the Denver Post noted during the bitter Republican primary contest, the "bland and vague" views espoused by Pete Coors covered him with a "moderate sheen." That allowed him to "appear conservative enough to win the primary, then drift toward the center if necessary come November." Indeed, the Coors campaign is almost content free. On his campaign Web site, he provides little beyond reassuring rhetoric about his positions on issues. He promises to reduce taxes and to "preserve and protect our natural resources." He opposes abortion but doesn't reveal what, if anything, he would do to discourage it.

As a politician, Pete Coors is no doubt well advised to gloss over the rougher edges of his philosophy. As a philanthropist, however, he can hardly disavow the millions he has distributed to promote his family's tradition of right-wing extremism.

The Coors campaign Web site offers little information about the candidate's views about Social Security, for example -- but his foundations have provided hundreds of thousands of dollars to groups that promote radical privatization, including the Heritage Foundation, the American Enterprise Institute, and the Cato Institute. (While all these organizations prefer such anodyne descriptions as "reform" to "privatization," the policy is clear enough.) For the past several years Cato has led the drive for privatization, likely to become a central goal in a second Bush administration.

Coors courts female voters, boasting endorsements from Republican and corporate women's groups. Women in Colorado might be taken aback, though, if they understood his foundation's commitment to fighting against women's rights. Both the Castle Rock and Coors foundations have given hundreds of thousands of dollars to the Independent Women's Forum -- a group of conservative women whose role is to undermine legal protections for their own gender. So extreme is the IWF that its leaders opposed the landmark Violence Against Women Act, complaining that such federal protections encourage women to "distrust" men.

And in keeping with his "conservation" credentials as a former president of Ducks Unlimited, as well as the strong preferences of Colorado voters, Coors professes to support environmental protection. But the record of his philanthropic endeavors is clear. The right-wing think tanks and activist groups subsidized by Castle Rock are unanimous in their hostility to environmental legislation. Heritage, American Enterprise Institute, Cato, the Independent Institute and various other recipients of Coors largesse are reliable outlets for energy-industry propaganda, usually dressed up as scientific "research."

Their studies tend to minimize the effects of global warming, push oil drilling in sensitive areas such as the Alaska preserve, and oppose sensible energy conservation initiatives. However friendly Pete Coors may feel toward ducks, he and his family have provided consistent financial backing to organizations that oppose environmental protection, including of wetlands, ducks' critical habitat.

Perhaps the most damaging donations by Coors are its contributions to conservative legal groups, such as the Pacific Legal Foundation and the Landmark Legal Foundation, which litigate against environmental regulation. In a typical case, the Pacific Legal Foundation, which received $50,000 from Castle Rock in 2002, filed suit on behalf of a Baccarat Fremont, a casino developer fighting against wetlands protections on a Northern California site. Using the tax-exempt funding provided by Coors, these conservative legal firms assist timber, mining and other development interests to thwart environmental protections.

Should Colorado voters closely examine the Coors philanthropic record, they will find that the "moderate sheen" applied by the family's political publicists is rather thin. Beneath that veneer lie those same old right-wing impulses. As the poet once sang, in words that perfectly capture the Coors tradition: "Money doesn't talk, it swears."