The rise of the insta-doc

Through documentaries like "Outfoxed," "UnConstitutional" and "Control Room," digital technology has revolutionized the box office -- and democracy. 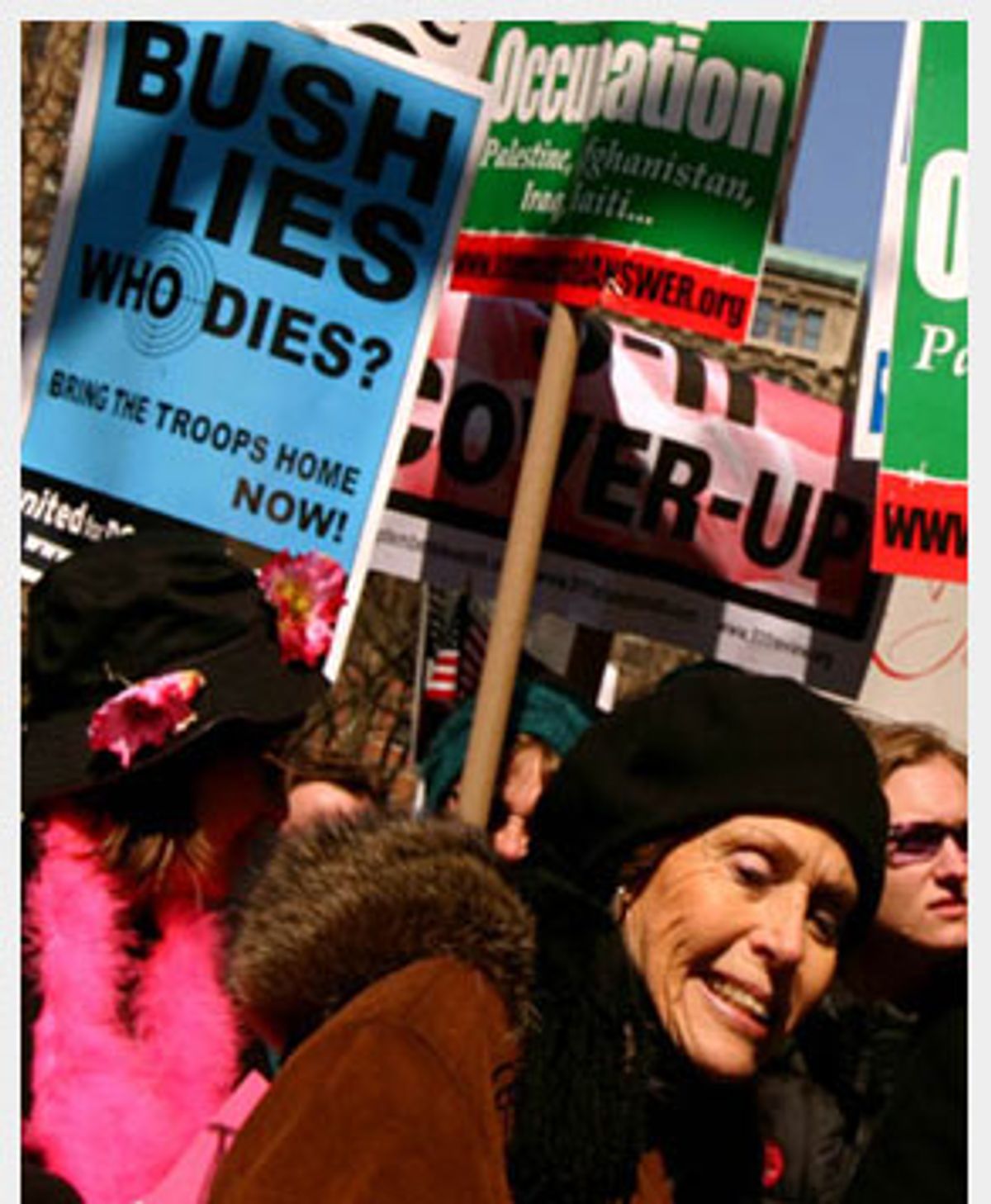 It's not news that digital video cameras and desktop editing software have democratized filmmaking, but not until this year have we seen it live up to its true, populist potential. And the formula couldn't seem simpler: Mix together a few thousand dollars' worth of equipment, a whole lot of political anger and a knack for a good narrative and -- presto! -- the insta-documentary, able to reach and rile the masses for the cost of an econo-sized car.

No one has capitalized on these technological leaps better than Robert Greenwald, whose Fox News-skewering "Outfoxed" and anti-Bush "Un-" troika ("Unprecedented," "Uncovered" and the just-released "Unconstitutional") have found a huge audience with quick turnarounds and totally unconventional distribution deals (DVD to theater and then television).

"Digital technology [provides] this kind of freedom to do more," Greenwald says. "You can work quicker and faster and try more things. And just the pure amount of footage [it allows] ... these would be two- to three-year projects on film" because of the difficulty in editing film. Instead, he was able to produce most of these films in months. "Outfoxed" was begun in January and launched in June.

Hollywood vet Harry Thomason (who, with his wife, Linda Bloodworth-Thomason, created the TV shows "Designing Women" and "Evening Shade") had similar success earlier this year when he relied on digital technology for "The Hunting of the President," a documentary he wrote and directed that was released this summer and based on the book by Gene Lyons and Salon's Joe Conason.

"The Hunting" and Greenwald's oeuvre were just part of a sea of documentaries helped by digital technology the past year, including "Control Room," "Howard Zinn: You Can't Be Neutral on a Moving Train," "The Corporation," "The Yes Men" and the conservative "Celsius 41.11," a response to Michael Moore's studio-financed "Fahrenheit 9/11" that hit the studios, in limited release, a remarkable four short months after Moore's blockbuster. And such documentaries may become even more vital to our participation in the political process: Moore is recruiting "a video army" for Election Day, intended, he says, to "deter and document election fraud, voter intimidation and any other irregularities in the polls." Should the election be hijacked -- the left's darkest fear -- we'll have a documentary's worth of evidence, pulled and edited together before you can say "hanging chad."

"Documentaries may soon become as ubiquitous as a voice-mail message or a phone, or any of the content elements that we use in our technologies -- like text messages, jpegs, phones with video, Web sites," says Larry Engel, a documentarian who teaches at Columbia University and Barnard. "It has been democratized in a way that is wonderful."

So, you ask, how do you join this documentary democracy?

The first thing you're going to need, apart from a massive directorial ego and an abiding idea knocking about your inflated, possibly beret-ed head, is a camera. There are many fine and inexpensive MiniDV cameras for sale on the market for amateurs. Widely regarded as among the best available to amateurs is the Panasonic DVX100A, which offers a "24P" mode, meaning that the camera has the ability to shoot video at approximately 24 frames per second -- the rate at which film runs -- thereby enhancing the quality of the picture and giving it a "filmic" look.

You might want to supplement your camera's microphone with another mic of either the boom (or "shotgun") variety, or lavalier (tiny mics designed to fit on your collar). Boom mics are directional and generally used outdoors to cut down on background noise, and lavalier mics are perfect for more intimate interviews. Avid's Pro Tools is some of the best sound-mixing software you can invest in. Sound in film is more important than you might think -- your audience will thank you. Especially for your self-indulgent, yet pitch-perfect, voice-over narration.

Once you've got your camera, you're going to need a computer with an editing platform to compile and edit your footage, and a FireWire so that the camera and the computer might communicate. Jonathan Caouette used the editing software that comes standard on every iMac -- called iMovie -- to make his theatrically released docu-memoir, "Tarnation." Apple's next-level nonlinear editing platform, Final Cut Pro, is professional-grade software whose interface is so incredibly intuitive that any amateur filmmaker can learn it with ease, a guide, and a bit of patience.

But these are hardly your only options, just among the cheapest and most popular. For more suggestions and options you should also look at:

Priya Jain and Pete L'Official contributed research for this story.