A scathing top-level report, intended for internal consumption, says that Bush's "war on terrorism" is an unmitigated disaster. Of course, the administration is ignoring it. 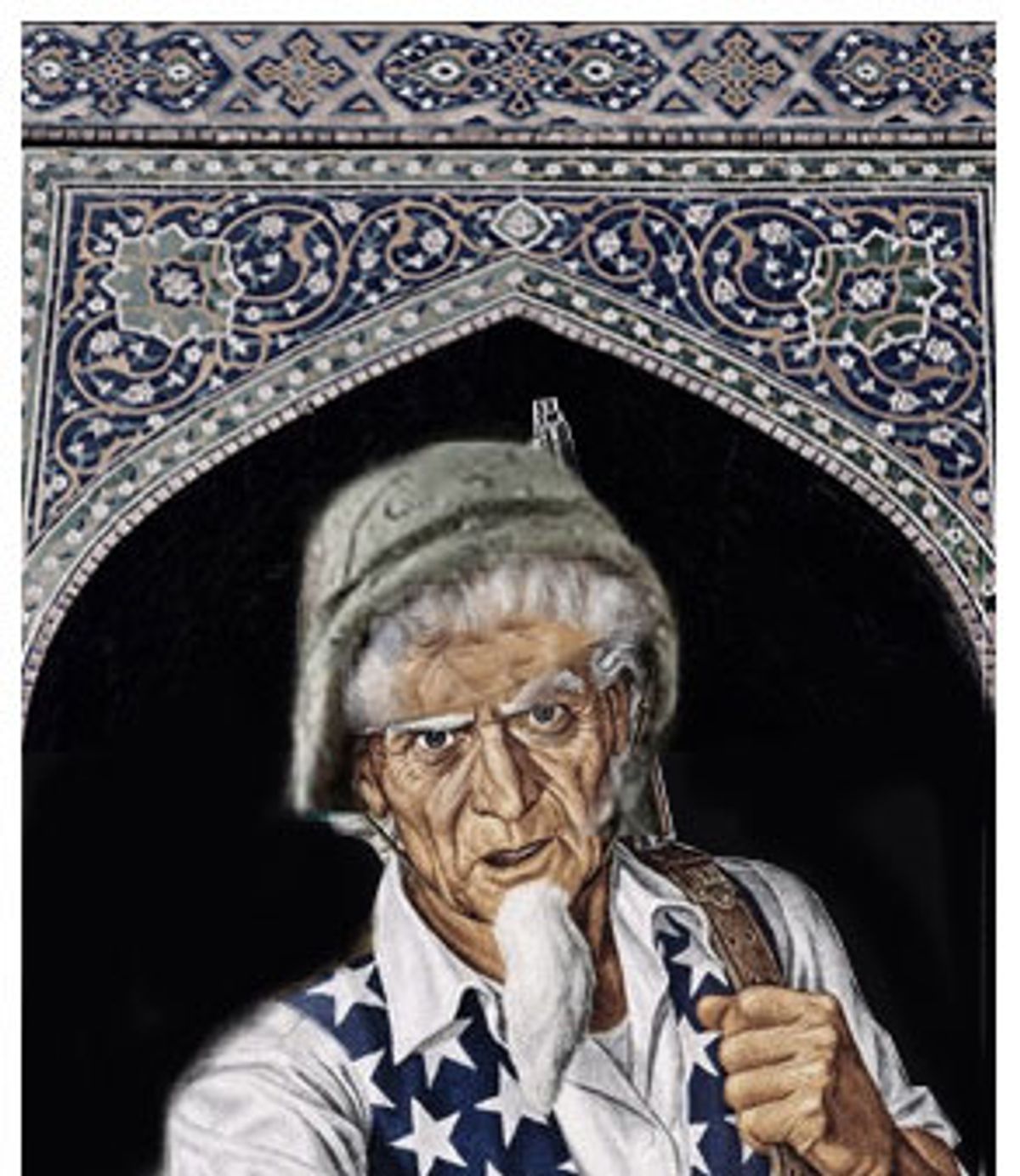 Who wrote this -- a pop sociologist, obscure blogger or antiwar playwright? "Finally, Muslims see Americans as strangely narcissistic -- namely, that the war is all about us. As the Muslims see it, everything about the war is -- for Americans -- really no more than an extension of American domestic politics and its great game. This perception is of course necessarily heightened by election-year atmospherics, but nonetheless sustains their impression that when Americans talk to Muslims they are really just talking to themselves."

This passage is not psychobabble, punditry or monologue. It is a conclusion of the Report of the Defense Science Board Task Force on Strategic Communication, the product of a Pentagon advisory panel, delivered in September, its 102 pages not released to the public during the presidential campaign, but silently slipped onto a Pentagon Web site on Thanksgiving eve, and barely noticed by the U.S. press.

The task force of leading strategists and experts within the military, diplomatic corps and academia, and executives from defense-oriented business, was assigned to develop strategy for communications in the "global war on terrorism," including the war in Iraq. It had unfettered access, denied to journalists, to the inner workings of the national security apparatus, and interviewed scores of officials. The mission was not to find fault, but to suggest constructive improvements. There was no intent to contribute to public debate, much less political controversy; the report was written only for internal consumption.

The task force discovered more than a chaotic vacuum, a government sector "in crisis," though it found that, too: "Missing are strong leadership, strategic direction, adequate coordination, sufficient resources, and a culture of measurement and evaluation." Inevitably, as it journeyed deeper into the recesses of the Bush administration's foreign policy, the task force documented the unparalleled failure of its fundamental premises. "America's negative image in world opinion and diminished ability to persuade are consequences of factors other than the failure to implement communications strategies," the report declares. What emerges in this new Pentagon paper is a scathing indictment of an expanding and unmitigated disaster based on stubborn ignorance of the world and failed concepts that bear little relation to empirical reality except insofar as they confirm and incite gathering hatred among Muslims.

The Bush administration, according to the Defense Science Board, has misconceived a war on terrorism in the image of the Cold War -- "reflexively" and "without a thought or a care as to whether these were the best responses to a very different strategic situation." Yet the administration seeks out "Cold War models" to cast this "war" against "totalitarian evil." However, the struggle is not the West vs. Islam; nor is it "against the tactic of terrorism." "This is no Cold War," the report insists. While we blindly and confidently call this a "war on terrorism," Muslims "in contrast see a history-shaking movement of Islamic restoration" against "apostate" Arab regimes allied with the U.S. and "Western Modernity -- an agenda hidden within the official rubric of a 'War on Terrorism.'"

In this conflict, "wholly unlike the Cold War," the Bush administration's impulse has been to "imitate the routines and bureaucratic responses and mindset that so characterized that era." So the U.S. projects Iraqis and other Arabs as people to be liberated like those "oppressed by Soviet rule." And the U.S. accepts authoritarian Arab regimes as allies against the "radical fighters." All of this is nothing less than a gigantic "strategic mistake."

"There is no yearning-to-be-liberated-by-the-U.S. groundswell among Muslim societies -- except to be liberated perhaps from what they see as apostate tyrannies that the U.S. so determinedly promotes and defends. (Original emphasis.)" Rhetoric about freedom is received as "no more than self-serving hypocrisy," daily highlighted by the U.S. occupation in Iraq. "Muslims do not 'hate our freedom,' but rather, they hate our policies." The "dramatic narrative since 9/11" of the "war on terrorism," Bush's grand justification, his story line connecting all the dots from the World Trade Center to Baghdad, has "borne out the entire radical Islamist bill of particulars." As a result, jihadists have been able to transform themselves from marginal figures in the Muslim world into defenders against invasion and attack with a growing following of millions.

"Thus," the report concludes, "the critical problem in American public diplomacy directed toward the Muslim World is not one of 'dissemination of information,' or even one of crafting and delivering the 'right' message. Rather, it is a fundamental problem of credibility. Simply, there is none -- the United States today is without a working channel of communication to the world of Muslims and of Islam. Inevitably therefore, whatever Americans do and say only serves the party that has both the message and the 'loud and clear' channel: the enemy."

Almost three months ago, the Defense Science Board delivered its report to the White House. But a source on the board told me it has received no word back at all. The report has been studiously, willfully ignored by those in the White House to whom its recommendations are directed.

For the Bush administration, expert analysis as a rule is extraneous, as it is making clear to national security professionals in its partisan scapegoating of the CIA. Experts can only be expert in telling the White House what it wants to hear. Expertise is valued, not for the analysis or evidence it offers for correction, but for propaganda and validation. But no one -- not in the Bush White House, the Congress, or the dwindling "coalition of the willing" -- can claim that the ever-widening catastrophe has not been foretold by the best and most objective minds commissioned by the Pentagon -- perhaps for the last time.