The greatest Christmas story of all

Forget Scrooge and Tiny Tim -- James Joyce's "The Dead," with its distinctively Irish blend of music and tragedy, is the ultimate yuletide tale. And why isn't John Huston's marvelous film version available on DVD? 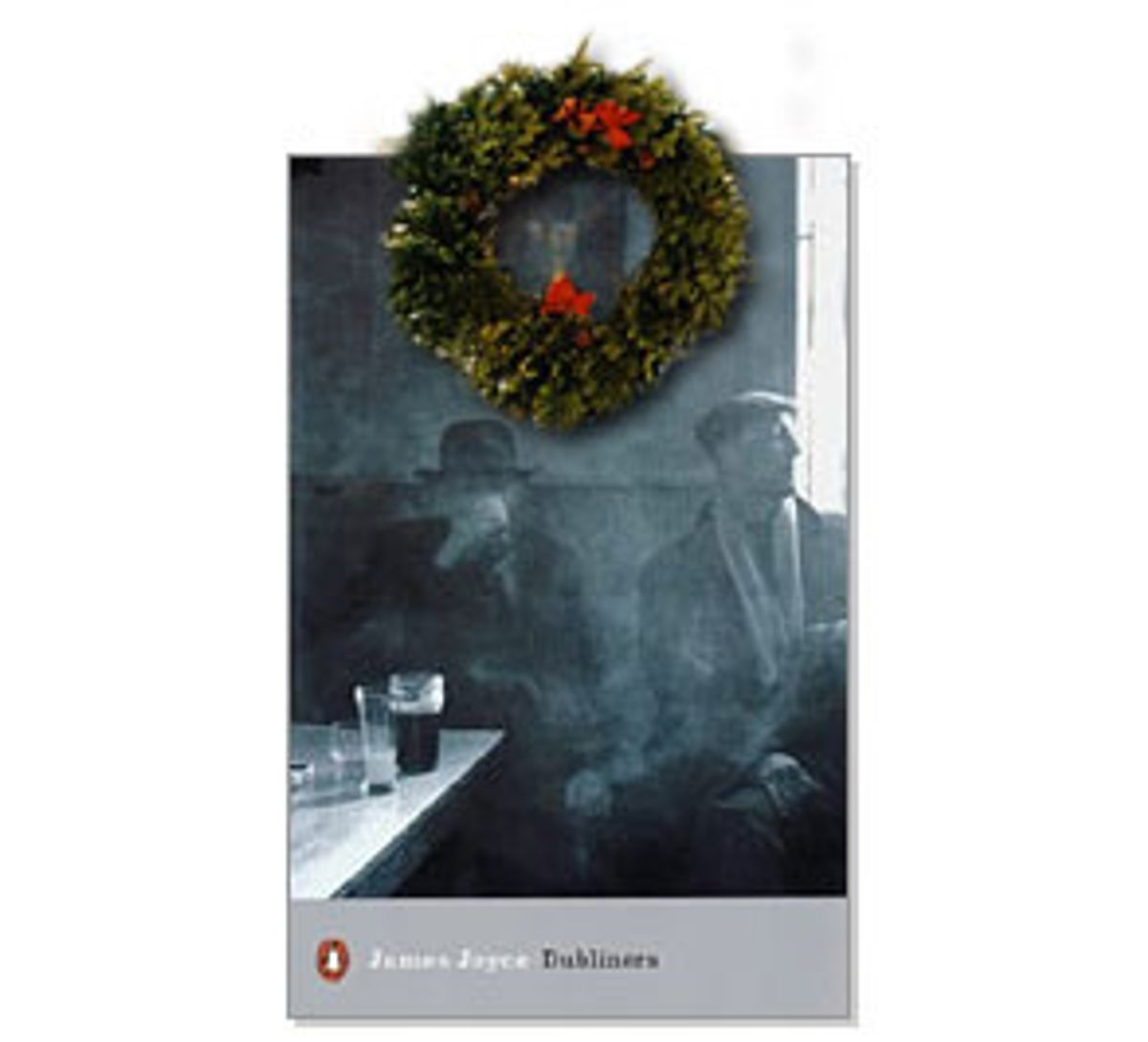 The greatest of all Christmas stories, James Joyce's "The Dead," the last story in "Dubliners," was written in little over a month as Joyce forged the uncreated conscience of his race from an apartment in Trieste, Italy. John Huston's 1988 film was made in roughly the same amount of time (in 33 days, actually ). Much of it, including all the interiors, was shot in a warehouse in Valencia, Calif.

Joyce was just 25 when he wrote the story, and Huston 80 when he filmed it, but the intentions of the self-imposed Irish exile and the American émigré who adopted Ireland were not dissimilar. Both the youthful writer and the aging filmmaker were coming to terms with their ambivalence toward both their families and Ireland; both gave themselves over to moments of reverie about home, family and the Christmas holiday (though, actually, the story is set on Jan. 6, 1904, on the Feast of the Epiphany -- the last of the 12 days of Christmas) that aren't to be found anywhere else in their work. Joyce's great works, the quintessential modernist novel "Ulysses" and the unclassifiable stream-of-unconsciousness narrative "Finnegans Wake," were still ahead of him. Huston's great films, including "The Maltese Falcon" and "The Treasure of the Sierra Madre," all lay far in the past.

The central character in "The Dead," Gabriel Conroy (his name improbably stolen from an obscure novel by western pulp novelist Bret Harte) was awarded several biographical details from Joyce's life: Both reviewed books for the pro-British Dublin Daily Express, taught in college, became Europeanized and were largely indifferent to the nationalistic aims of their native country. In fiction, Conroy made the journey Joyce himself would never make, back to Dublin to deliver an after-dinner speech at a gathering in honor of his two spinster aunts and their spinster niece, all music teachers: "The three graces," Conroy calls them, "of the Dublin musical world."

"The Dead" is soaked in music, mostly Irish music, from reverential discussions of dead singers to references to tragic and dimly remembered folk songs. (As G.K. Chesterton noted of the Irish, "All their wars are merry, and all their songs are sad.") The title itself is from one of Thomas Moore's "Irish Melodies," though the song around which the story turns, "The Lass of Aughrim," predates even Moore. D'Arcy, an Irish tenor and friend of the family, sings the song as Conroy and his wife, Gretta (modeled, of course, on Joyce's wife, Nora), are leaving the gathering; she withdraws into a reflective shell that her curious husband can't, at first, penetrate.

Back in their hotel room, Gabriel Conroy, probing cautiously, finds that the song was once sung to Gretta by a tubercular young boy named Michael Furey who was in love with her back in the wild country near Galway where she grew up. One night, in the cold rain, he came to her window and serenaded her with "The Lass of Aughrim"; he caught a cold and died a short time later.

"I think he died for me," she tells her stunned husband.

A lesser writer would have given us a neat, gift-wrapped life lesson, a scenario in which the boy's death functions as an opportunity for Gabriel or Gretta's personal growth. Joyce aims at something more subtle: Gabriel does experience an epiphany of sorts -- on the Feast of the Epiphany -- but it is vague and unsettling. Gabriel is jealous, though it's not clear whether of his wife's young, dead lover or the intensity of the boy's love. ("He had never felt like that himself towards any woman, but he knew that such a feeling must be love.")

"The Dead," which Joyce's best biographer, Richard Ellmann, called "a linchpin in Joyce's work," can be said with some degree of certainty to be about several things. The lingering charm of Irish hospitality, the emotional power of old songs, the interrelationship of the living and the dead and the necessity for risk and passion are four often cited by those who love the story. (In support of the last, there is Gabriel's internal monologue: "Better pass boldly into that other world, in the full glory of some passion, than fade away and wither dismally with age.")

Yet, there is something tantalizingly unnameable in Gabriel's sadness, something that eludes definition and that Joyce himself doesn't try to render in dramatic terms. For a reason he can't explain, Gabriel fights back tears: "His soul had approached that region where dwell the vast hosts of the dead ... His own identity was fading out into a grey palpable world: the solid world itself which these dead had one time reared and lived in was dissolving and dwindling." Then, a few lines later, at the story's close, one of Joyce's most famous passages: "His soul swooned slowly as he heard the snow falling faintly through the universe faintly falling, like the descent of their last end, upon all the living and the dead."

There are those who argue that no actor can do complete justice to Joyce's prose, that any human voice is too specific to suggest the universality of Joyce's thought, but even Joyce snobs can't deny the pleasures of hearing great actors read these words. It's a shame Joyce couldn't have heard the inflection the great Anjelica Huston, as Gretta, puts on the word "responsible," as when she tells her husband "You are too responsible, Gabriel." (Donal McCann, as Gabriel, gets the exquisite closing lines.)

The film stands as a virtual primer on what the medium can do to enhance the enjoyment of great literary work, beginning with the Irish harp that plays over the opening credits to the heart-rending recitation of the song that brings Huston's Gretta to tears (sung by classic Irish tenor Frank Patterson). Clearly John Huston didn't intend for his film to compete with Joyce's story, but to serve as a companion to it.

Huston directed "The Dead" from a wheelchair, breathing through an oxygen mask and surrounded by friends and family (his son Tony Huston wrote the screenplay, which was nominated for an Oscar). Like the characters in his movie, he was becoming a shade. Dying, he clung tenaciously to the task of completing a film whose defining moment is a character's awareness of his own mortality.

Huston's "The Dead" has not yet been released on DVD, an almost unforgivable omission. (You can find used copies of the 1988 Lion's Gate VHS release through the usual outlets.) Perhaps by next Christmas the copyright holders can resolve whatever outstanding issues are keeping this film off the market. A deluxe DVD edition would make a wonderful gift for lovers of "The Dead" all over the world.