Alberto Gonzales' arguments in defense of humanity's vilest practice are identical to those used by the generals who fought Argentina's dirty war. It staggers belief that this man is to hold our highest legal post. 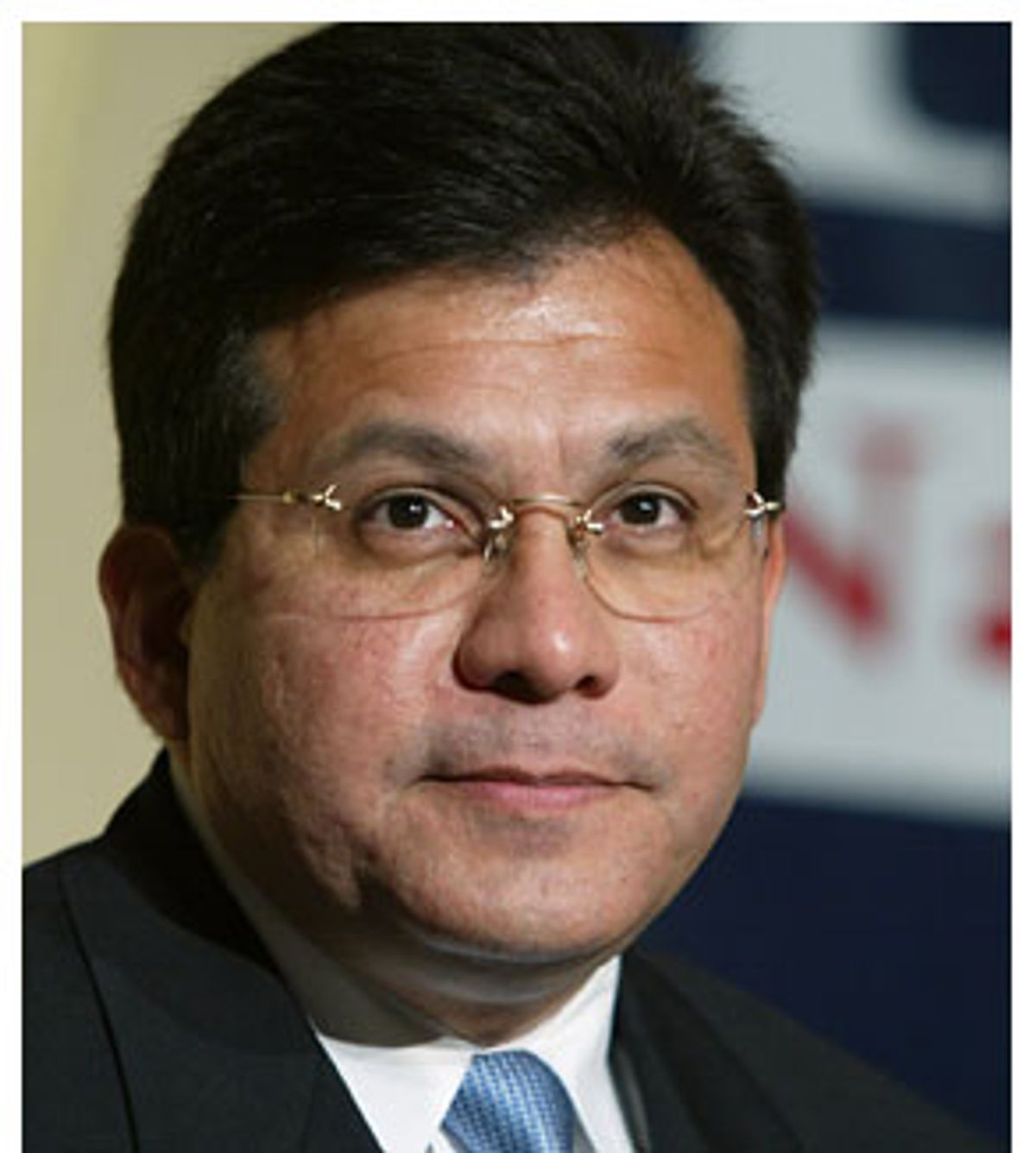 It seems surreal: The president's nominee for the highest legal position in the land is a proponent of torture. In his notorious Jan. 25, 2002, memorandum to Bush, Alberto Gonzales clearly fancies himself a shrewd thinker, a smooth operator when it comes to finessing the inevitable outrage of our allies when they learn that we have violated the Geneva Conventions. His suggestion for rebuttal to, among others, Secretary of State Colin Powell, who argued that the Conventions applied to the Taliban and al-Qaida? "First, some of the language [of the Conventions] is undefined (it prohibits, for example, 'outrages upon personal dignity' and 'inhuman treatment')." Are personal dignity and inhumane treatment really so mysterious? So fungible?

The universal horror elicited by the photos of Abu Ghraib attests to the innate human ability to recognize humiliation, degradation and abuse. As we saw in those photos, young soldiers -- acting in accordance with the climate established high up in the chain of command -- displayed, mocked and toyed with the genitals of prisoners who had also been beaten up, deprived of sleep, chained, hooded and made to stand for hours on one leg on elevated boxes lest they fall into the gaping jaws of trained attack dogs. According to Gonzales' reasoning, none of these practices constitute torture unless they result in years of protracted suffering or "organ failure." In other words, only if a prisoner dies, or almost dies, can one know if one is actually committing torture.

I spent nearly seven years interviewing survivors of the torture centers of Argentina's "dirty war" (1976-83): relatives of desaparecidos ("disappeared"), human rights experts and activists, peasants and labor leaders -- in short, three generations of Argentines from all walks of life whose families were torn apart by the dictatorship. Torture is a crime that never ends: It is written on the body, inscribed in the mind and seared into the soul. Neither individuals nor regimes nor societies survive unscathed. The secrets and shame, lies, guilt and corruption last for generations -- censoring rational thought, inhibiting democratic impulses, hobbling democratic institutions.

Democracy relies on trust, on a social compact. Torture violates every precept, every moral value, associated with democracy, a form of governance the Bush administration purports to cherish. Yet the growing evidence of the U.S. government's policies on torture directly threatens our ability to defend basic human rights, and to promote democracy, both at home and abroad.

Gonzales cites the need for "flexibility" in what he calls "a new kind of war." This line, as old as the hills, is the immemorial favorite of torturers and the powers they serve. "This is a fight for Western, Christian civilization," intoned the generals of Argentina's dirty war, echoing the rhetoric of a whole line of crusades, dictatorships and dirty wars going back to the Inquisition. "We believe in a country where the love of liberty and personal initiative will be ... great ... [We fight] for love of life, for respect of those who have fallen and will fall," declared the grand orator of the Argentine junta, Adm. Emilio Massera (later convicted of numerous crimes against humanity and to this day under house arrest).

The rhetoric comes terribly close to what we hear from high authorities in our own country today, from officials who have defended the use of torture in their own mismanaged crusade for democracy. Gonzales in his memo asserts (as though it weren't an old, long-disproved chestnut): "The nature of the new war places a high premium on ... the ability to quickly obtain information from captured terrorists ... in order to avoid further atrocities against American civilians." Yet reliable information is rarely gotten through torture: Prisoners die, pass out, become incoherent or are simply too traumatized to talk. My own research, and that of other experts, documents that the vast majority of those subjected to torture know nothing of any military value. The idea that a terrorist attack can be thwarted in the nick of time in the torture chamber is more a daydream of perverse "heroism" than sound military or intelligence policy.

Torture does not make us safer or more secure. (We need only read the headlines.) Torture defiles the perpetrators. (Look again at the photos of our criminal young soldiers at Abu Ghraib.) Regimes that torture send out the message that a penchant for brutality is a valuable skill set, a ticket for advancement.

Alberto Gonzales has paved the way of his own advancement with memos that are intellectually slovenly, that impute definitive powers to the executive, and whose attempts at shirking the basic moral precepts of international humanitarian law are not very skillful. If he is confirmed as attorney general, our nation will be shamed, shunned and endangered.

Marguerite Feitlowitz is the author of "A Lexicon of Terror: Argentina and the Legacies of Torture," a 1998 New York Times Notable Book and a Finalist for the PEN New England-L.L. Winship Prize. She teaches literature at Bennington College.