Bush says elections will bring democracy to Iraq, but that is as unrealistic as all his other now-disproved rosy scenarios. 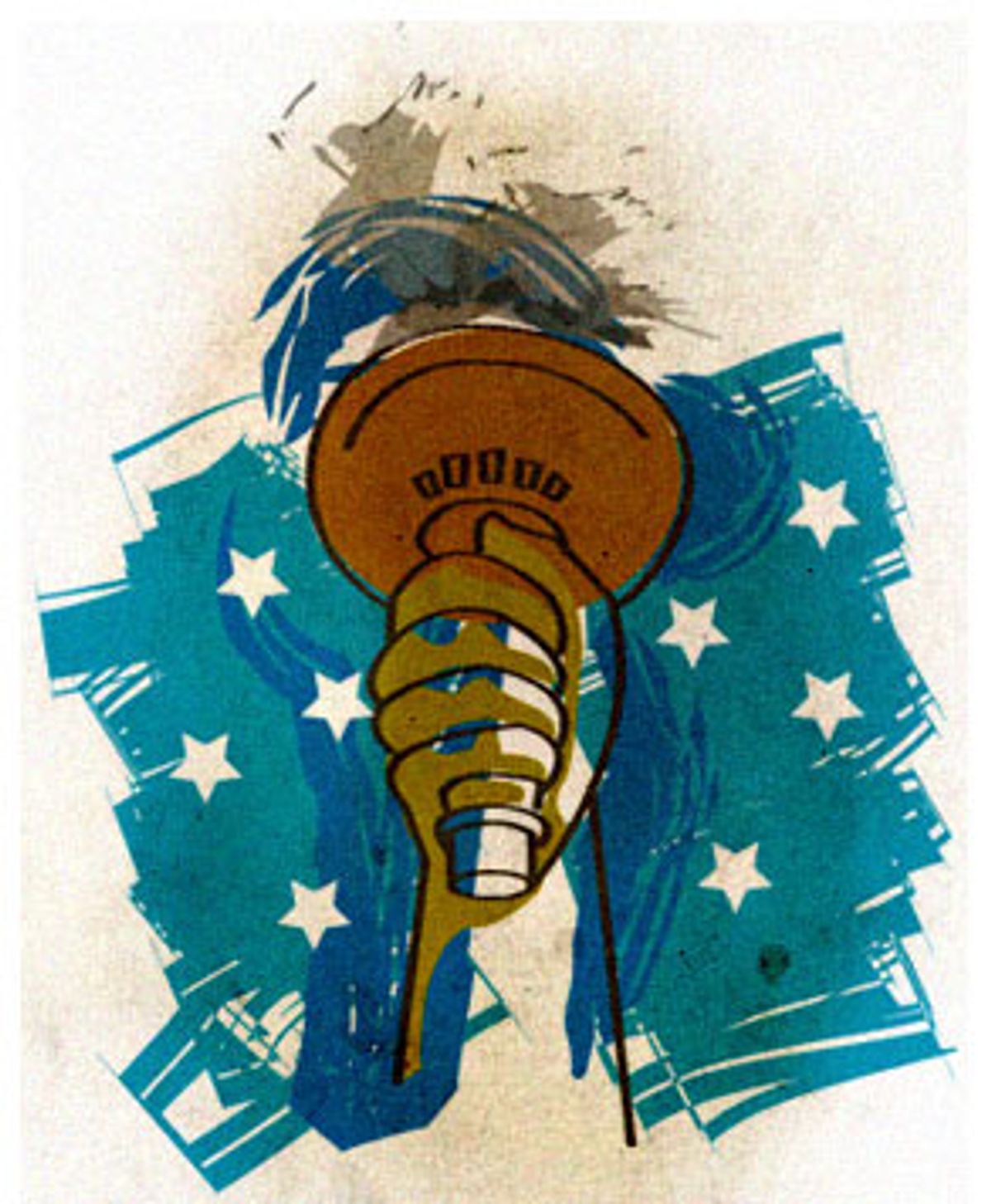 "Metrics" is one of Secretary of Defense Donald Rumsfeld's obsessions. In October 2003, he sent a memo to his deputies and the chairman of the Joint Chiefs of Staff: "Today, we lack metrics to know if we are winning or losing the global war on terror." Rumsfeld demanded precise measurements of progress, including the "ideological." By the "war on terror" he meant Iraq as well as Afghanistan. A study was commissioned by the JCS and conducted by the Institute for Defense Analyses, a military think tank. In utterly neutral terms, the IDA report detailed a grim picture at odds with the Bush administration's rosy scenarios. Not only has Rumsfeld suppressed the report, but the Pentagon has yet to acknowledge its existence.

Against the advice of senior officers of the military, Rumsfeld applied his doctrine of using a light combat force in the invasion of Iraq. Gen. Eric Shinseki, then commander of the Army, was cashiered and publicly ridiculed for suggesting that a larger force would be required. But Rumsfeld and the neoconservatives assumed that there would be no long occupation because democracy would spontaneously flower.

In April 2004 the Strategic Studies Institute of the U.S. Army War College produced a report on the metrics of the Rumsfeld doctrine, "Toppling Saddam: Iraq and American Military Transformation." It concluded that the U.S. coalition's swift victory over Saddam Hussein was achieved by overwhelming technological superiority and Iraqi weakness and therefore that using Operation Iraqi Freedom as "evidence" for Rumsfeld's "transformation proposals could be a mistake." The Pentagon has refused to release this study.

"Intellectual terrorism" prevails throughout the defense establishment, a leading military strategist at one of the war colleges, who deals in calm, measured expertise of a rigorously nonpartisan nature, told me. Even the respected defense research institute the Rand Corporation is being cut out of the loop, denied contracts for studies because the "metrics" are at odds with Rumsfeld's projections.

President Bush clings to good news and happy talk, such as the number of school openings in Iraq. Those with gloomy assessments are not permitted to appear before him. The president is spared agonizing. He orders no meetings on options based on worst-case scenarios. The senior military strategists and officers are systematically ignored. Suppression of contrary "metrics" is done in his name and spirit. Bush makes his decisions from a self-imposed bunker, a Situation Room of the mind, where ideological fantasies substitute for reality.

"I think elections will be such an incredibly hopeful experience for the Iraqi people ... And I look at the elections as a -- as a -- you know, as a -- as -- as a historical marker for our Iraq policy," Bush proclaimed last week. His statement was prompted by remarks made last week by Brent Scowcroft, his father's national security advisor and alter ego. Summarily fired as chairman of the Foreign Intelligence Advisory Board, Scowcroft went public with his views at a lunch sponsored by a Washington think tank. The Iraq election, he said, has "deep potential for deepening the conflict," acting as an impetus to civil war. He reflected sadly that being a "realist" has become a "pejorative." "A road map is helpful if you know where you are," he said.

Scowcroft was joined by Zbigniew Brzezinski, President Carter's national security advisor, who spelled out the minimal metrics for winning the Iraq war -- 500,000 troops, $500 billion, a military draft and a wartime tax -- and added that it would take at least 10 years. Unwillingness to pay this essential price while continuing on the current path would be a sign of "decadence."

Bush speaks of the Iraq election as though it will be the climax of democracy. But by failing to provide for Sunni presence in the new government -- proportional representation would easily have accomplished this -- it is as ill-conceived a blunder as invading with a light force, disbanding the Iraqi army, attacking Fallujah, halting the attack and finally destroying the city in order to save it, Vietnam style. The British had proposed local elections, beginning in southern Iraq, but Bush's Coalition Provisional Authority rejected the idea. According to disillusioned former CPA official Larry Diamond, "One British official lamented to me, the 'CPA [officials] didn't want anything to happen that they didn't control.'"

Bush, meanwhile, works on his second inaugural address to be delivered next week. Judging from past performance, his speechwriters can be counted on to produce a bravura speech filled with high-flown patriotism and evangelical code words, a paean to can-do optimism. "They're not code words; they're our culture," his chief speechwriter, Michael Gerson, explained recently.

This rhetoric summons purity of heart ("written in the human heart"), divine blessing ("God is not neutral") and the power of faith ("there's power, wonder-working power, in the goodness and idealism and faith of the American people"). As Bush draws the sword of righteousness against the forces of darkness, the enemy being evil itself ("evildoers ... axis of evil"), he ascends on messianic and miraculous imagery. "Do you not think an angel rides in the whirlwind and directs this storm?" he said in his first inaugural address, quoting a letter written by a Virginian friend of Thomas Jefferson's during the American Revolution. "This story goes on," said Bush. "And an angel still rides in the whirlwind and directs this storm."

That particular verse originates in the book of the prophet Nahum. It contains no "angel," but the Lord, "a jealous and avenging God ... full of wrath ... The Lord is long suffering, and great in power, and will by no means clear the guilty; the Lord, in the whirlwind and in the storm is His way, and the clouds are the dust of His feet ... Woe to the bloody city! It is all full of lies and rapine ... Thy crowned are as the locusts, and thy marshals as the swarms of grasshoppers." These metrics continue for several more verses: "There is no assuaging of thy hurt; thy wound is grievous."