Regime change that could destroy our homeland

Bush's plan for dismantling Social Security would have dire economic consequences, and Republicans who support it had better be prepared for a backlash. 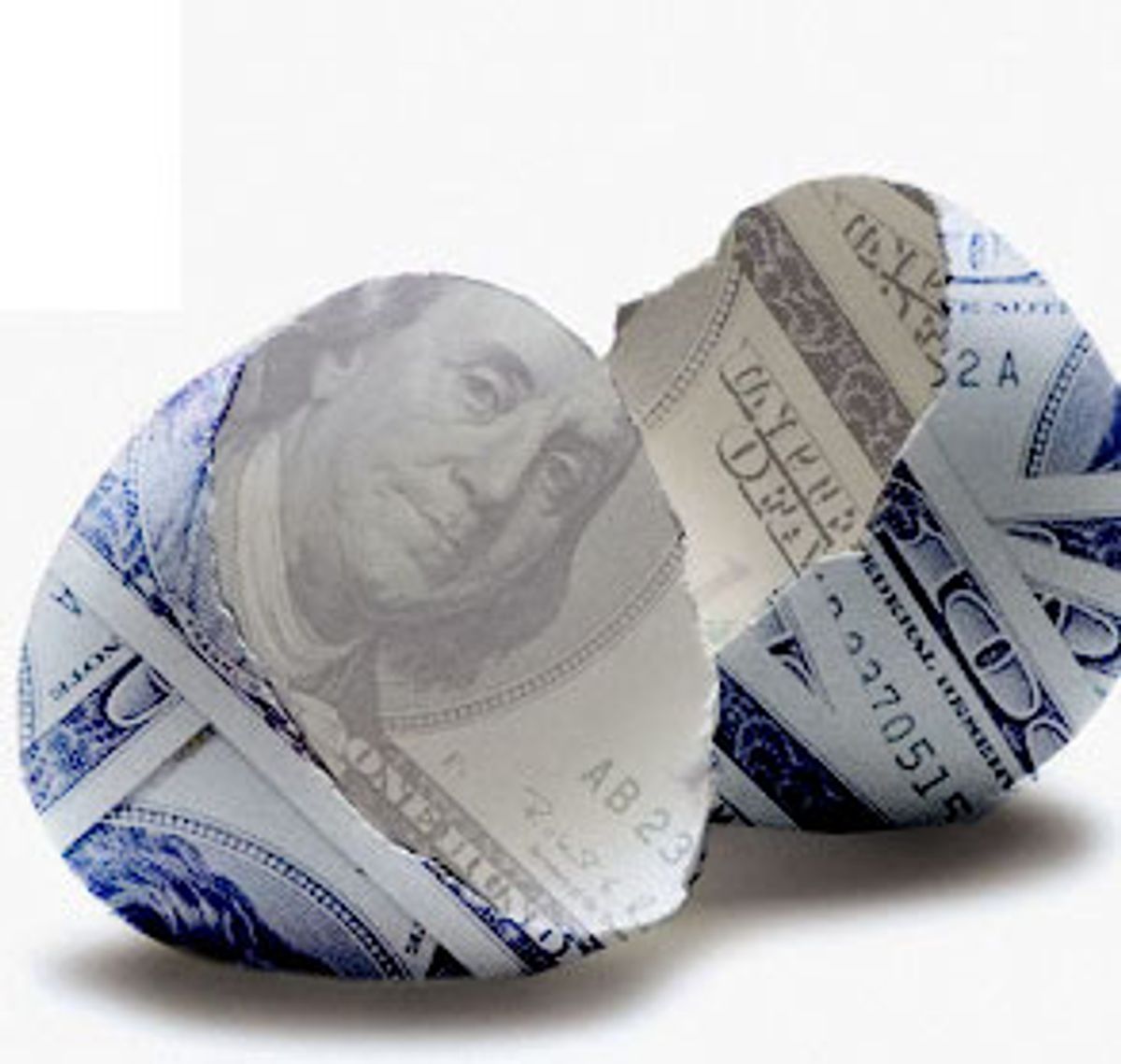 In his second term, President Bush is intent on regime change. The country whose order he seeks to overthrow is not ruled by Islamic mullahs or Baathists. But members of his administration have compared its system to communism and have used the image of the Berlin Wall to describe its rot. The battle will be "one of the most important conservative undertakings of modern times," the deputy to White House political director Karl Rove wrote in a confidential memo. Since the election, the president has spoken often of the "coming crisis," and he has mobilized the government to begin a propaganda campaign to prepare public opinion for the conflict ahead. The nation whose regime he is set on toppling is the United States.

One part of his strategy is to pack the federal bench with judges pledged to restore what conservatives call the "Constitution in exile" -- the Constitution before the New Deal. Bush has renominated for judgeships "those" already rejected by the Senate, including William Haynes, who as the Pentagon's general counsel advised on the policy that the president isn't bound by laws governing torture, and Janice Brown, who has denounced the New Deal as a "socialist revolution" and is opposed to the incorporation of the Bill of Rights in the Constitution.

Since the New Deal, the American social contract has been built upon acceptance of its reforms. When Dwight Eisenhower became the first Republican president after Franklin Roosevelt and Harry Truman, he never challenged the New Deal, solidifying the political consensus that has prevailed for decades. Not even Ronald Reagan, who, after all, began as a fervent New Deal Democrat, attempted to overturn it. But now Bush has launched an assault on the social contract in earnest, seeking to blast away at its cornerstone, Social Security, which disburses pensions to the elderly and payments to the disabled.

The end of the election marked the start of Bush's new campaign, and he is stumping relentlessly to replace this "flat-bust, bankrupt" system by siphoning Social Security funds into private stock market accounts. His motive was best explained by his political aide, Peter Wehner, in a memo circulated through the White House. "For the first time in six decades, the Social Security battle is one we can win," Wehner wrote triumphantly in the afterglow of the election victory. "And in doing so, we can help transform the political and philosophical landscape of the country."

In order for this conservative dream to be achieved, the public must first be convinced that Social Security is "bankrupt." The administration, Wehner wrote, must "establish an important premise: the current system is heading toward an iceberg. We need to establish in the public mind a key fiscal fact: right now we are on an unsustainable course. That reality needs to be seared into the public consciousness; it is the precondition to authentic reform." Moreover, Wehner stated, the private accounts are simply a wedge for future benefit cuts, though he does not advocate that the administration stress that point.

And so Bush and Vice President Cheney insist that Social Security will soon be "flat bust." A political front group run by one of Rove's protégés, which produced the TV commercials that trumpeted defamations about John Kerry's military record, is spinning out new ads on Social Security. The Social Security Administration itself has been dragooned into sending out millions of letters telling recipients that the system is in "crisis." Indeed, the associate commissioner for retirement policy at the agency, Andrew Biggs (also the former director of Social Security privatization at the Cato Institute, a right-wing libertarian think tank), wrote: "Before the Berlin Wall fell in 1989, the Communists insisted that life on their side was swell. But if everything was so great, why did they need the Wall? The same holds for Social Security."

Despite Bush's furious animadversions, the Social Security actuaries in their most sober assessments report that the current system will be able to issue full benefits without any changes until 2042. Only the slightest modifications then would guarantee complete solvency beyond that into the indefinite future. Thus the "iceberg" melts before the facts.

"It's a badly, badly flawed plan," Robert Rubin, the former secretary of the Treasury and a Citigroup director, told me. "From a fiscal point of view it's horrendous. It adds to deficits and federal debt in very large numbers until 2060." He calculates that the transition costs of Bush's plan for the first 10 years would run at least $2 trillion and $4.5 trillion for the second 10 years. The exploding deficit would have an "adverse effect on interest rates, an adverse effect on consumption and housing prices, reduce productivity and growth, and crowd out debt capital to the private sector. Markets could begin to lose confidence in fiscal policy. The soundness of Social Security will be worse. These are the possibilities."

Rubin added that the stock market is hardly a sure bet. "You are not making Social Security more secure by subjecting people's retirement to equity risk. If you look at the Nikkei in Japan, you get a sense of what can happen."

Behind the pomp and circumstance of the inauguration, the display of might and rhetoric of right, lie the fear and trembling of the Republican Party. If the defeated, scourged and disheartened Democrats can maintain a modicum of discipline, the Republicans will alone be forced to defend Bush's Social Security proposal. And enough of them realize that attacking the fundament of the social contract may loose political furies against them. Already the powerful chairman of the House Ways and Means Committee, Bill Thomas, has called Bush's plan "a dead horse."

But Bush appears determined to have regime change at home. In his first term, he promised "compassionate conservatism." In his second term, he pledges casino conservatism, the restoration of boom and bust, which he calls "the ownership society." He has gambled his presidency on it.