The father of infertility

When I was going through the grueling process of trying to have a baby, I longed for the comfort of empathetic women. I found it where I least expected it: From my blunt-spoken dad. 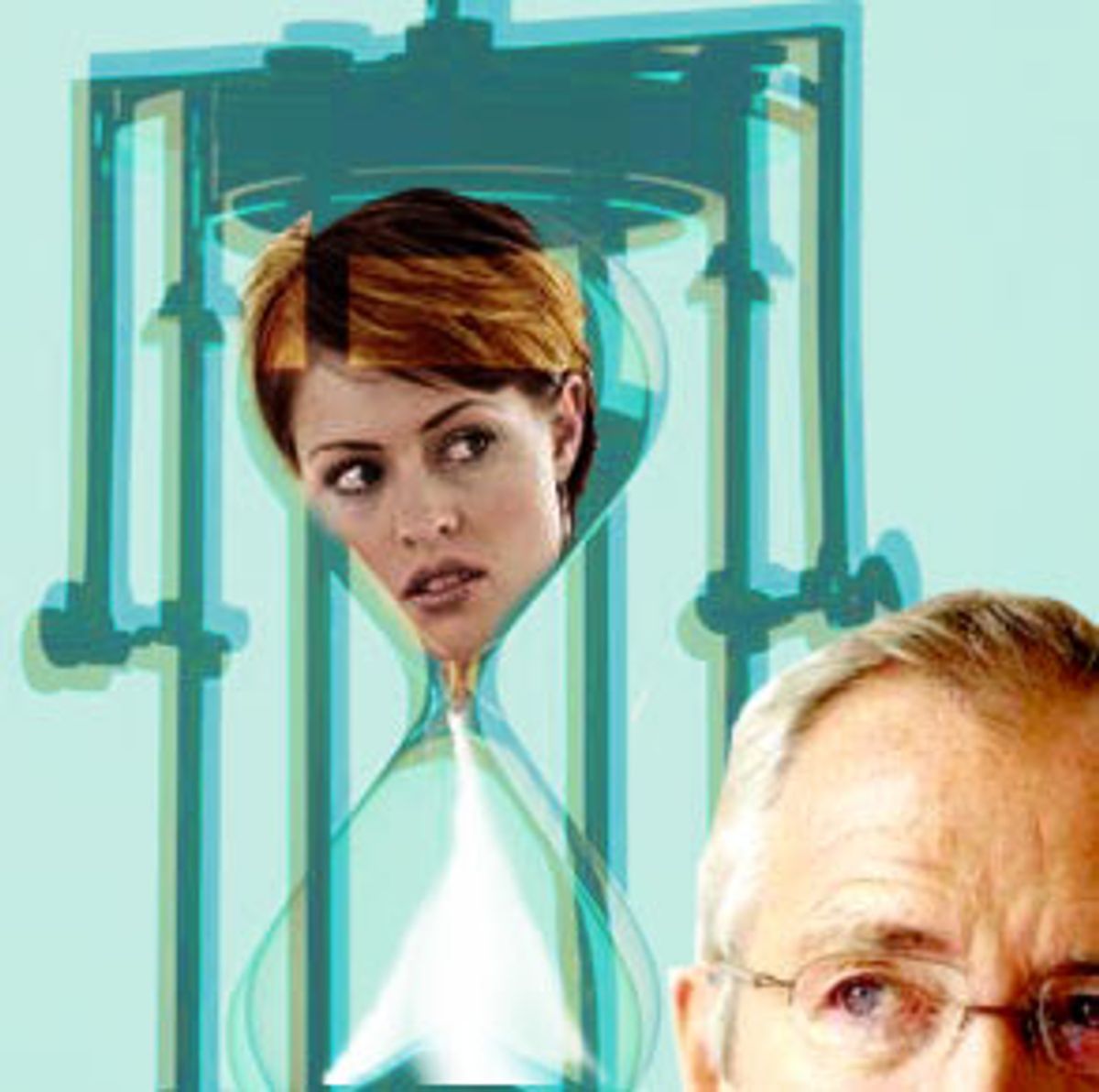 Staring at a wall plastered with the faces of smiling babies, the doctor provided me with my options for infertility treatment. Oral hormones, oral hormones with sperm insemination, injectable hormones with sperm insemination, in vitro fertilization. He ticked them off like they were items on a menu. My husband sat beside me with his eyes closed, lost in his own grief, looking like he wished he could recede into the taupe walls.

I felt utterly alone. I was surrounded by men -- one clinically detached, the other, overly and understandably emotional -- when all I wanted was to talk to a woman. But I didn't know anyone who had been through this grueling process (all of my friends were remarkably fertile), I didn't have a sister and my mother was gone. She died when I was 15, long before she could impart knowledge much deeper than "Get your hair out of your eyes" or "That outfit is inappropriate for school." And so I turned, in desperation, to my dad.

Historically, when I have discussed major life issues -- marriage, career -- with my father, he has answered with his favorite response: "I'm not an expert on these matters." Instead he considers himself an expert on topics such as tennis championships, linen handkerchiefs, acceptable spellings on Italian menus and Oscar-winning movies of the 1950s. He stopped remembering my friends' names in grade school and still thinks a nice pair of shoes cost $40. He was not the best candidate for an infertility confidant, but he was all I had.

Things started off badly. My father didn't seem to understand the premise.

"What is the problem?"

"Don't you people have sex?"

Maybe 10 percent of American women talk about sex with their father. I used to be in the other 90 percent.

"So, there's no problem. Have it again."

Finally, after some preliminary tests, I was actually eager to call and tell him the specialists had discovered tiny cysts that "might be problematic" hanging on crucial reproductive areas. My doctor had suggested elective surgery.

"Great! I'll be there," he said, as if I'd invited him to a ballgame. I'd expected this. My father is a retired doctor and my mother was a hospital administrator. Minor medical procedures in our house were practically cause for celebration. But I'd forgotten how nonchalant Dad was with all things medical. The day before the surgery, my father and I were having lunch at my local deli.

"How could removing a teeny little cyst really make a difference?" I whispered.

"Sabrina, your fallopian tube is the size of a pencil," he bellowed. "You can't just have something the size of a lentil hanging around on it!"

And thus the deli guy and I got a lesson in female anatomy together. I was mortified enough to start getting my coffee somewhere else, but I knew I shouldn't have been. Dad didn't see any problem with announcing the size of my fallopian tube; it was just a medical truth.

The deli debacle taught me that when discussing infertility with my father, I should forget the emotion and stick to the facts. Soon I was inundating him with medical details about my husband's sperm count, my hormone levels and our lab results.

"How is the artificial inspiration going?" he asked me one day on the phone.

"Daddy, it's called 'artificial insemination.'" (I never thought I'd hear myself use all of those words in a sentence.) Somehow I started calling him from work at 11:30 each morning, first as a distraction from my increasingly calculated sex life, then because I realized he was the only person who was home all day with nothing to do but listen to me ruminate about my childless condition. In return, he'd regale me with details of his retired existence. He'd complain about his newspaper being stolen, the relentless phone stalking of telemarketers, the hour of his last bowel movement.

"Daddy, are you listening?" I said one day when I was particularly depressed. "The treatment failed."

"I heard you. Treatments fail, Sabrina. They don't all work." His matter-of-fact answers never ceased to shock me. Not an ounce of motherly empathy flowed over the phone lines. Treatments fail. Newspapers get stolen. Constipation happens.

It's easy to get caught up in the drama of one's life, especially when that drama costs thousands of dollars, involves statistics about your age, the date of your last period and the number of times you've had sex that week. Some days I'd wait for 11:30 to come, lock myself in my office and madly dial his number with my daily report. My desperate tears would release and I'd tell him I just couldn't take another minute.

"Did they say you could try the inspira-, insemination -- whatever -- again?"

"Then you try again."

"But I don't really want to stop. I want a baby. It's just really, really hard."

And then always very quietly, "But it's for a good cause."

When, after 18 months of trying everything on the infertility treatment menu, I told my father that I was pregnant, he yelled so loudly his neighbor's dog started barking. He couldn't contain the news for even a day, despite my pleas that it was still very early. In the first hour, he told his housekeeper, the newspaper boy and the man who called with a very special offer for satellite television.

My daughter, Cecelia, was born on the kind of frigid April day that scares you into thinking spring will never come. My husband had all the fun -- he wrestled with the camcorder, swaddled the baby in a soft blanket, and got to make cute little footprints on her medical chart. My dad held my head in the recovery room while I vomited up every painkiller drug they gave me and informed the nurses how many cc's of fluid I'd spit up and wiped my mouth with his linen handkerchief.

I often think of how my mother would have fared through my ordeal. How she probably would have had her own crying spells over each treatment failure and how she would have made me see her 90-year-old gynecologist and been convinced that my infertility was somehow related to the way I wore my hair. I had wanted another woman around. I had wanted my mom. But as it turned out, my father was just the right person for the job. He was right all along.

Fallopian tubes are the size of a pencil. Sometimes treatments fail. But keep trying if you really want something. It's for a good cause.

Sabrina Paradis is a freelance writer. She lives in New York City with her husband and daughter.