A collection of stories teeming with infidelity and selfishness will fill you with nothing less than fascination. 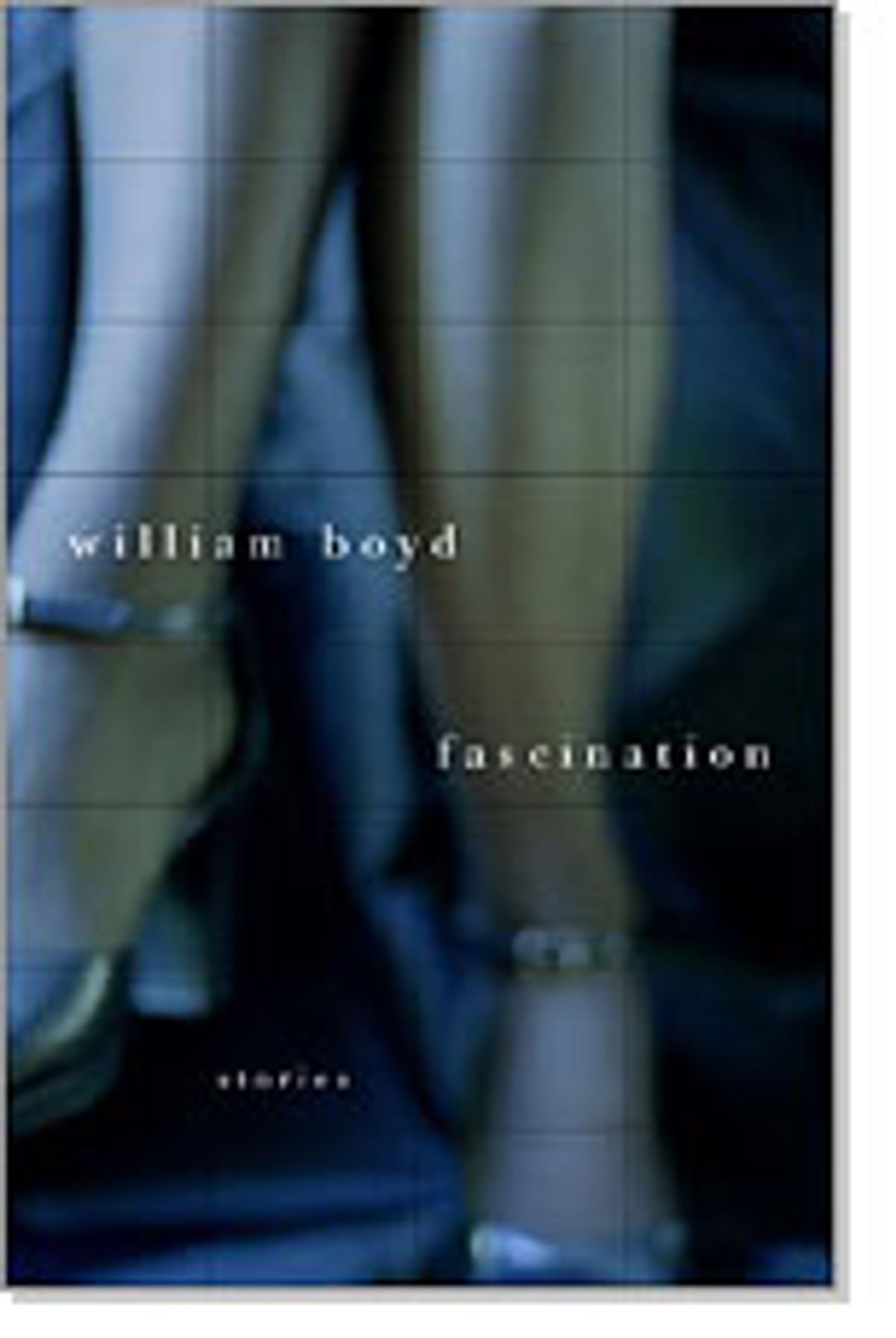 Here's the thing about short story collections: They can showcase an author's range -- or call attention to his limitations. And not infrequently, they do both.

Such is the case with "Fascination," a new book of 14 short stories by British writer William Boyd (author of eight novels, including 2003's critically lauded "Any Human Heart"). Boyd's character-based yarns take place in all sorts of cities around the world -- in various eras -- and are told by men, women, children, and men and women who act like children. They also reveal Boyd's almost single-minded preoccupation with infidelity, sexual selfishness and emotional disconnect between the genders. And while, at points, the frequent soundings of the same themes teeter on the edge of growing tiresome, Boyd snatches them back from the brink by imbuing each story with enough freshness to not only hold his readers' interest but to pass along to them the fascination he clearly has with the quirky characters of his creation.

There's Edward, a feckless graduate student and aspiring novelist so misanthropic and innately false that he not only suspects his blind tutee of faking sightlessness, but beds the young man's sexy sister behind the back of his own blindly trusting girlfriend. Edward, who narrates the collection's opening story, "Adult Video," returns in the collection's title story, "Fascination," and comes off as no less of a rat in middle age, making a play for a teenage high-jumper half his age and lying shamelessly to that same trusting girlfriend from the first story, who is now his wife, sole financial support and the mother of his child.

Any growth we might have hoped for from Edward at the end of the first story is soundly dashed in this follow-up, but then, such disappointing men are par for the course in Boyd's collection. In "Notebook No. 9" we're treated to the journals of a fatuous film director who is in love with a famous actress, yet irritated by the very existence of her young child. In the surreal "The Haunting," a successful landscape architect becomes possessed by the spirit of a long-dead hydrodynamic engineer with something to prove; naturally, the ghost is a louse and a lech who forces the architect to drink too much, sleep around and make a mess of the lives of his wife and kids. You get the idea.

That's not to say that the women in Boyd's book are all noble sufferers, though certainly many of them are. No, some of these women are just as oversexed and selfish as the men they share their stories with: a mother who cheats on her husband essentially under the gaze of her young son, the ultimate victim of her betrayal; a mistress who betrays her lover and conceives a child with his best friend.

And just when you think it's all getting too dark, Boyd offers you a few bittersweet heartwarmers: a shadowy tale of a poor, young dancer/prostitute in Germany with a sick baby to support who finds a flicker of hope in a young pianist she meets on the street one night in the dim light of a gas lamp; an amnesiac English soldier who finds comfort in the fictional love of a fantasy girl ... before he dies suddenly of a massive brain hemorrhage; a 19-year-old kid who works in an American-style gym in the U.K. and saves bodybuilders from the deleterious effects of steroids by selling them placebos of his own devising (the crappier the packaging and higher the price, the more successful the product, he's found).

That last fellow -- doing good by doing bad -- is also studying philosophy, trying to solve the mind-body problem in a school paper: "What do we do when we look at our fellow human beings?" he writes. "The bulk of their behaviour is as unpredictable as the weather. We intuit that they have mental lives -- minds -- of one sort or another, but beyond that we arrive at perplexity."

Boyd tells the stories of these fellow human beings of varying moral character and tracks their unpredictable behavior. And though he declines to offer explanations and motives, he manages to lead us beyond intuition and past perplexity, until we arrive, finally, at fascination.