"A military in extremis"

Still living in a fantasy world, the administration has no strategy for maintaining the current number of U.S. forces in Iraq for two more years. 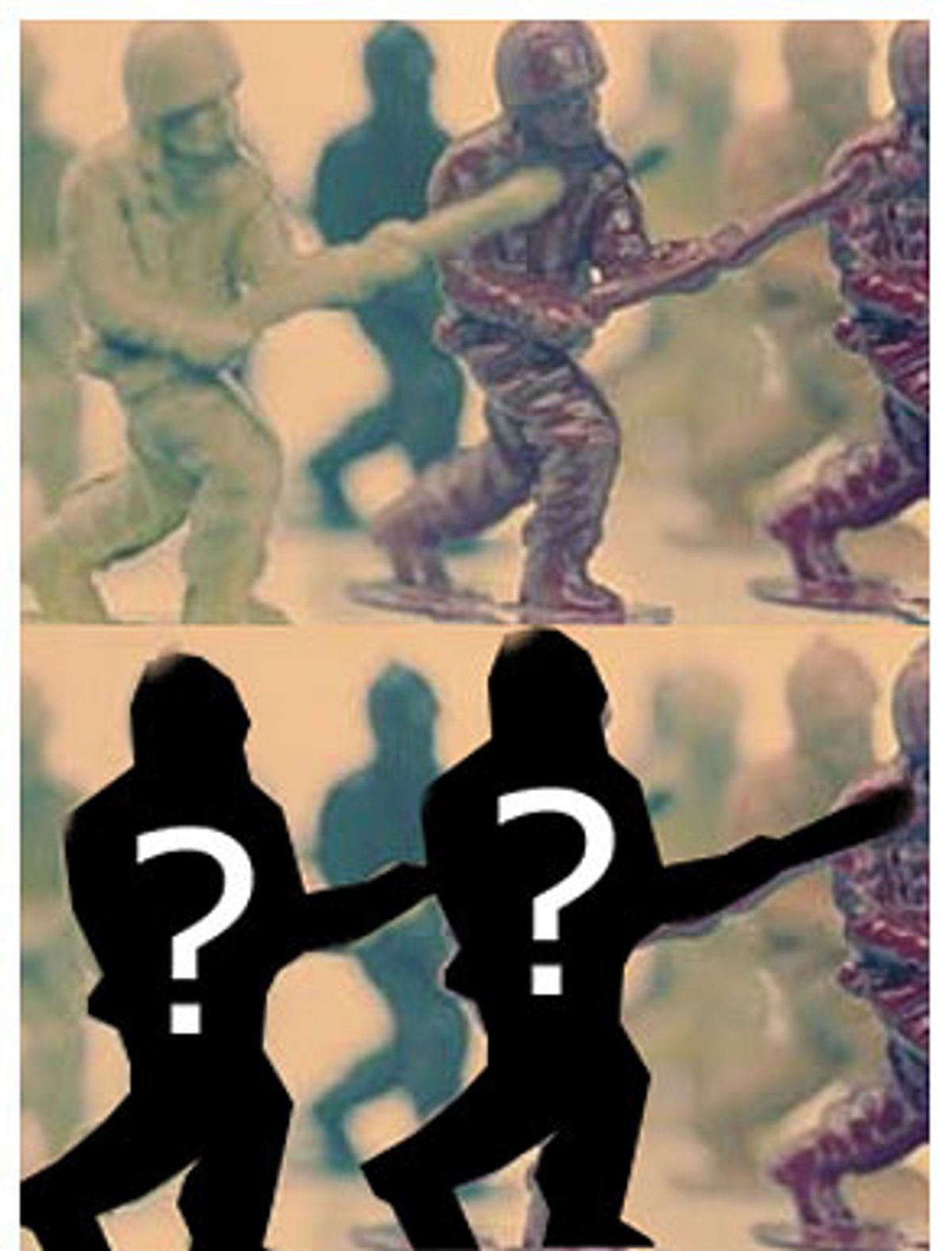 The most penetrating critique of the realism informing President Bush's second inaugural address, a trumpet call of imperial ambition, was made one month before it was delivered, on Dec. 20, 2004, by Lt. Gen. James Helmly, chief of the U.S. Army Reserve. In an internal memorandum, he described "the Army Reserve's inability under current policies, procedures and practices ... to meet mission requirements associated with Operation Iraqi Freedom and Enduring Freedom. The Army Reserve is additionally in grave danger of being unable to meet other operational requirements and is rapidly degenerating into a broken force." The memo continues: These "dysfunctional" policies are producing a crisis "more acute and hurtful," as the Reserve's ability to mobilize troops is "eroding daily."

The U.S. force in Iraq of about 150,000 troops is composed of a "volunteer" Army that came into being with the end of military conscription during the Vietnam War. More than 40 percent are National Guard and Reserve members, most having completed second tours of duty and been sent out again. The force level has been maintained by the Pentagon only by "stop-loss" orders that coerce soldiers to remain in service after their contractual enlistment expires -- a backdoor draft. Reenlistment is collapsing, by at least 30 percent last year. The Pentagon justified this de facto conscription by telling Congress that it is merely a short-term solution that would not be necessary as Iraq quickly stabilized and an Iraqi security force filled the vacuum. But this week the Pentagon announced that the U.S. force level would remain unchanged through 2006.

"I don't know where these troops are coming from. It's mystifying," Rep. Ellen Tauscher, a ranking Democrat on the House Armed Services Committee, told me. "There's no policy to deal with the fact we have a military in extremis."

Bush's speech calling for "ending tyranny in all the world" was consistently abstract and uninflected by anything as specific as the actual condition of the military that would presumably be sent scurrying on various global missions. But the speech was aflame with images of destruction and vengeance. The terrorist attack of Sept. 11, 2001, appeared as a "day of fire," a trope combining the Dies Irae of the Roman Catholic Mass ("The day of wrath, that day which will reduce the world to ashes") with the Book of Revelation ("lake of fire"). Bush never mentioned Iraq, but he spoke of fighting fire with fire. "We have lit a fire as well -- a fire in the minds of men. It warms those who feel its power, it burns those who fight its progress, and one day this untamed fire of freedom will reach the darkest corners of our world." The phrase "a fire in the minds of men" is a quote from Dostoevski's "The Possessed," and Dostoevski meant it to describe the fanaticism of nihilistic terrorists. Bush twisted the reference to conflate "freedom" with retribution that "burns" our enemies with "untamed" fury.

The neoconservatives were ecstatic, perhaps as much by their influence in inserting their Gnostic code words into the speech as by the dogmatism of the speech itself. For them, Bush's rhetoric about "eternal hope that is meant to be fulfilled" was a sign of their triumph. The speech, crowed neocon William Kristol, who consulted on it, was indeed "informed by Strauss" -- a reference to Leo Strauss, philosopher of obscurantist strands of absolutist thought, a mentor and inspiration to some neocons who believe they fulfill his teaching by acting as tutors to politicians in need of their superior guidance. But "informed" is hardly the precise word to account for the manipulation of Bush's impulses by cultish advisors with ulterior motives.

Even as the neocons reveled in their influence, Bush's glittering generalities, lofted on wings of hypocrisy, crashed to earth. Would we launch campaigns against tyrannical governments in Pakistan, Egypt, Saudi Arabia or China? No, the White House briefed reporters, of course Bush didn't mean his rhetoric to suggest any change in strategy.

Unfortunately for Condoleezza Rice, such levels of empty abstraction could not glide her through her Senate confirmation as secretary of state without abrasion. With implacable rigidity, she stood by every administration decision. There was no disinformation on Saddam Hussein's development of nuclear weapons; any suggestion that she had been misleading in the rush to war was an attack on her personal integrity. The light military force for the invasion was just right. And it was just right now.

Contradicting Sen. Joseph Biden of the Foreign Relations Committee, who stated that there are only 14,000 trained Iraqi security forces, she insisted there are 120,000. Why, Secretary of Defense Rumsfeld had told her so. Then, implicitly acknowledging the failure to create a credible Iraqi army, the Pentagon announced that U.S. forces would remain at the same level for the next two years. Rice's Pollyanna testimony was suddenly inoperative.

The administration has no strategy for Iraq or for the coerced American Army plodding endlessly across the desert. Rep. Tauscher wonders when the House Armed Services Committee, along with the rest of Congress, will learn anything from the Bush administration that might be considered factual: "They are never persuaded by the facts. Nobody can tell you what their plan is, and they don't feel the need to have one." On the eve of the Iraqi election, neither the president's soaring rhetoric nor the new secretary of state's fantasy numbers touch the brutal facts on the ground.