Welcome to the NyQuil VIP Room

To catch everything at Sundance, you need a corporate sponsor, a bulletproof immune system and the ability to bend the laws of time and space. 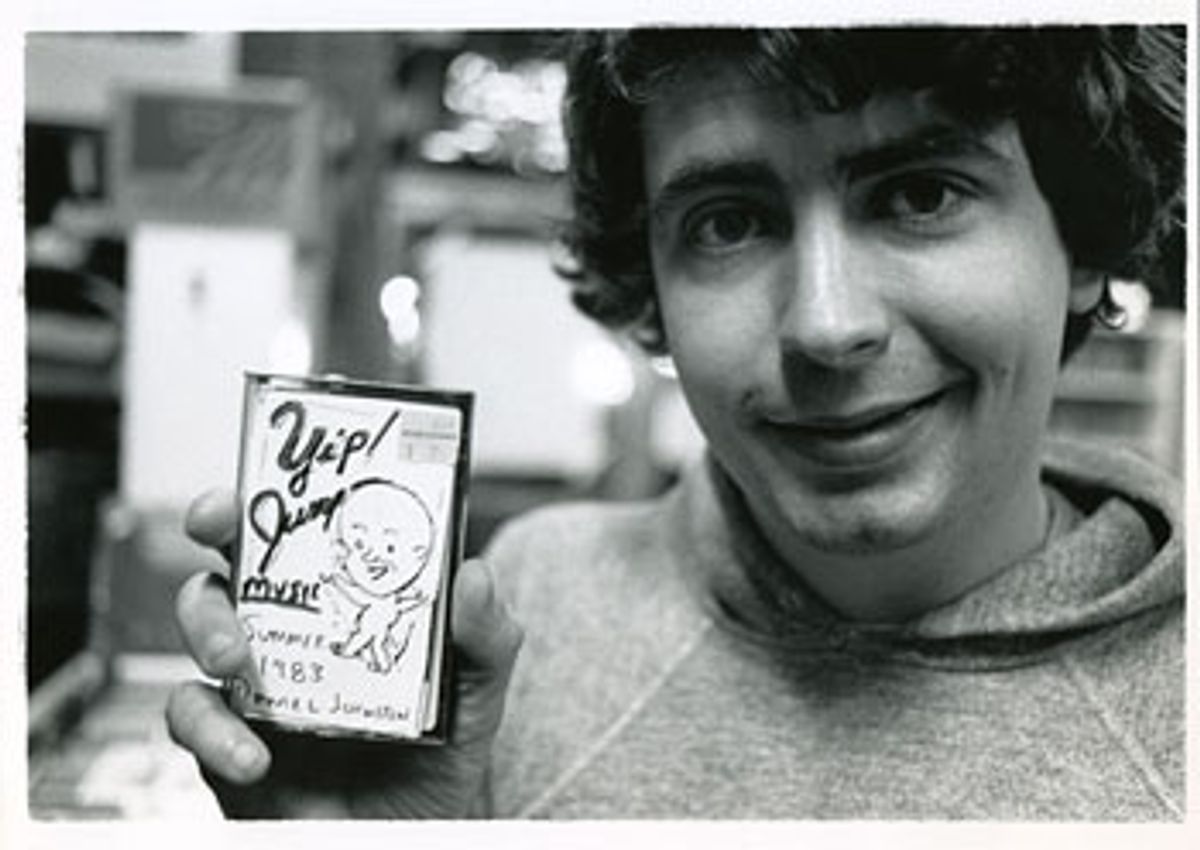 "Our lives are so boring, normally. We just really love movies." A woman on the bus is explaining to the woman next to her how she landed in Park City with her family. "We also stalk celebrities," she says brightly. "It gets expensive, so we call it 'Stalking Celebrities With the American Express Card.'"

"Have you told American Express about this?" another guy on the bus pipes in. "I'm sure they'd get onboard with the concept in a second."

Assigning corporate sponsorships to everything you see is one of the stranger side effects of Sundance. After a few days of walking by the Heineken Green Room or the Motorola Splinter Cell Late Night Lounge or the Shutterfly VIP room, you start to suspect that life can't be experienced fully without a corporate behemoth footing the bill. Even the gossip columns dutifully recite the brand names of festival locations like obedient little schoolgirls.

After scarfing down a dish of mini-ravioli between screenings, I've taken to calling our kitchen the Chef Boyardee Lounge. This makes me feel less pathetic for being holed up in the condo, and it takes my mind off the fact that there are ads flashing on flat-screen TVs somewhere out there, and an assortment of smartly packaged breath mints and trial-size face creams waiting for me to just reach out and grab them. But even nursing a burgeoning bout of the Sundance flu in bed isn't so bad, as long as I think of it as relaxing in the NyQuil VIP Room.

At Sundance, no matter where you are, you're always missing something. Every night in the wee hours, my roommate Ray returns to the condo with a big bag of swag. While I tend to scurry home after my fourth screening of the day to finish transcribing an interview or drafting a piece, Ray is the late-night master of free food and free stuff, and every time he drags out his latest goody bag packed with odds and ends, I examine its contents jealously. Sure, I could take or leave the "Pleasure Wipes" and the little earmuffs that don't even fit on my head, but the deep conditioner and the really cool green "Trudell" T-shirt and the glittery pink eye shadow make my heart beat a little faster.

Unlike Ray, one of the only extended detours I take from a schedule of back-to-back screenings and interviews occurs on Wednesday afternoon, when I descend into the depths of the ASCAP Music Cafe, hoping to get a good spot on the floor before Rickie Lee Jones performs an hour or so later. ASCAP stands for the American Society of Composers, Authors and Publishers -- not exactly the sort of glowering commercial pimp you find elsewhere -- and the Music Cafe is one of the real treats of Sundance, with square, squishy seats and places to sit on the floor right in front of the stage. Sadly, Rickie Lee Jones never appears -- somehow, during the two hours I'm there on the floor, running through songs like "Little Yellow Town" and "Stewart's Coat" in my head in anticipation, no one announces that she won't be performing. Eventually the substitute headliner says something about how intimidating it is to be standing in for Jones, and I creep out, disappointed, during the next song.

Luckily, the premiere party for "The Devil and Daniel Johnston" is just across the street in the Volkswagen Main Street Lounge, which is sort of like an art gallery filled with massive Volkswagen logos, the back end of a VW wagon, and a rug that looks like a collage of floor mats. The crowd gathered to celebrate Jeff Feuerzeig's entertaining documentary about songwriter Johnston is in good spirits, not surprising since the film is considered this year's "Super Size Me."

Speaking of fast food, there are McDonald's fries and hamburgers on platters at the party, in honor of Johnston's longtime job as a cashier at McDonald's. (Incredibly enough, when Johnston gained recognition, editors from Spin and other magazines would call him at McDonald's, since he didn't have a phone at home.)

At the party, Feuerzeig tells me he'd wanted to make a film about Johnston for years, but he'd been waiting for a third act in Johnston's life, as the musician disappeared from the public eye, spending time in and out of institutions due to his escalating battle with manic depression.

It proved to be well worth the wait, and Feuerzeig proved he had the patience to sort through piles of confessional audiotapes, home movies, artwork and hundreds of odd but impossibly catchy songs. Over the course of four years, Feuerzeig cobbled all of these artifacts together, along with some very moving interviews with friends and family, and the result is an imaginative and at times heartbreaking tribute to Johnston's life and work. Not only is Feuerzeig's film as inventive and outrageous as Johnston himself, but the filmmaker somehow manages to capture the strange quirks and charms of Johnston's cohorts and collaborators on film as well, choosing delectably odd first-person accounts over the more typical, tedious VH1-style testimonies of rock stars.

Johnston was performing later that night, but there was a long line outside, it was starting to rain and I was faint with hunger, so I escaped to Bandits down the street with some friends, where they offer a Kobe Burger described as follows:

"American Kobe beef patty that has been raised on beer and hand-massaged daily to make meat extra tender."

When I ordered the Kobe Burger, though, the waitress informed me that they were all out. "Really? That means there must be a masseuse back there, and a few extra pitchers of beer as well. Can you bring them out here instead?"

Clearly exhausted by the antics of pushy city types, the waitress redirected me to the Bandit Burger, which I promptly ordered, much to my regret. The patty tasted like it had been raised on charcoal briquettes and kicked daily with a muddy boot.

By the time we emerged from a disappointing meal, Johnston had already gone offstage after a short set, which just goes to show you that at Sundance, no matter how much you plan, you're always going to miss something. But chances are, festival-goers who've been stalking the latest indie hits with their credit cards won't miss "The Devil and Daniel Johnston" when they pass out the awards on Saturday night.