Looking abortion in the face

My second-trimester baby had a genetic abnormality, and I decided to terminate my pregnancy. I know exactly what I did, I wept for the fetus I killed -- and I have no regrets. 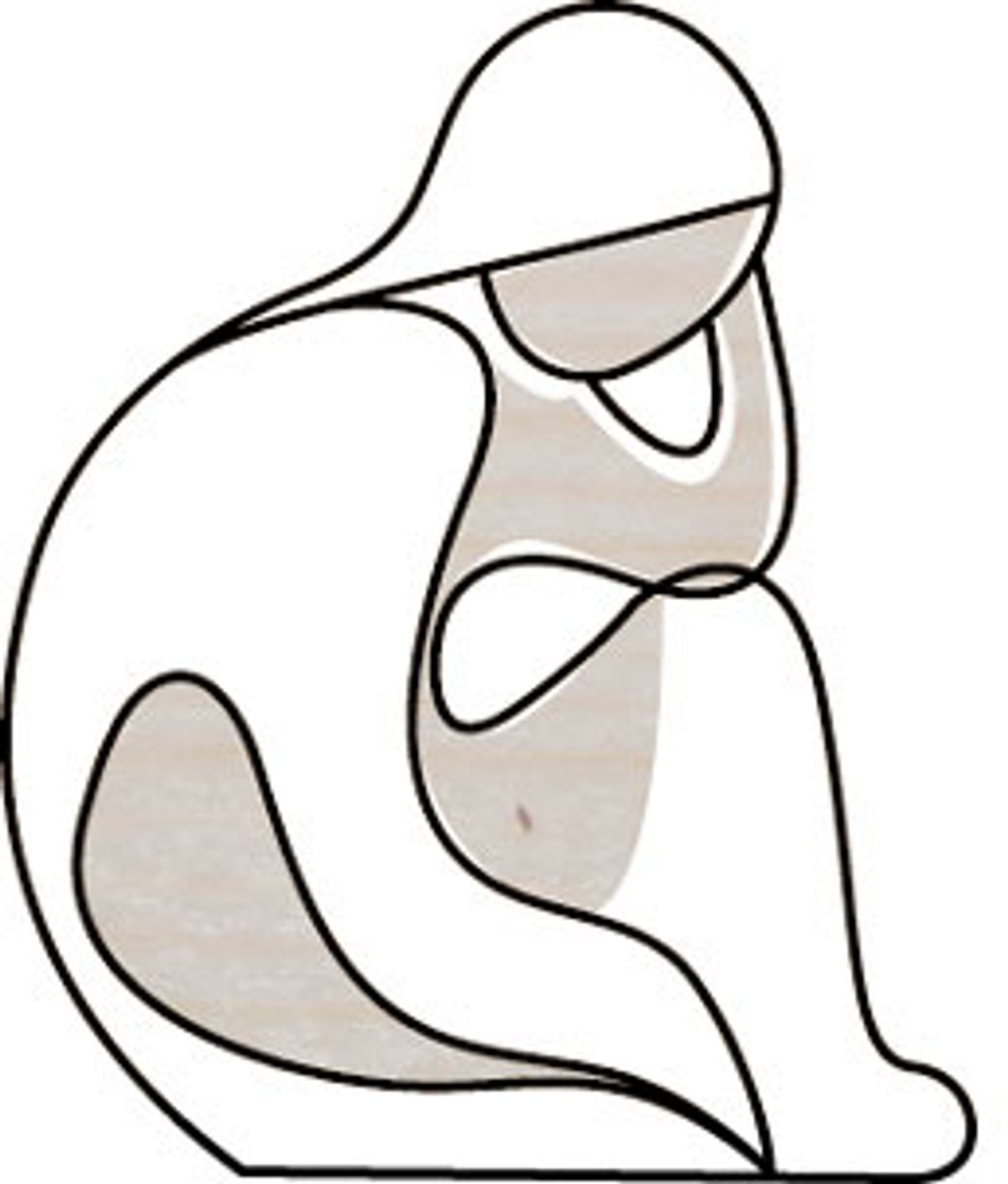 The pro-choice and anti-choice world is abuzz with debate and discussion about Frances Kissling's 7,500-word essay titled "Is There Life After Roe: How to Think About the Fetus." I found the article fascinating for a variety of reasons, not least because it is aligned in many ways with my current thinking about abortion.

I had a second trimester abortion. I was pregnant with a much-wanted child who was diagnosed with a genetic abnormality. I made a choice to terminate the pregnancy. It was my third pregnancy, and I was very obviously showing. More important, I could feel the baby move. We had seen him on the ultrasound; I have a very clear memory of his two tiny feet, perfect pearl toes, footprint arches, round heels. This was, for me, a baby, not a "clump of cells" as an older woman, steeped in the arcane language of the early feminist movement, called him. He was my baby, and I chose to end his life.

Let me be very clear here. I support absolutely the right to abortion. I give financial support to Planned Parenthood, to NARAL. I am fanatical on this issue. I believe that every woman is entitled to choose when and if to end a pregnancy. I also believe that to end a pregnancy like mine is to kill a fetus. Kill. I use that word very consciously and specifically.

I have no regrets.

I made a choice based on my own and my family's needs and limitations. I did not want to raise a genetically compromised child. I did not want my children to have to contend with the massive diversion of parental attention, and the consequences of being compelled to care for their brother after I died. I wanted a genetically perfect baby, and because that was something I could control, I chose to end his life.

This decision was not without its terrible costs. I mourned this baby's death. The night before the termination I lay awake, feeling him roll and spin within my body. I wept for the death of the baby inside me, and I also wept for the death of the "fantasy baby," the perfect baby I lost when the amnio results came back. I was catapulted into a six-month depression after the abortion, a depression that ended only when I got pregnant again. On Yom Kippur I wrote an essay about what I had done and read it before my congregation. One of the lines in that essay asked how I could apologize for being so inadequate a mother that I would not accept an inadequate child.

Everyone knows now how early a fetus becomes a baby. Women who have been pregnant have seen their babies on ultrasounds. They know that there is a terrible truth to those horrific pictures the anti-choice fanatics hold up in front of abortion clinics. When I was wheeled into the operating room, I begged my doctor to make sure my baby felt no pain before he was torn out of my womb. I knew the grim truth of a D&E (dilation and evacuation) -- I knew he would be dismembered -- and I wanted him dead before this happened. My doctor told me that he would make sure my baby felt no pain. You see, all this is horrible, and grim, and terrible to think about. But contemporary women know the truth about abortion, and those of us who remain firmly committed to a woman's right to choose need to accept and acknowledge that truth, or we risk losing our right completely.

I talked yesterday to my brilliant friend and role model Lynn Paltrow, a woman who has devoted her life and career to pregnant women and their rights. Lynn represents women who have been charged with various offenses because of drug use when pregnant. Lynn said something truly brilliant, I thought. To be relevant to the contemporary world, to be valid, the pro-choice movement must listen to pregnant women. We must listen to the woman and value her words. A woman who is unwillingly pregnant, whose pregnancy at, say, 10 weeks, is nothing more than a source of desperation, of misery, knows one truth and we must respect it and honor it. A pregnant woman whose 4-month-old fetus has Down syndrome knows another truth, and we must respect that, too. A pregnant woman whose batterer kicks her in the stomach, trying to end her baby's life, knows another truth. Respecting the truths of these pregnant women allows us to deal in shades of gray, to liberate ourselves from the straitjacket of the black and white.

I know why the feminist movement (of whom I am a proud member) has been so wary of using the language of fetal life. A senator who uses the phrase "partial-birth abortion" is exploiting a rare procedure to attack our broader right. I also know a woman who had two "partial-birth abortions," or D&Xs (dilation and extraction) as they are more accurately called. My friend Tiffany is a carrier of a terrible genetic abnormality. In addition to other defects, her babies developed with no faces, with no way to eat or breathe. They were doomed. The only way to extract them without hurting her chances of ever having another baby was through a D&X.

Tiffany named her children. She mourned and mourns their deaths. She is the face of the "partial-birth abortion." If we listened to women like Tiffany, we could acknowledge the value of the babies they lost, and defend absolutely their right not to carry them full term, not to force themselves and their babies to undergo the trauma of a doomed birth.