This documentary about the ludicrously bad ur-porno film will test your gag reflex. 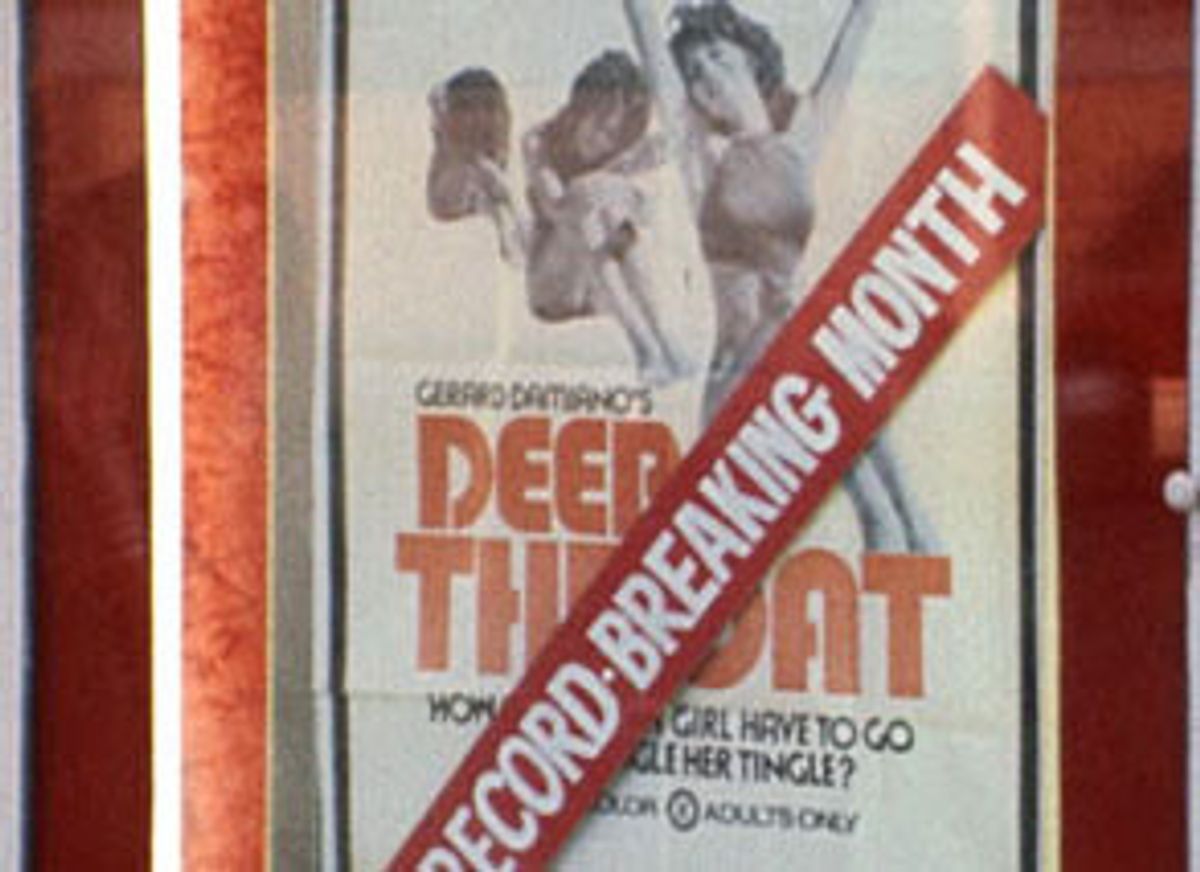 In case you arrived too late for the 1970s -- or the '80s or, OK, the '90s -- here's a recap: Sex. It was invented or discovered at some point in those years, although those of us who were oh so sophisticated and had read snooty elitist books like "Ulysses" and "Lady Chatterley's Lover" and the Bible liked to claim that we knew about it all along. The discovery of sex in all its horrifying varieties has divided America into two bitterly warring camps: Those who believe we are bitterly divided over sex and those who don't.

If I'm being facetious, the degree of exaggeration is not high. And if a movie can be fascinating and tedious at the same time, Fenton Bailey and Randy Barbato's "Inside Deep Throat" -- which more or less depicts the America I have just described -- is that movie. With its parade of semi-relevant celebrity talking heads, its freak-show interviews with the bitterly non-famous in their funny-looking clothes, and its assemblage of grainy, out-of-focus TV footage, "Inside Deep Throat" illuminates the cultural climate of the '70s while making it seem impossibly remote.

Like Bailey and Barbato's other films, which include "The Eyes of Tammy Faye" and both the fictional and documentary versions of "Party Monster" (along with made-for-cable movies about Monica Lewinsky, Anna Nicole Smith and Adolf Hitler), this one tries to straddle the uncomfortable gap between cultural history and kitsch hog-wallow, with mixed success.

More than that, the sudden hipness of "Deep Throat" opened a new front in the culture war, a war that had broken out almost a decade earlier over drugs and sex and haircuts and Vietnam and rock 'n' roll and that continues virtually unabated to this day. President Richard Nixon ordered a crackdown on smut, and police in New York and other cities closed theaters showing "Deep Throat." (Needless to say, box office demand surged everywhere it was still playing.) But Nixon's own appointed commission could find no evidence that porn was harmful, and while Reems was convicted of criminal obscenity charges in Memphis, so becoming American history's most unlikely martyr to the cause of artistic expression, a higher court soon overturned the verdict.

Gerard Damiano is now a leathery Florida retiree in a toupee and Sansabelt polyester slacks, half-convinced that he made a profound contribution to history. (As seen in mid-'70s TV footage, his hairpiece is just as bad but his grasp on reality is clearer. Asked whether he thinks "Deep Throat" is a good movie, he reflects for a second or two and says, "No.") His former location scout remains convinced that the movie, like Damiano himself, was "a piece of shit," while the nearly mummified Ron Wertheim, "Deep Throat's" production designer and himself a porn director of some repute, insists that he approached his films as if he were "Luc Godard or one of those guys." All this is amusing, sure, but Bailey and Barbato can't resist exaggerating the grotesque, shooting these sad sacks against their sub-bourgeois surroundings with deliberately cockeyed camera angles.

Harry Reems, recipient of the second-most-famous blow job in history (after the 42nd president of the United States), is now clean and sober, a Christian convert and a real estate broker in the mountain resort of Park City, Utah. Linda Lovelace, who provided that blow job, became a highly visible anti-porn activist and was killed in a 2002 car accident. She died almost dead broke. Her reputation made it almost impossible for her to hold a normal job and she actually went back to porn, posing at age 51 for a softcore pictorial in Leg Show magazine. All the obscenity laws used to close down "Deep Throat" theaters and convict Reems remain on the books, awaiting the next phase of America's war between puritans and libertines. Neither of whom, by the way, have God on their side.