Long before the U.S. occupation, the U.N. Security Council closed its eyes to Saddam's misuse of humanitarian funds, increasing Iraqis' suffering. It's time for its members to apologize. 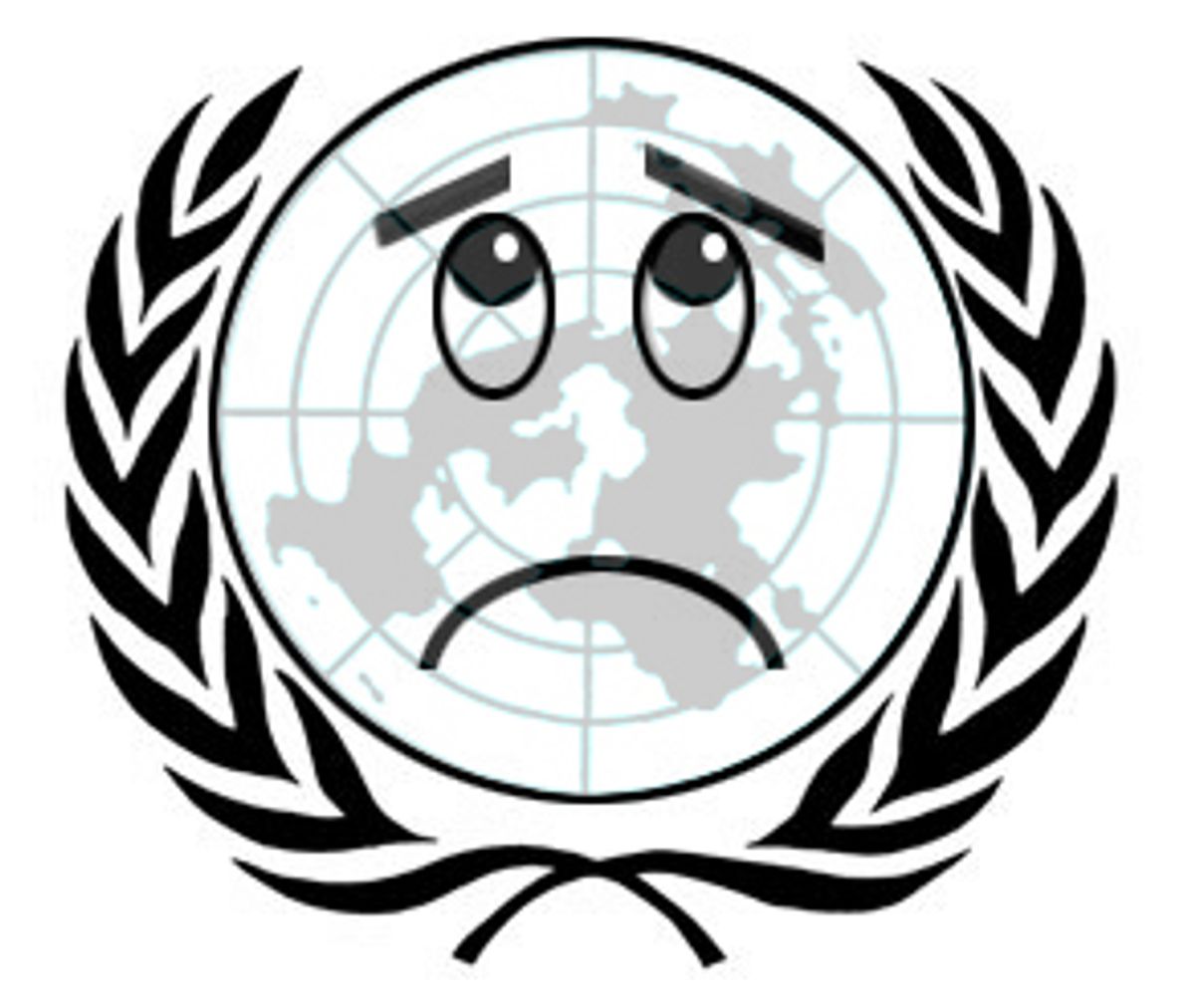 I believe we owe the people of Iraq a collective apology. I say this as a former employee of the United Nations oil-for-food program, the $64 billion operation that was set up to help Iraqis survive economic sanctions under Saddam Hussein and is now the subject of a spiraling controversy. On Monday U.N. Secretary General Kofi Annan suspended with pay the director of the program, Benon Sevan, and another official while an investigation of their actions proceeds.

The original aim of the sanctions, imposed by the U.N. Security Council in 1990, was to persuade Saddam to withdraw from Kuwait. When that failed, the "greatest military coalition in history" ousted him by force and, in the process, bombed Iraq back to what the first U.N. team to visit Baghdad after Desert Storm described as the "pre-industrial age."

Iraqi civilians were left without safe drinking water, electricity, working telephones and medical supplies. But they still had Saddam, courtesy of the Security Council's unanimous insistence on preserving "Iraq's sovereignty."

As the victors paraded down Fifth Avenue in New York with confetti and marching bands, Iraqis got a taste of what it meant to be "sovereign." In 1991 Saddam initiated a crackdown that killed tens of thousands of Kurds and Shiites. And in the five years that followed, a quarter of a million Iraqi children and elderly people (a conservative estimate) succumbed to malnutrition and waterborne diseases while the country remained under sanctions. Meanwhile, Saddam, the man we actually had a quarrel with, was brushing his teeth with Evian water and strengthening his state terror machine.

In 1996, the Iraqi dictator finally agreed to sign on to the oil-for-food program, which allowed Iraq to sell oil and purchase civilian goods under U.N. supervision. The program achieved its humanitarian objectives. But the U.N. was unable -- mainly because the Security Council was unwilling -- to stop Saddam from profiting from this trade, in violation of the sanctions.

Starting in 2000, Saddam's cronies demanded 10 percent kickbacks from international companies that sold humanitarian goods to Iraq. It worked just like a cash-back sale at Circuit City, except it diverted badly needed humanitarian funds (an estimated $2 billion, according to Charles Duelfer's report for the Iraq Survey Group) into Saddam's pockets, against international law, and right under the U.N.'s nose.

At a time when ordinary Iraqis were suffering life-threatening shortages, Saddam and his cronies were comfortable enough to dole out cash rewards, in the form of oil vouchers, to political allies around the world.

I was deeply pained when I read on Feb. 3 the preliminary report of the independent investigation into the oil-for-food program. The report, by former Federal Reserve chairman Paul Volcker, accuses the director of the program, Sevan, of intervening with the Iraqi regime to help a friend gain access to oil vouchers. His friend reportedly netted $1.5 million in profits without lifting a finger. (The allocations were resold to Shell, which transported the oil.)

According to Volcker, this was only a tiny speck in a large picture, as Saddam's corruption of individuals in the international community spread far and wide. While the diplomats involved in the program professed to have only the best interest of the Iraqi people in mind, international companies and influence peddlers reaped massive illegal profits behind the curtains. "Everyone was playing their own game," an unnamed Russian diplomat recently told the Los Angeles Times. "Everyone was using each other. And everyone agreed to close their eyes a little."

They even closed their eyes to a 2001 New York Times article that uncovered Saddam's kickback scam. The scoop received no attention until the fall of 2003, when a free Iraqi press picked up on the story. Suddenly, there were people out there who actually cared about the squandering of Iraq's resources.

Oops. Did the U.N. Security Council not foresee that Iraq's population might one day demand accountability? Iraq's interim human rights minister, Bakhtiar Amin, recently attacked "so-called international dignitaries" for profiting "as parasites on the misery of an impoverished nation." His statement reflects how the Iraqis feel today.

But how does the international community feel? Are we going to be like Kevin Kline's character in "A Fish Named Wanda," who can't bring himself to say the word "sorry"?

The international community cannot hide behind false outrage and individual scapegoats. The conditions that led to the profiteering were created by U.N. Security Council resolutions dating back to 1990. The apology should therefore be official, issued by the Security Council itself either in a future resolution or in a formal statement. It could read something like this:

"The Security Council regrets that it knowingly allowed for the misuse of Iraqi funds that were placed under its stewardship at a time of great hardship for the Iraqi people."

Perhaps it would help the international community turn the (sticky) page on this diplomatic debacle if Security Council members quit jousting for the moral high ground and began to admit their collective mistakes.

Michael Soussan, a journalist based in New York, resigned as a program coordinator for the United Nations oil-for-food program in December 2000.