Hipster revelers cheer their favorite pooches downtown, while uptown at Westminster, Carlee the German shorthaired pointer gets the gold. 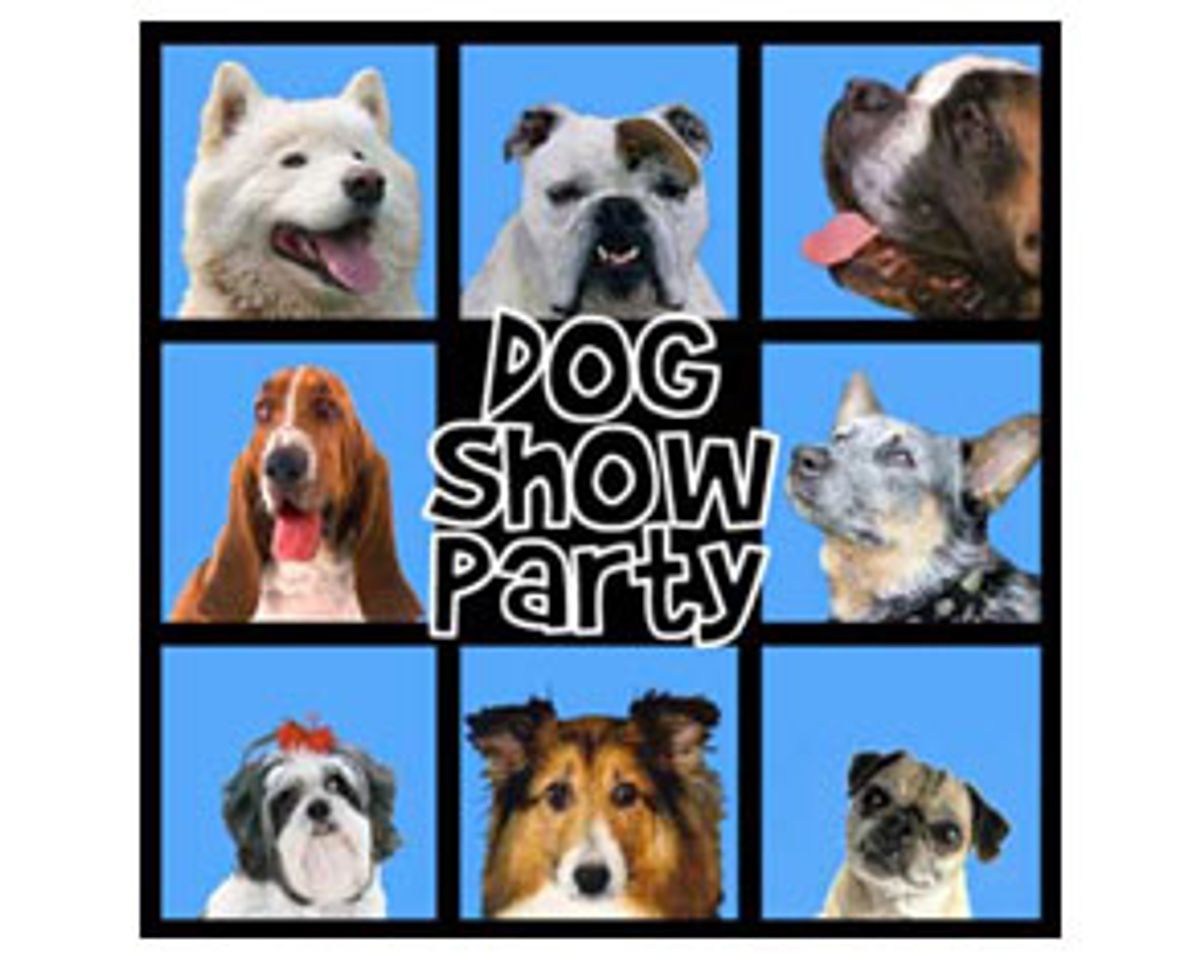 It's 9 p.m. at Tonic, a performance space on New York's Lower East Side. At the door, a blond woman in a white tank top and brocade coat pleads with the man with the hand stamp, "But we're on the waiting list!" only to be advised that she'd best give up hope and head home. Perennial New York party-crasher Shaggy eases his way inside. Hipsters, most under 30, are packed like sweaty sardines, flank to flank. The space smells like beer and piss from the porta-potties that have been set up to accommodate the crowd.

And then the music stops and the evening's stubble-faced emcee pipes up, over a lousy mike, directing the crowd's attention to the huge projection screen on the back wall behind the stage. "It is time to find out which of the Sporting Group will advance to best in show!" he yells. The crowd goes wild, shrieking and waving glittery signs that read "Pugs rule!" "Weimeraner's rock!" "My dachshund is bigger than your dachshund!" and "My dog ain't no pussy!"

It is surely coincidence that the annual Westminster Kennel Club Dog Show in New York takes place directly after Fashion Week. But it is a happy one.

Dog shows used to be sort of embarrassing-weird. Now they're trendy-weird, thanks to ironic appreciations of the form, from "Saturday Night Live's" "Dog Show!" sketch to Christopher Guest's 2000 "Best in Show."

I guess that's why this creatively monikered "Dog Show Party" is so packed. Benefiting an animal welfare group called Rational Animal, the fete was held for the first time last year in someone's Brooklyn apartment. Last year, of course, the dog show winner was Josh, a handsome Newfoundland who got a lot of media attention because Westminster rarely crowns large dogs. Josh was a really large dog. It's a testament to the ever-increasing allure of the show that this year, Dog Show Party is in a downtown venue with real speakers and more than 250 people milling around with drinks, watching a muted simulcast of the final rounds of competition.

Inside the entrance to the party are a couple of pugs and a golden retriever, whose tail thumps the floor gently. The golden is wearing a flashing red collar and a vest that says, "Adopt Me." He turns his head slightly, and I avert my gaze. It is imperative that I not make eye contact with the dog. Some women take stray men home from bars; I take stray animals.

Onstage, they are announcing the winner of the Sporting Group. People are whooping for Weimeraners. But no, it's the German shorthaired pointer who will move on to compete for best in show. No one jeers, but there is a noticeable silence. Apparently, there are not a lot of German shorthaired pointer fans in the house. But it's unsporting to boo any of the 2,581 dogs entered into this year's competition.

Just in time to cover the awkward moment, a gaggle of young women in fuzzy Dalmatian ears, vests and mittens clamber to the stage.

They are the Dog Show Party Dancers and they begin shimmying onstage in what looks to be a loosely choreographed routine. There's a familiar dance song playing, but the chorus goes, "All the dogs gotta be posin' right now/ Only one dog can be chosen right now."

I call my friend Merideth who is at Madison Square Garden with her family. She scored tickets to the sold-out dog show; I find myself oddly jealous. She picks up the phone and without saying hello tells me, "Oh my god, they just introduced Josh. The crowd is going nuts." Even though Josh has retired and become a therapy dog, he came out to greet his fans tonight, sort of like Miss America's last walk down the runway before handing over the tiara. I look up at the Dog Show Party Dancers, pawing the air seductively with their little spotted mittens. The simulcast has been turned off for their performance. I can't believe I missed seeing Josh. Maybe I should go home and watch on television.

Wait. Who am I? I don't watch dog shows.

But then the simulcast returns and the announcers tell us that the next group to be judged is the Hound Group. I can't leave now. I love hounds.The basset hound lumbers mournfully around the ring. Then the 13-inch beagle, the 15-inch beagle. The bloodhound's enormous jowls sway back and forth as he trots. Suddenly a lifesize, plush elf takes the stage. "Some may ask why," says the emcee. "We ask 'Why not?'" And so Ibrahim, the Dog Show Party Elf, with a pink plush face and bells on his green pointed hat, does a little dance.

The simulcast is back, a shaggy otterhound on-screen. I have always owned mutts, but this otterhound is pretty cute. "By far one of the ugliest dogs we will see tonight, the otterhound," says the Tonic emcee. Oh well. A Rhodesian ridgeback gets a lot of love from the Tonic crowd while a lanky, whispy-haired Saluki draws silence. "Correct me if I'm wrong, but this dog looks a lot like Paris Hilton," says the emcee.

As a handler in a white suit parades around on-screen, the Tonic emcee croons, "That is a wonderful blazer on that handler. Someone checked out Filene's Basement on her trip to New York City! Let's hear it for Filene's Basement, everyone!"

I am forcibly reminded of the time last year when a Target opened in Brooklyn and all kinds of privileged Manhattan kids swarmed it and took pictures of themselves with econo-rolls of toilet paper and posted them on their blogs. There's a fine line between appreciation and irony; an even finer one between irony and condescension. Now it really is time for me to leave.

As I'm weaving back through the mass of people two men dressed in red take the stage with red buckets on their heads, introducing themselves as "Future Folk." They sing a song about how thousands of years ago, "canines came from planet Beta Two that evil space cats overthrew." Despite being threatened by "dreaded astro-Siamese" and their "deadly photon fleas," the "lucky dogs they did break free" and now "there ain't no cat show on TV!"

I move faster, relieved that the "Adopt Me" pets have gone home for the night. If I get on the subway before the Herding Group gets judged, I will be on the couch with my cats in time to see this year's Josh -- the German shorthaired pointer, Carlee -- take her victory stretch.