Midnight cowboy in the garden of Bush and evil

The phony journalist in the White House is the most bizarre example yet of the administration's efforts to thwart an independent press. 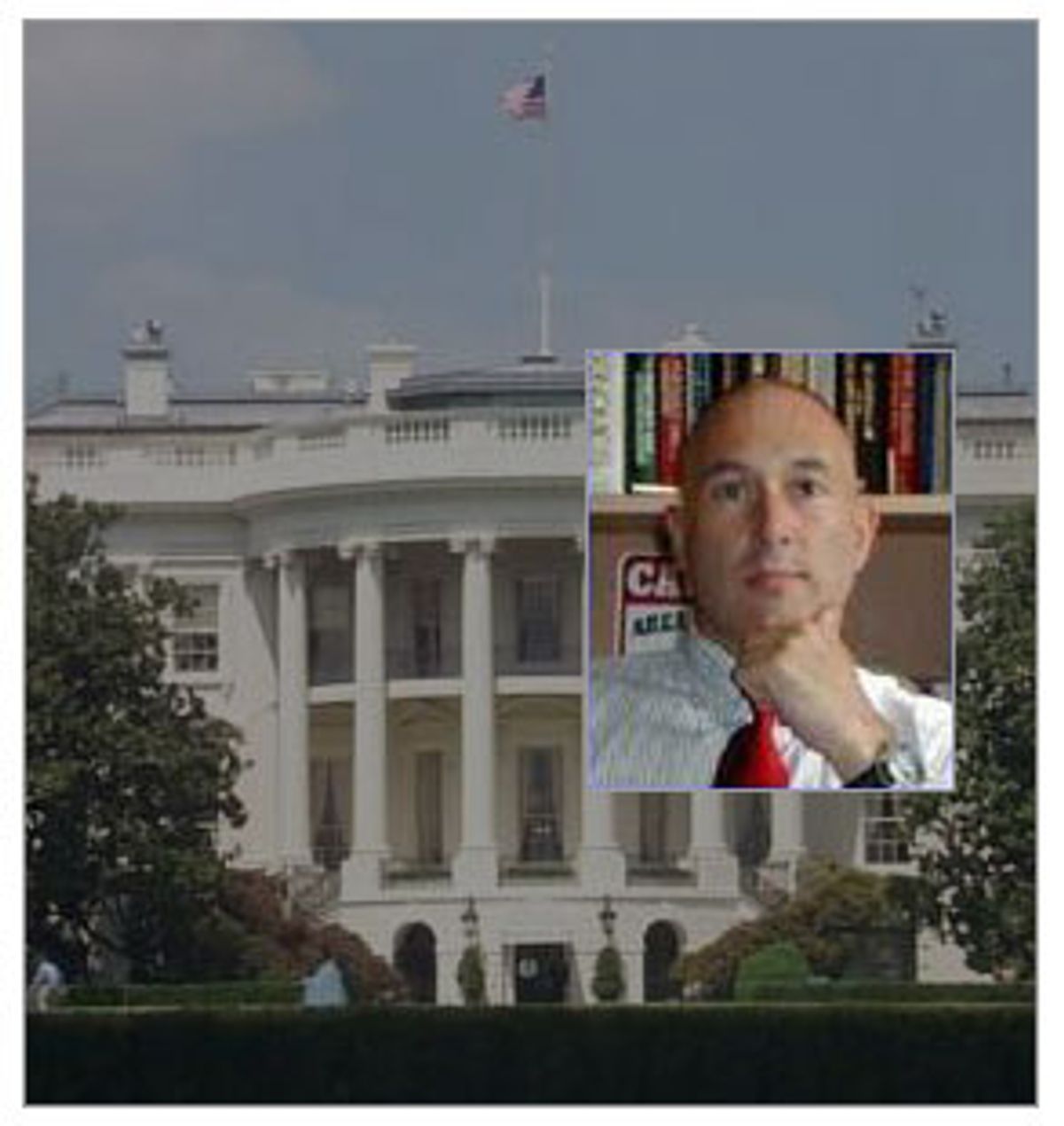 The White House press room has often been a cockpit of intrigue, duplicity and truckling. But nothing imagined on "The West Wing," or occurring before in the actual West Wing, challenges the most recent scandal there in phantasmagorical possibility.

The latest incident began with a sequence of questions for President Bush at his Jan. 26 press conference. First, he was asked whether he approved of his administration's payments to conservative commentators. Government contracts had been granted to three pundits, who had tried to keep the funding hidden. "There needs to be a nice, independent relationship between the White House and the press," said the president as he swiftly called on his next questioner.

A man then known as Jeff Gannon, Washington bureau chief of Talon News, rose from his chair to speak in a way that did not seem designed to elicit information. "Senate Democratic leaders have painted a very bleak picture of the U.S. economy. Harry Reid was talking about soup lines, and Hillary Clinton was talking about the economy being on the verge of collapse. Yet, in the same breath, they say that Social Security is rock solid and there's no crisis there. How are you going to work -- you said you're going to reach out to these people -- how are you going to work with people who seem to have divorced themselves from reality?"

Each of his assertions was false, gleaned from right-wing talk radio, where Gannon himself was frequently quoted and highlighted as an expert guest. On Fox News, one host hailed him as "a terrific Washington bureau chief and White House correspondent." For almost two years, in the daily White House press briefings, Gannon had been called upon by press secretary Scott McClellan to break up difficult questioning from the rest of the press. But who was Gannon? His strange nonquestion to the president inspired inquiry.

Talon News is a wholly owned subsidiary of a group of Texas Republicans called GOPUSA. Gannon's notable articles had consisted of asserting that John Kerry "might someday be known as 'the first gay president'" and a false story that an "intern" with whom Kerry was wrongly alleged to have had an affair had given an interview to a "major television network."

Gannon had also gotten himself entangled in the investigation into the criminal disclosure of the identity of covert CIA operative Valerie Plame. Plame is the wife of former ambassador Joseph Wilson, who had been sent on a mission by the Bush administration to discover whether Saddam Hussein was procuring uranium in Niger for nuclear weapons. He learned that the suspicion was bogus; appalled that the administration had lied about nuclear WMD to justify the Iraq war, he wrote an article in the New York Times about his role. In retaliation, administration officials blew Plame's CIA cover to conservative columnist Robert Novak. Gannon had called up Wilson to ask him about a secret CIA memo supposedly proving that his wife had sent him on the mission to Niger, prompting the special prosecutor in the case to question Gannon about his "sources."

It turned out that Jeff Gannon's real name is James Dale Guckert and that he had no journalistic background whatsoever. His application for a press credential to cover Congress, a process handled there by reporters, was rejected. But at the White House the press office arranged for him to be given a new pass every single day, a highly unusual and deliberate evasion of the regular credentialing that requires an FBI security check, which likely would have discovered more about Guckert. More information soon was revealed. Guckert owned and advertised his services as a gay escort on more than half a dozen Web sites, with names like Militarystud.com, MaleCorps.com, WorkingBoys.net and MeetLocalMen.com, featuring dozens of photographs of Guckert in dramatic naked poses. One of the sites was still active this week.

Thus a phony journalist planted by a Republican operation, used by the White House press secretary to interrupt questions from the press corps, called on by the president for a safe question, protected from FBI vetting by the press office, disseminating innuendo and smears about critics and opponents of the administration, some of them gay-baiting, was unmasked not only as a hireling and fraud but as a gay prostitute, with enormous potential for blackmail.

The Bush White House is the most opaque, allowing the least access for reporters, in living memory. All news organizations have significant economic interests subject to government regulation. Every organization seems to be intimidated, and reporters who have done stories the administration finds discomfiting have received threats about their careers. The administration has its own quasi-official state TV network in Fox News; hundreds of right-wing radio shows, conservative newspapers and journals, and Internet sites coordinate with the Republican apparatus.

Lifting the heavy Puritan curtain draping Bush's Washington reveals enlightening scenes of its decadent anthropology. Even as Guckert's true colors were revealed, the administration issued orders that the words "gay," "lesbian," "bisexual" and "transgender" be removed from the program of a federally funded conference on suicide prevention. But the transparent hypocrisy of conservative "values" hardly deters a ruthless government.

The experiment of inserting an agent directly into the White House press corps was a daring operation. Guckert's "legend," in the language of espionage, was that he was a news director, and his "false flag" was journalism. Until his exposure, this midnight cowboy in the garden of Bush and evil proved marginally useful for the White House. But the affair's longer-run implication is the Republican effort to sideline an independent press and undermine its legitimacy. "Spin" seems too quaint. "In this day and age," said McClellan, waxing philosophical about the Gannon affair, "when you have a changing media, it's not an easy issue to decide or try to pick and choose who is a journalist." The problem is not that the White House press secretary cannot distinguish who is or is not a journalist; it is that there are no journalists, just the gaming of the system for the concentration of power.