Grown-up animation finally has its day. 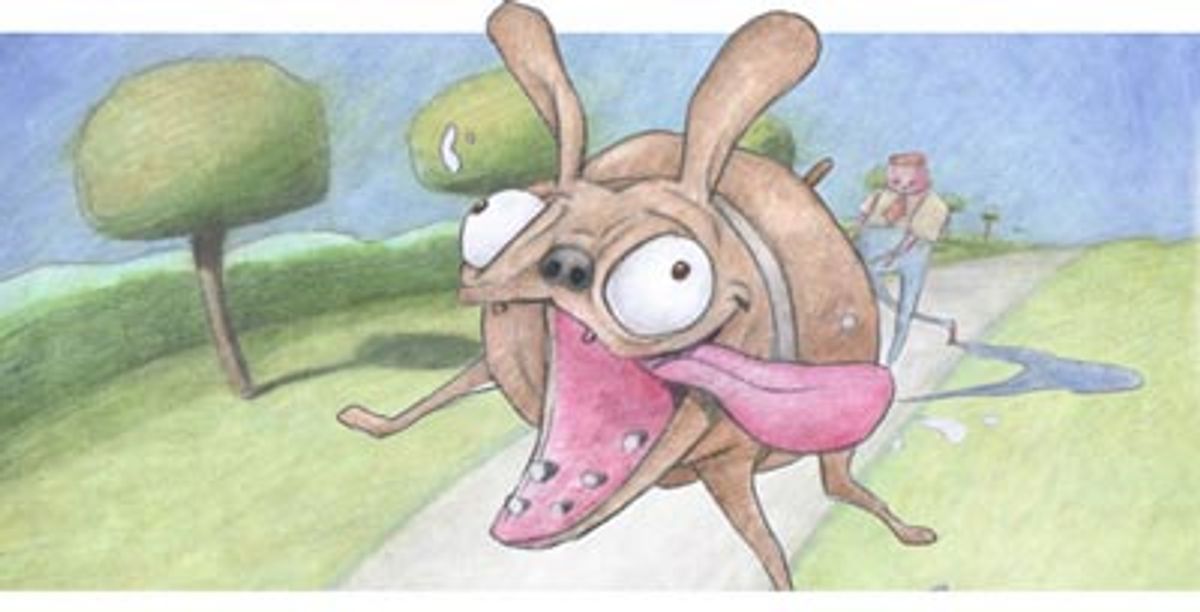 Oscar has been awfully unfair to Bill Plympton, the dean of independent American animation, whose nomination for "Guard Dog" this year is only his second ever, and first in a remarkable 17 years. (His last nomination was for "Your Face" in 1988).

In that time, Plympton has carried on a prolific and widely influential career with his subversive and darkly humorous films (he's made over 20 shorts, along with four features), but perhaps it's not the sort of fare that the Academy really feels comfortable honoring. The soft-spoken Plympton doesn't speculate about why he's been given such short shrift, but his peers insist it's because of a long-standing bias in the industry toward animation for children -- and the adult subjects that prime Plympton's imagination don't quite fit the bill. They'd much rather honor cutely drawn animals than, say, a hilarious meditation on kicking a deadly bad habit (1989's "25 Ways to Quit Smoking," which include using a flamethrower as a lighter and tying your neck in a knot and smoking through your navel) or an epic battle with a stubborn follicle (1984's "Nosehair").

But the industry may finally be catching up to the 58-year-old Plympton. He has spent a career coloring outside industry margins and setting his own, independent course. His style might be most familiar to viewers of MTV -- he created in-house ads for the network for years -- or patrons of the popular "Spike and Mike" traveling film festival. But now, amid a real animation renaissance in America -- the popularity of (ironically) foreign-produced animations such as Sylvain Chomet's "The Triplets of Belleville" and Hayao Miyazaki's "Spirited Away" being the chief exhibits -- Plympton's more thoughtful work seems ripe for broader popularity.

And even though his wistful "Guard Dog" appears kid-friendly on the surface, it bristles with a sharper political undercurrent. Watch the short and see if you can figure out who the irrational, easily provoked pooch reminds you of. Plympton insists the similarity wasn't intentional, but says, "Oh, it's true. He's a lot like George W. Bush."