"The Best of Youth"

This six-hour, two-part movie about an Italian family spans 30 years, and stays with you for a long, long time. 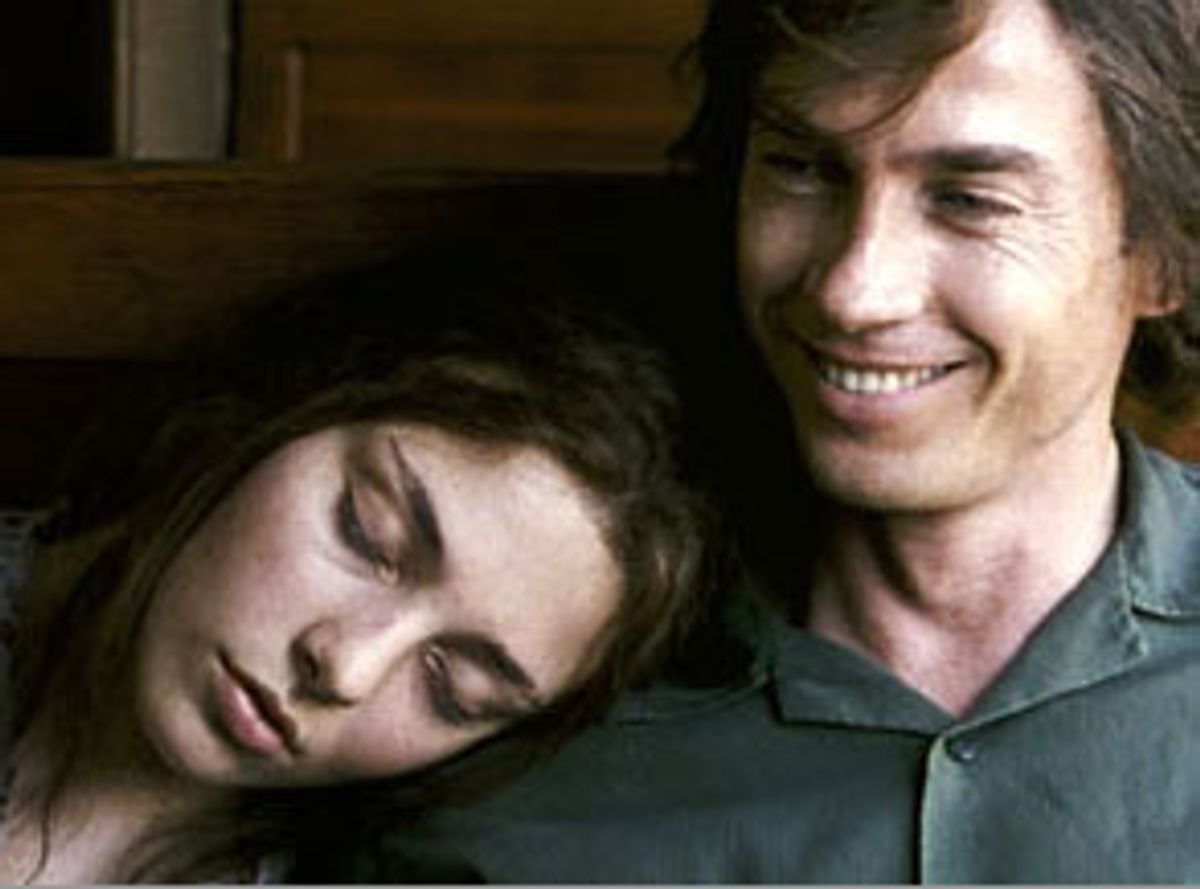 "The Best of Youth," originally made for Italian television and about to get a theatrical release here in the States, covers more than 30 years in the life of an Italian family. It's also six hours long (divided into two three-hour parts, with separate admission for each), representing the kind of time commitment that's daunting even for the most devoted moviegoers.

But before you relegate "The Best of Youth" to the "watch it on DVD later" pile, let's consider a few of the reasons we still bother to go to the movies in the first place: The communal experience is part of the draw, but there's also something almost ritualistic about setting aside the time to sit in the dark and allow yourself to be consumed by -- and to engage with -- the story unfolding before you. Moviegoing is private as well as public. Ideally, the time we've poured into a picture should mean nothing compared with the riches we take away from it. Some long movies merely rob you of time; others, like "The Best of Youth," expand in the memory, yielding returns far beyond the number of hours you've actually spent in the seat. This is a graceful and enveloping feat of filmmaking.

At the center of "The Best of Youth" are two brothers, Nicola Carati (Luigi Lo Cascio) and Matteo Carati (Alessio Boni), whom we first meet in 1966, as young men. Nicola has just completed his studies -- he's now officially a doctor, although he shows a youthful indifference to his vocation. Matteo, a naturally thoughtful kid who's devoted to literature and poetry and who, unlike his brother, has never had to work hard to earn good grades, is still in school. They're both living in Rome with their parents, Angelo (Andrea Tidona), a businessman who's always cheerfully looking forward to his next moneymaking scheme, and their mother, Adriana (Adriana Asti), a no-nonsense schoolteacher whose tender protectiveness toward her children doesn't reveal itself until well after they're grown. Nicola and Matteo also have an older sister, Giovanna (Lidia Vitale), who's a successful prosecutor, and a much younger one, Francesca (played first by Nila Carnelutti and later, as a grown-up, by Valentina Carnelutti), whom we first meet as the cute kid sister and who later emerges as one of the most effervescent and sensible figures in the family.

Nicola and Matteo are about to embark on a summer road trip with a few of their friends, a respite they've been looking forward to after having worked so hard at their studies. But instead of being just a youthful holiday, the trip marks the beginning of their grown-up lives. Matteo has met a troubled young girl, Giorgia (the mournfully lovely Jasmine Trinca), who has been subjected to electroshock therapy as a way of treating her mental disorders. Matteo spirits her away from the institution that has mistreated her. She joins Nicola and Matteo on their road trip (they never meet up with their friends, as planned), and both brothers fall in love with her, at least just a little bit. But the three are separated in the course of their travels: Giorgia disappears, and the brothers are helpless to find her. Matteo returns home and joins the army (he later becomes a policeman), as if he were desperate to impart some sort of order and toughness to his life full of dreams. And Nicola continues to travel, first to Norway and eventually to Florence, where he meets Giulia (Sonia Bergamasco), a beautiful young student and political activist who will become his longtime partner and the mother of his child.

"The Best of Youth" -- the title comes from a collection of poems by Pier Paolo Pasolini -- skips like a flat, smooth stone across Italy's recent past, glancing off notable events like the flooding of Florence (after which students converged upon the city, volunteering their time to salvage precious books and manuscripts) and capturing the sense of dread instigated by the Red Brigade terrorist attacks of the 1970s. The screenplay, by Sandro Petraglia and Stefano Rulli, uses events during those years as reflective surfaces for the lives of the story's numerous characters. It's not just Matteo and Nicola who grow up during the course of "The Best of Youth"; the country itself, suffering through Mafia assassinations and periods of massive social unrest, endures its share of growing pains, too. Giordana folds it all into his luxuriously expansive vision. Like the best long novels, "The Best of Youth" is both compact and languorous; it becomes part of our lives during the hours we spend watching it, and afterward, its characters linger in the memory, as if we ourselves have become part of their adoptive family.

Although the picture addresses certain aspects of childhood -- particularly in terms of Nicola's relationship with his daughter, Sara (played by three different actresses, Sara Pavoncello, Greta Cavuoti and Camilla Filippi) -- it isn't fixated on the way our childhood years shape us. Maybe that's part of why it's so effective, and so affecting: In "The Best of Youth," youth isn't wasted on the young -- this is a study in the ways in which we continue to grow after we've become adults.

As the movie opens, we don't know quite what to make of Nicola and Matteo. Nicola has worked hard in school because he's had to -- his good grades haven't come easily. Yet he isn't ready to become an adult and join the workforce. There's something both tentative and searching about him: Even if he embodies, to an extent, the youthful restlessness of the '60s (in the midst of his wandering, he becomes a woodworker in Norway, falling in love with the landscape and the people there), he's neither flaky nor careless with other people's feelings.

There's something essentially dignified, almost grave, about Nicola as a young man. The marvel of Lo Cascio's performance is how he manages to make Nicola seem less careworn, and lighter-spirited, as he ages, even as his personal difficulties and heartaches mount. It's a lovely performance, a testament to the way we grow the most after we think we've stopped growing. And Lo Cascio's features -- his intensely focused eyes, a nose that's a little too sharp for the friendly openness of his smile -- become more interesting the more you look at them. By the movie's end, he has become so familiar to us that it hurts to say goodbye to him.

If Nicola is the movie's sun, then Matteo is its luminous, mysterious moon. There are some things about Matteo that are never explained: He clearly likes girls, but a tender (though not overtly sexual) encounter he has with a transvestite hooker hints at complex layers that can't be easily parsed. We never fully understand why the thoughtful, exceedingly sensitive Matteo becomes first a soldier and later a policeman and detective. And despite his stoic masculine handsomeness, he sometimes seems too fragile for the world around him, let alone the peculiar roughness of his profession.

As a detective, part of his job is to photograph crime scenes, and while it seems like distressing work, we get a sense of the sorrowful fulfillment he gets from it: It's as if he feels he can somehow redress the injustices of the world by bearing witness to them through the lens. Alessio Boni gives Matteo just the right amount of opacity -- even if Matteo is always a bit of a mystery to us, Boni lets enough light through so that we always find it easy to care for him. And the tentative romance he begins with a young photographer, Mirella (Maya Sansa), has a delicate but intense quality. It's also a twist that will figure prominently in the movie's ending -- and a way of clarifying for us the nature of the brothers' fractured but indelible relationship.

I've barely touched on the intricacies of "The Best of Youth" -- the way it weaves a complex, textured tapestry of relationships between siblings, the way it deals with the difficulties of accepting our parents as human beings, the way it captures the desolation of grief. This is a modest yet generous work: It never strains to be a work of art; instead, it humbly acknowledges that, even in the course of six hours, it can capture only a small corner of the range of human experience.

Even so, its look is satisfyingly, though subtly, cinematic: Director of photography Roberto Forza shoots the faces of these characters as if they were landscapes, full of mystery and majesty, and they fill up the screen as completely as we could wish. Though "The Best of Youth" was made for the small screen (and probably works just fine on it), in some ways a TV screen is too small to hold it. This is an intimate work about the vastness of life.