Dan Rather signs off, his critics and peers cheer. But what, exactly, do they think will come next? 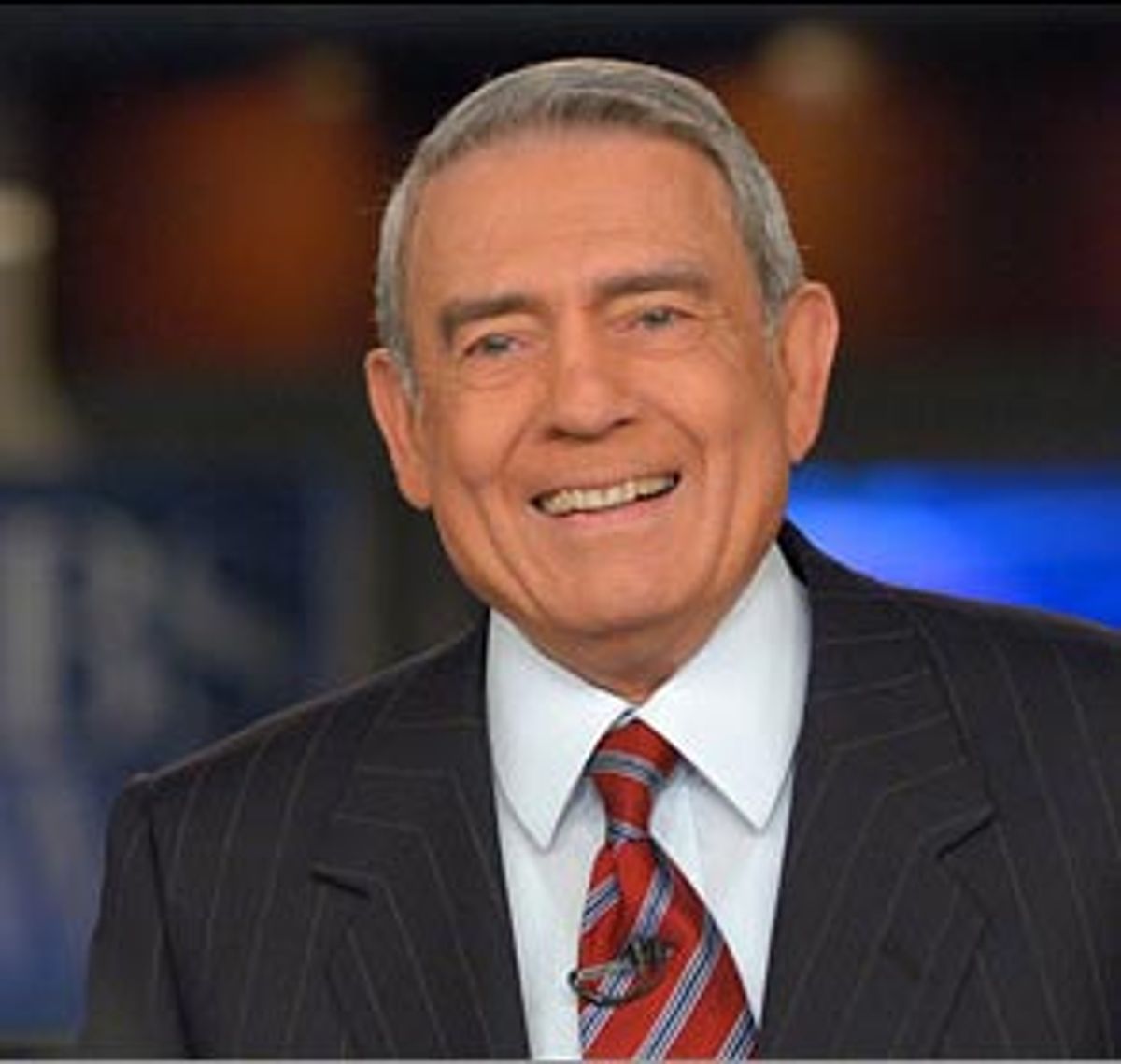 Last night, after 24 years as the anchor for CBS News, Dan Rather said goodbye with a word he once used in his sign-off every night: Courage. While he was ostensibly sending a message to the victims of 9/ 11, American troops and journalists abroad, tsunami victims and others, he might as well have been referring to his most precious resource over the past few months, when criticism has been hurled by everyone from media commentators to his own peers at CBS.

In the wake of his botched story on President Bush's military service during the Vietnam War, Rather has been castigated, not just for his involvement in the story, but for being Dan Rather. According to a New Yorker profile last week, Mike Wallace finds Rather "uptight, and occasionally contrived" and "not as easy to watch as Jennings or Brokaw." Don Hewitt, creator of "60 Minutes," also said he preferred to watch Jennings, and Walter Cronkite implied to CNN's Wolf Blitzer that Rather should've been replaced a long time ago. But beyond the immediate dog pile, a larger question looms: What does Rather's departure mean for CBS News, and for network news in general? In their desperation to avoid a continued ratings slide, will the big three networks continue their slide toward tabloid journalism, hoping to lure in more viewers with soft, flashy news -- celebrity interviews, trumped up tearjerkers, scary medical stories or the other stupid pet tricks of mainstream journalism?

Dan Rather certainly has been difficult to love over the years. Grandiose but out of step, arrogant but not very thoughtful, melodramatic but not charismatic, intense but slightly off-kilter, Rather has long epitomized the failings of an increasingly antiquated format. The pace and tone of Rather's delivery are so anachronistic that he almost appears to have become a parody of himself, like the ultra-false anchorman Kent Brockman of "The Simpsons," or a cheesy-announcer-guy persona created by Phil Hartman or Harry Shearer. When you compare him to ABC's Peter Jennings, who always comes across as smooth, reasonable, and capable of empathy without waxing poetic or drawing attention to himself, CBS News' consistent third-place finish makes sense.

But with pressures on network news to increase their audiences at a time when so many younger people appear to get their news elsewhere -- or nowhere -- CBS may be looking to change more than just the face of their news program.

A CBS News producer who asked to remain anonymous says that the morale at CBS is at an all-time low, and everyone is wondering what will happen next. According to the producer, the staff falls into two camps: "There's the 'glass half full' crowd, who thinks [CBS chairman] Les Moonves is going to do for the news division what he did for the entertainment division: revamp the line up, pump up the shows and get back to what we're famous for: good story telling."

"Then there's the 'glass half empty' crowd who thinks Les Moonves is going to do for the news division what he did for the entertainment division: revamp the line up, pump up the shows with pretty, inexperienced faces and tell stories that some consultant has told them will appeal to an audience that gets most of its news from the Internet."

For his part, Rather would prefer not to speculate -- or to bite back at his critics. In a recent interview with New York Daily News, Rather instead spoke in the same heroic vagaries that have made him an enigma to friends and colleagues for years. "You can look at me: After 43 years, I've got a lot of scars. They're all from the front," Rather said. "I didn't get it in the back because I didn't run. And now would not be a time to start."

Whether such words indicate Rather's courage or his arrogant refusal to adjust to the world around him depends on who you ask. But when the anchorman delivered his final heartfelt farewell, far more concise and less bombastic than Tom Brokaw's odd, rambling treatise on the greatest generation, it was tough not to feel a little sorry for him. So many years of solid reporting, and one careless move wins him a kick in the teeth from his colleagues and one big "See ya, wouldn't wanna be ya!" from the media.

But the fates (or at least the prime-time programming gods) have a way of evening the score. Lest we fail to grasp the sea change that's likely to accompany Rather's departure, we should ponder what will come next. Last night, seconds after we're treated to shots of the CBS newsroom erupting into applause as Rather takes his final bow, some of our CBS affiliates sent us straight to "Entertainment Tonight," with Mary Hart striding toward the camera in a skin-tight yellow turtleneck, barking the night's lead story: "The tsunami supermodel survivor breaks her silence!" -- which happened to be a plug for a story appearing later that night on ABC's news magazine, "20/20."