John Boorman's film about post-apartheid reconciliation in South Africa embraces forgiveness. But is it really that black and white? 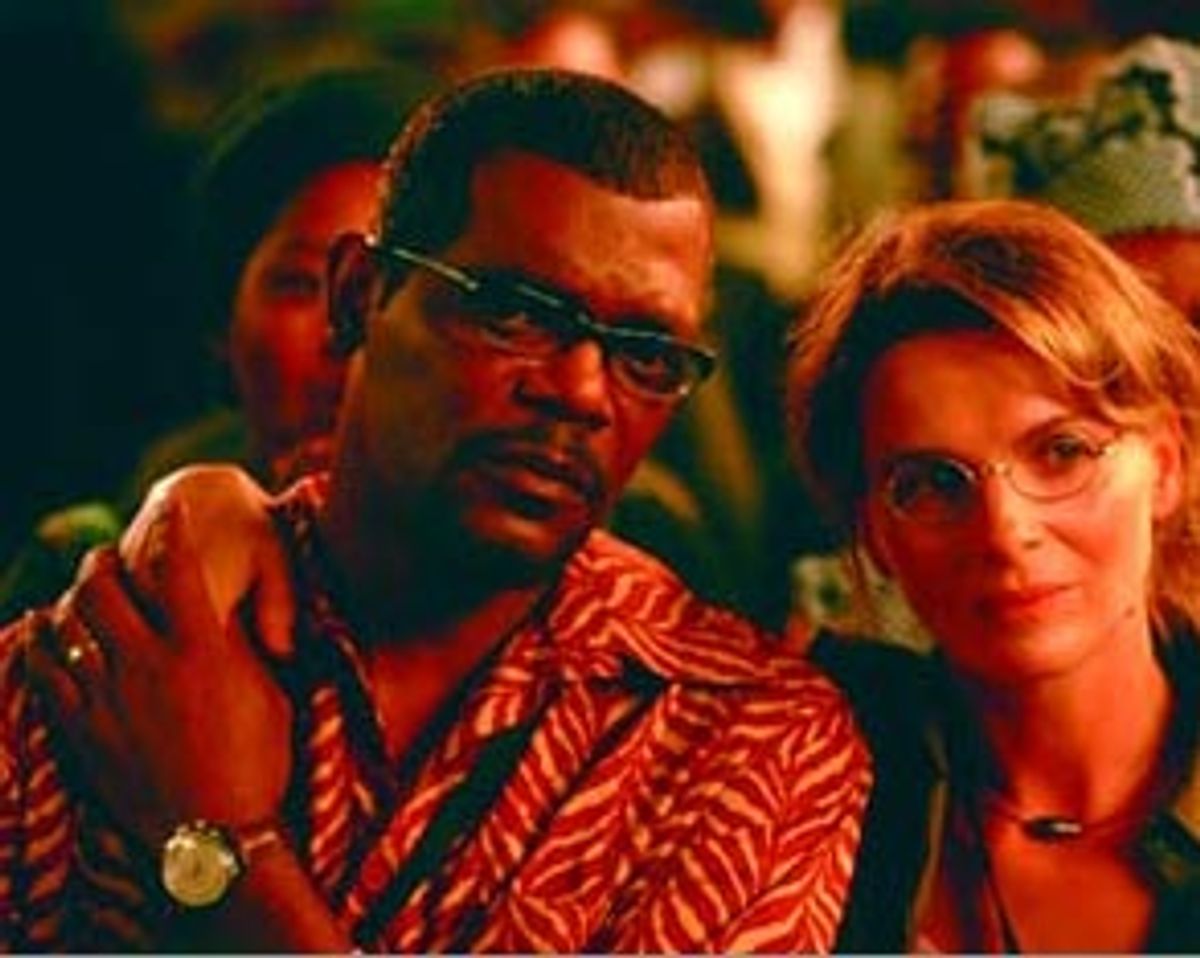 In a movie landscape littered with noisy action pictures and lazily plotted thrillers, a picture about something as abstract and complex as forgiveness should be something of a relief. John Boorman's "In My Country" is a fictional story set during South Africa's Truth and Reconciliation Commission hearings, loosely based on South African poet Antje Krog's nonfiction account of those hearings, "Country of My Skull."

There should have been plenty to work with there, particularly when you consider the subtitle of Krog's book, "Guilt, Sorrow, and the Limits of Forgiveness in the New South Africa." The suggestion is that for South Africa, the end of apartheid was really just the beginning of a riven nation's hard work: Today, two years after the Truth and Reconciliation Commission completed its investigations, the bodies of numerous anti-apartheid fighters are only just now being located and exhumed. Reconciliation isn't a process with a beginning and an ending date, particularly when so many bones of a country's past remain buried, literally and figuratively.

Especially considering that South African history during the past 10 years is such a tangle of political, racial and humanitarian issues, "In My Country" is a disappointingly blunt, monochrome work. And despite the horrific nature of some of its subject matter, the picture is so gentle-spirited that it nearly negates itself. Boorman seems to be aiming for a restrained approach to horror: There's very little overt violence in "In My Country." We don't see atrocities being committed, but we hear about them, from the victims, the families of the victims and sometimes from the perpetrators, during the hearings. An elderly gentleman describes with shivering dignity how electrodes were attached to his genitals; a mother explains, in harrowing detail, how her son, who suffered from a heart condition, was stabbed 37 times by a white law-enforcement officer. These atrocities seem even more intense because we don't see them. They also help us understand that "forgiveness" isn't a squishy, touchy-feely emotion, but a task that demands fierce determination, which is why these testimonies are the most effective parts of the picture.

But overall, the picture hums with a falsely optimistic Kumbaya vibe, such that its mildness is almost an affront. Screenwriter Ann Peacock (herself a South African) has adapted Krog's book into a creaky fictionalized drama about an Afrikaans poet and journalist, Anna (Juliette Binoche), who finds herself involved in a complicated relationship with Langston (Samuel L. Jackson), an African-American journalist covering the hearings. The picture skirts around, and occasionally touches on, the emotional conflicts Langston has to reconcile for himself, as an African-American whose skin color may put him at a disadvantage at home but whose personal suffering doesn't come close to what these grieving families have gone through.

Yet "In My Country" skitters away from harsh, complex (and genuinely interesting) issues in favor of sanctimonious declarations from Anna about "needing to find the truth." She often speaks of how much she loves her country, and how she wants it to heal. She weeps; she suffers an emotional breakdown. Anna is supposed to be our key into the suffering of this country (and the guilt felt, with good reason, by whites), and Binoche, a fine and sensitive actress, tries to shape her performance so that our vision is directed outward instead of strictly focused on her. But Anna isn't really even a character here -- she's a symbol, and one that's been carved in a hurry. As a character, Langston may have it harder -- we have to stand by and watch, with some degree of embarrassment, as he bonds with "his" people -- and Jackson, although he's inarguably likable here, doesn't feel remotely believable.

"In My Country" is full of signpost dialogue that the actors seem uncomfortable delivering. As women give testimony during the hearings, pouring out their stories of suffering and heartbreak, we hear Anna in voice-over: "The truth has become a woman. Everyone recognizes her yet nobody knows her." When Langston visits the large, opulent farm where Anna's family still lives, a guard dog nearly attacks him. Anna's mother (played by Aletta Bezuidenhout) calls off the dog and apologizes with meticulous politeness, adding, "You can't be too careful these days" -- just in case we miss the point that the dog has been trained to respond to black skin.

The marvelous Brendan Gleeson appears as a bigwig in the South African police who ran a torture chamber for black South African "terrorists," but his scenes with Jackson are inserted into the movie in a way that makes its timeline confusing. "In My Country" was clearly made with the best of intentions, but Boorman, whose movies are usually beautifully structured, hasn't taken the usual amount of care here.

That's a shame, because Boorman is generally a marvelously perceptive and skillful director, one of those rare filmmakers who combines a finely attuned social conscience with a gift for storytelling. (His "Beyond Rangoon," a holiday-turned-nightmare story in which a white woman becomes increasingly aware of human-rights violations in Myanmar, was one of the most underrated and unjustly maligned pictures of the '90s. The movie's detractors derided it for showing an Eastern country's problems from the point of view of a white Westerner, but the blissful cluelessness of white Westerners was precisely Boorman's target.)

"In My Country" has a solid moral core; the problem is that the story around it is indistinct and ineffectual. The picture doesn't have the rousing immediacy of, say, Terry George's "Hotel Rwanda." And although it purports to address complex emotional and political issues, it seems determined to spell everything out in terms that are as black-and-white as possible. The Truth and Reconciliation Commission was set up not as a war-crimes tribunal but as a way for the country to move forward by applying the African principle of Ubuntu -- in other words, finding harmony by absolving transgressions rather than seeking retribution. Offenders who confessed to their crimes and acknowledged that they were simply following orders were granted amnesty.

That's a remarkably generous-spirited concept, one that's Christian in the broadest (and most secular) sense of the word. Occasionally, the movie, through the voices of its characters, wonders if some of these criminals don't actually deserve to be punished, and the picture does make a few concessions to the idea that a country's -- and a people's -- suffering can't be assuaged simply by the act of a perpetrator's saying, "I'm sorry." But "In My Country" also offers us the vision of a teary white criminal explaining on the stand how he killed a young boy's family right in front of the kid's eyes. The criminal approaches the victim, claiming through his tears that he wants to do something to make the child's life better. The child looks at the man, hesitantly and warily -- and then gives him a hug.

Is this what the healing of a nation comes down to, an "Ebony and Ivory" embrace between a white man and a black child? I don't think Boorman believes in his heart that a hug could make South Africa's pain disappear. He's trying to fool himself here -- and it doesn't work.