Blacks have much to gain by removing their racial blinders and considering a vote for the progressive Latino candidate in L.A.'s mayoral election. 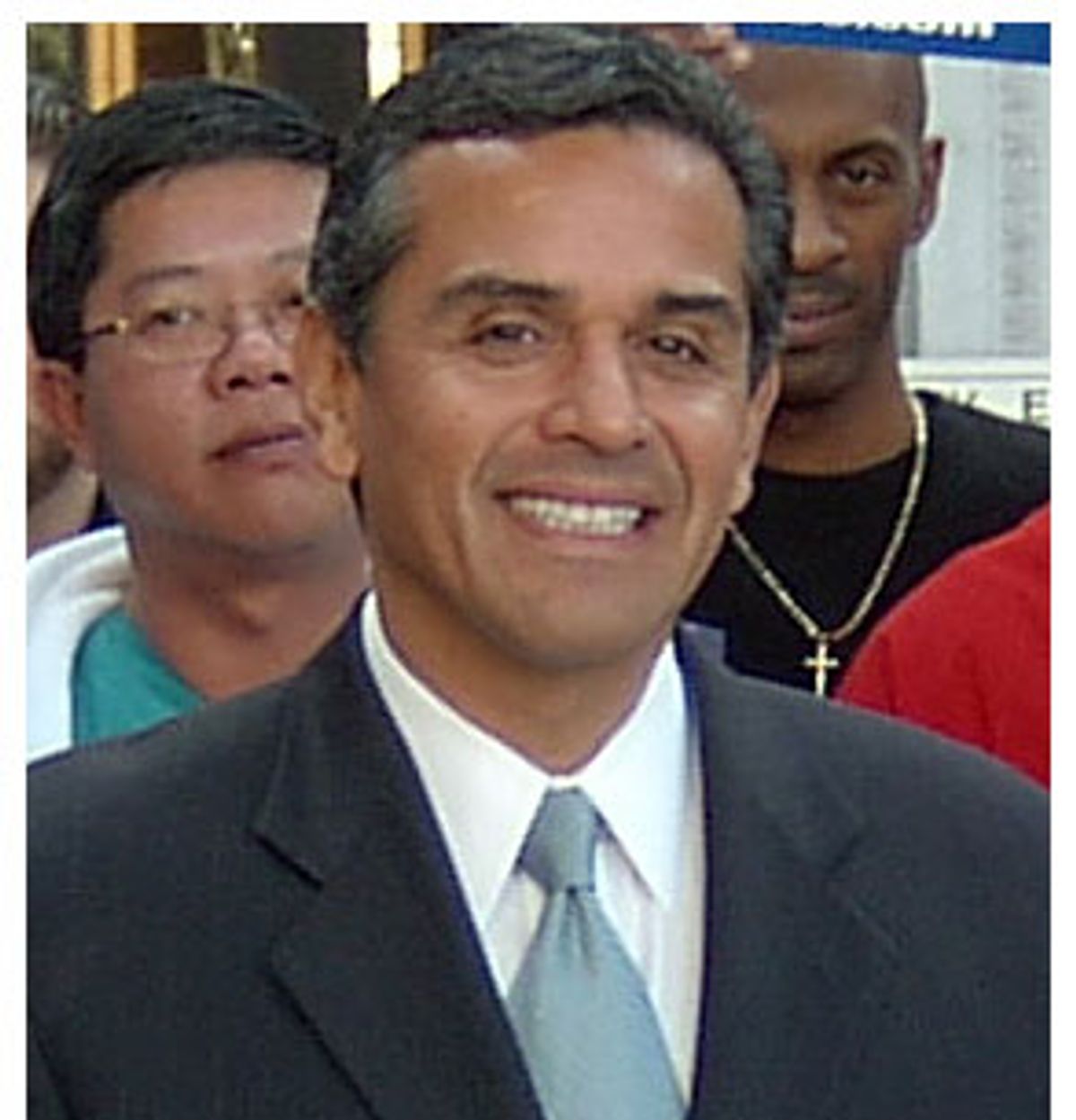 Black voters will face a tough dilemma in the Los Angeles mayoral runoff on May 17. In the contest between James Hahn, the white incumbent mayor, and Antonio Villaraigosa, do blacks back Hahn, who betrayed them by dumping a popular, reform-minded African-American police chief? Or do they back Villaraigosa, a Latino city councilman and former civil rights and labor activist who has worked hard to convince blacks that their concerns, not just those of Latinos, will be heard at City Hall?

The choice that African-Americans make will tell much about the fate of multiethnic political alliances in Los Angeles and nationally.

At first glance, that choice seems easy. Blacks screamed for Hahn's head when he ousted black Los Angeles Police Department chief Bernard Parks three years ago. They felt Hahn had betrayed the black community by reneging on a pledge to back Parks as part of their price for delivering the black vote to Hahn in the 2001 mayoral contest. Blacks make up about 15 percent of the city's voters.

Although the multiethnic coalition Villaraigosa is desperately trying to fashion is a healthy model for racial cooperation, blacks didn't buy it when he faced off against Hahn in 2001. He got less than one-fifth of their vote.

Blacks saw Hahn as a safe and traditional Democrat who would best protect their interests. They viewed Villaraigosa as an inexperienced political maverick who could not or would not deliver the goods for blacks. Lurking underneath everything was blacks' fear of Latino domination of city politics.

Black leaders have gotten themselves into a disastrous political "either-or" sand trap. They haven't had the courage or vision to urge black voters to look seriously at independent, reform-minded Democrats or Republicans who refuse to engage in backroom deal making that produces patronage and assorted party favors for the leaders but no tangible gains for the majority of blacks. This cynical manipulation of the political process further deepens the frustration and alienation of many blacks.

The current dreary plight of blacks in California politics is a sorry testament to this. There are fewer blacks in the state Legislature today than five years ago. The political free-fall is so bad that there are almost as many Latino Republicans as blacks in the California Assembly. That's only part of the reason why the majority of black voters, despite their professed political loathing of a white politician such as Hahn, still may not back a progressive Latino candidate.

Black and Latino leaders have long papered over tensions and conflicts between the two groups by putting on a happy public face marching in lockstep to do battle against race discrimination and poverty. There are many well-documented instances in which black and Latino leaders have joined forces to counter conservative Republican policies that harm black and Latino interests. That cooperation, though, has mostly been among blacks and Latinos at the legislative level -- in Congress and in state legislatures -- not on the ground, in communities where blacks and Latinos uneasily rub shoulders.

The surge in Latino numbers and voting power in Los Angeles has drastically changed this idyllic notion of black and Latino cooperation. Latinos now make up nearly half the city's population of 3.7 million, and Latino political leaders and activists relentlessly demand that political and social issues no longer be framed solely in black and white. But that scares many blacks, who complain loudly that Latinos are taking jobs, hogging public services, and lowering educational standards in the city's failing public schools.

These complaints are irrational and even borderline racist. As long as many blacks and a significant percentage of black voters believe that Latinos are political villains, they will not embrace multiethnic pitches, no matter how much it's in their interest to do so. Both groups should be fighting for greater funding for and the expansion of healthcare, public services and education programs for poor and working-class blacks and Latinos.

The nation's second-biggest city is well on its way to being a majority Latino city. Even if Hahn wins reelection, he will almost certainly be the last white mayor of Los Angeles for years to come. But with the numbers and political power of blacks dwindling, the real political test in this mayoral election will be whether enough blacks can tear off their racial blinders and vote for a progressive Latino candidate. If they instead back a white politician whom they've spent the past three years condemning, it will be their loss, and a loss to the cause of alliance building among the dispossessed.