A palindrome inspired by Todd Solondz's latest: God! A no, sir! Prefer prison. A dog. 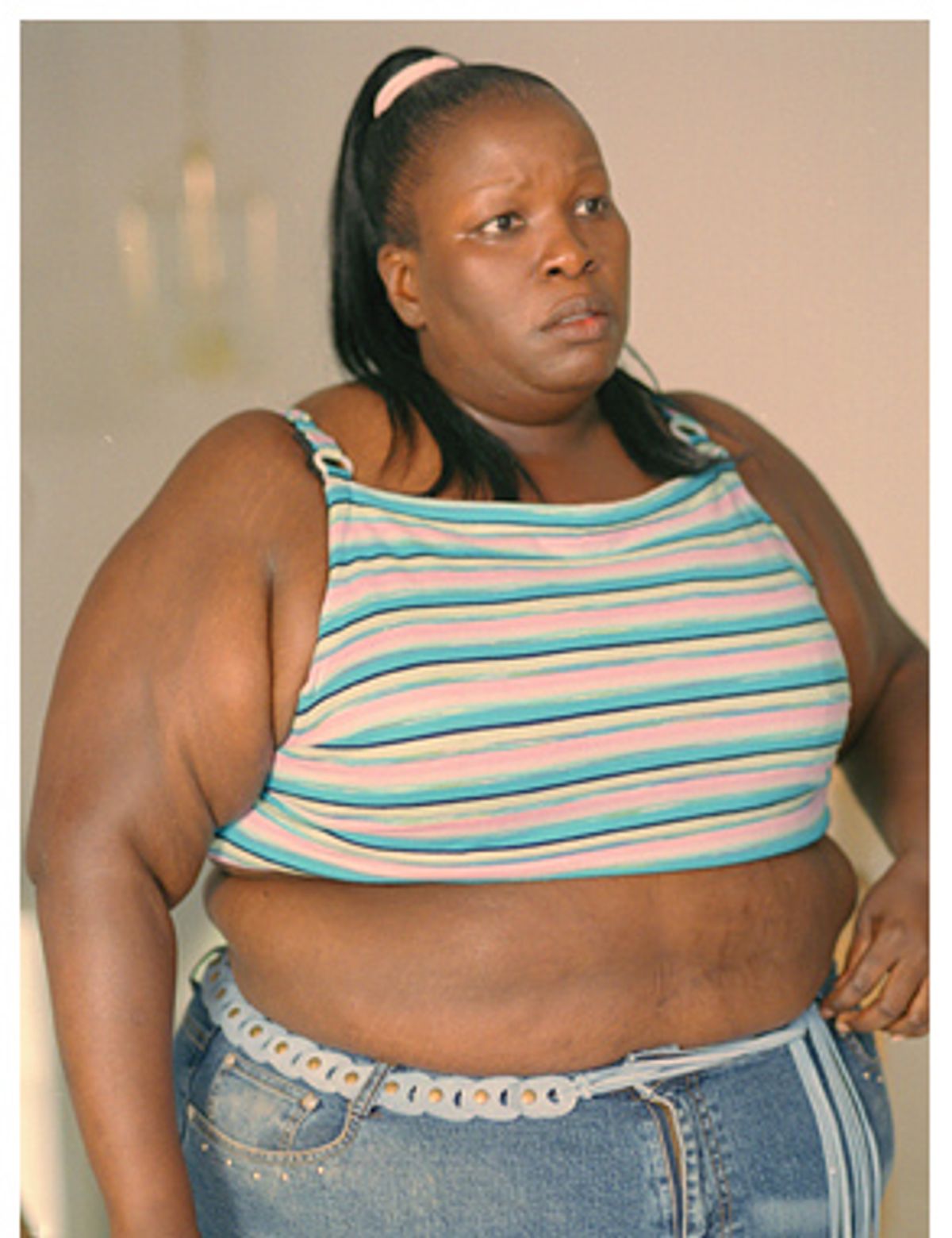 I've seen some whacked-out movies in my time -- the collected works, pretty much, of Dario Argento and Alejandro Jodorowsky, along with William Peter Blatty's "The Ninth Configuration," maybe the champion of them all -- but I've never seen anything crazier than "Palindromes." You can read that as praise if you're that sort of person, but I don't mean it that way. I watched Todd Solondz's new film with a kind of horrified fascination: It's like seeing a fatal car accident happen in slow motion, or noticing that your shy neighbor is masturbating in the picture window with a jack-o'-lantern on his head.

Recounting the events in this movie, as bizarre as they are, is somewhat unfair, since a plot summary presupposes that episodes unfold in something like a linear fashion. Fundamentally, that isn't the way this movie works. Solondz has described "Palindromes" as a palindrome, a text that reads the same in both directions ("A man, a plan, a canal: Panama," or my personal favorite, "Tulsa nightlife: Filth, gin, a slut"), and also as a fairy tale. Both concepts are relevant, I guess, but this movie might be more like a story told by a child than to one.

I could explain, for instance, that "Palindromes" is about a 13-year-old girl from New Jersey who longs to have a baby. She gets pregnant, has an abortion that goes wrong, runs away from home and finally returns, her innocence more or less intact. I could add that this Jewish suburban teen, Aviva Victor, is played by eight different actors over the course of the film -- five girls of various ages, one 12-year-old boy and two adult women, one of whom is Jennifer Jason Leigh, who is 43 years old, and the other of whom is Sharon Wilkins, who is both African-American and (there's no polite way to say this) really, really huge.

I could further elaborate that Aviva's adventures include sex with a morose trucker named Joe (played by New York playwright Stephen Adly Guirgis) who later turns out to be an antiabortion activist named Earl, but whose real name may be Bob. After that she takes a brief, quasi-mystical river voyage in a little plastic boat, ending up in the realm of Mama Sunshine (Debra Monk), an overstuffed, cookie-baking lady who presides over a big household of disabled kids -- who love to rock out in praise of their savior, Jesus Christ. That's right, we're talking about a blind albino child, a dwarf with no arms, a kid with Down syndrome, a leukemia patient and a few others, wearing those 'N Sync head mikes, showing off their bastardized jazz-dance moves and belting out "Nobody Jesus But You." (Dying to hear it? As the Lord said, ask, and ye shall receive.)

At least that's actually funny, although I think I was too slack-jawed and ashen-faced by this point in the movie to laugh aloud. It might be the single most disturbing scene I've seen in a movie in several years. The effect is obviously intentional; Solondz wants to make audiences uncomfortable, to yank us out of the moviegoing illusion (as if he ever created one in the first place) and confront the artificiality of the whole enterprise. I started wondering how you would explain a scene like this to the child actors. Did Solondz have to pretend to like the song? Or did he say, "OK, guys, I really want you to rehearse this and nail it! I'm looking for grotesque spectacle here!"

Naturally enough, Mama Sunshine's house also shelters a coven of violent pro-life wackos, including the aforementioned Joe/Earl/Bob, and Aviva ends up as an eager participant in their low-rent plot to murder an abortion doctor in his home. I'll stop there, except to say the movie's resolution (such as it is) involves the fulfillment of Solondz's palindromic scheme, and does indeed possess a sort of insane elegance. But everything I've just written might make it sound like "Palindromes" is some kind of zany, in-your-face romp, and also might make it seem as if the story actually matters or has anything to say.

Neither thing is true.

"Palindromes" is a quietly crazy picture, its mood largely one of dread and menace (which is certainly true to the fairy-tale tradition). Its episodes start, ramble on and stop with little sense of internal rhythm (and, of course, with Aviva transformed into someone entirely new in each chapter). The camera moves as little as possible, and soundtrack music is limited to interstitial material. In the early scenes in Aviva's suburban home, we're somewhere at least adjacent to realism, with Ellen Barkin as Aviva's controlling, pseudo-feminist mom and Richard Masur as her hapless, sitcom-style dad.

Solondz's dialogue always feels self-mocking and overly earnest, as if he's trying to provoke pathos and make fun of you for having an emotional reaction at the same time. And there's no explaining the weird feel of the scenes when Aviva, played by the enormous Wilkins in a frilly pink dress, lands in Mama Sunshine's prefabricated home. We're in some stretched and flattened imaginary heartland of monstrous Christians, where people speak in enthusiastic complete sentences and kids laugh creepily in unison. It's a way less hip (or naturalistic) universe than "The Brady Bunch"; it might be less hip than "Father Knows Best."

I would like "Palindromes" a lot better if I thought Solondz were actually satirizing something -- the uptight, purportedly liberal atmosphere of Aviva's suburban town, or the apocalyptic certainty of Mama Sunshine's world, or both. But the point of "Palindromes" is its sense of narrative dislocation and emptiness, its depiction of a world in which nothing changes except our innocent Alice-in-Wonderland heroine, who changes sex, race and age, is raped and traumatized and made into a killer, but who will also never grow up. Solondz is exactly the kind of filmmaker coffeehouse intellectuals like me are supposed to admire. After the modest success of "Welcome to the Dollhouse" a decade ago, a clear career path lay open to him as a rueful, tragicomic chronicler of real life in downscale suburbia. With his subsequent films "Happiness" and "Storytelling," and now "Palindromes," Solondz has walked away from money and fame and any possibility of reaching a mass audience to follow his own tormented muse (who seems, unhappily for him and for us, to be an abused child). There are no collaborations with George Clooney or "Batman" scripts in Solondz's future, unless we want to see the Caped Crusader as a codeine-guzzling middle-aged perv, fiddling with Robin's shorts. All this is commendable; he wants to be (and in fact is) a filmmaker closer to Godard and Buñuel than to anything on the contemporary American screen.

But that's not an excuse for cheap nihilism and empty cruelty. We learn early in this film that Dawn Wiener, the lead character from "Welcome to the Dollhouse," has died. (Aviva is her cousin.) Well, OK, that's what happens. But we also hear that Dawn was obese and suffered from some terrible dermatological condition; she committed suicide after being date-raped and getting pregnant. That piling-on of detail is not narrative irony or a quirk of fate or a little wicked humor or whatever else Solondz thinks it is; it's a disturbed kid, blowing up his sister's dolls with firecrackers.