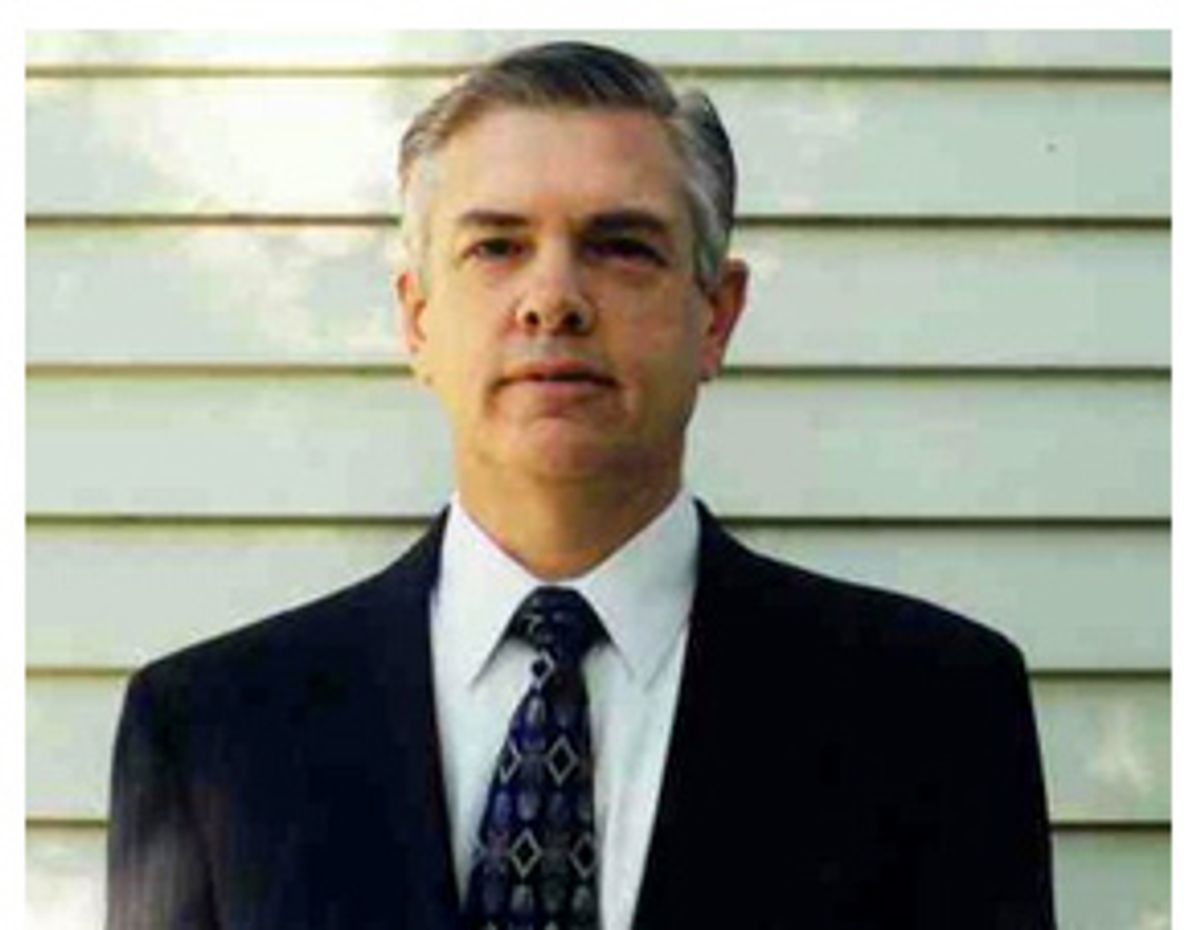 Last June, New York's highest court struck down a provision of the state's death penalty statute as unconstitutional. The provision required trial courts to instruct jurors in capital cases that if they failed to unanimously agree on a penalty of either life imprisonment or death, the court would set a sentence of life with the possibility of parole. In People vs. Stephen LaValle, the Court of Appeals concluded that jurors might sentence a defendant to die not because they thought he deserved it, but because they feared he might someday go free. It was up to the state Legislature to fix the law in order to reinstate the death penalty. On Tuesday, the Codes Committee of the General Assembly chose not to.

What happened in Albany was historic. At least for this year, New York has unburdened itself of the decision on capital punishment, and opponents of the death penalty hope it signals a nationwide trend. Thirty-eight states still have death penalty statutes on the books in one form or another. New York's is now in limbo. Kansas' statute was deemed unconstitutional and awaits a federal review; Connecticut, Nebraska and New Mexico have come close to abolition, and Illinois' moratorium on executions has lasted through two governors, one Republican and one Democrat.

Richard Dieter, executive director of the nonprofit Death Penalty Information Center, called what happened in Albany a "shift of powers." New York's Republican governor, George Pataki, came to office a decade ago on a heavy-handed crime and justice platform, centered on the promise of death penalty restoration. New York reinstated capital punishment in 1995. Now, well over 50 percent of New Yorkers say they are opposed to the death penalty, according to a recent New York Times poll. "A consensus has been made," Dieter concludes.

Salon talked to Dieter about the New York Legislature's move and its wider implications.

How will New York's failure to revive its death penalty law impact the nationwide debate on the death penalty?

It comes at a time in which death sentences and executions and public opinion are all down around the country, and yet no state has gotten rid of the death penalty in many, many years, so this might be the start of a new trend. It's been difficult for states to take the action of abolition because it's certainly a political risk. Kansas is in a similar situation: Their state Supreme Court recently overturned the death penalty; in New Jersey executions are on hold as they're reviewing their statute. In New York they were acting without any federal instruction, and it seems like the death penalty will continue to be handled on a state-by-state basis. There is momentum to at least reconsider the death penalty in all parts of the country.

Where do you see this momentum taking us?

A lot of places, really. Public opinion is down 50 percent -- that means jurors are half as likely to ask for death. Executions are consequently down 40 percent. And then you turn to legislatures; New York declined to even fix it. Other states are taking more of a reform approach; some are coming close to voting to abolish the death penalty. New Mexico and Connecticut came close, and Illinois continues its moratorium. Kansas is asking the U.S. Supreme Court to review what its state court did, and so its death penalty is pending; it could be that if the Supreme Court doesn't do anything, Kansas will fix it through legislation. There's a wide range of legislative changes across the country -- 14 states have had commissions to study the death penalty, states are allowing DNA testing on appeal, particularly for death row, and some states are approving defense council review.

What will happen to Robert Shulman and John Taylor, the two convicted murderers sitting on New York's death row?

I am almost certain that they will have their death sentences lifted. The problem was a problem in the law. The prosecution might try them again before the Supreme Court for sentencing, but the Assembly's not going to put them to death. And no one from this point can even receive the sentence of death, so that if they were tried again, the maximum punishment is life without parole.

Where does the U.S. Supreme Court stand on the death penalty? Can you talk about some of the more recent cases brought before the court?

The most recent case is Roper vs. Simmons, which removed juvenile offenders from the possibility of a death penalty. That was March of this year. In Texas, the Supreme Court has sent back cases for prosecutorial misconduct, allegations of racial biases, and turned over cases where lawyers didn't do a good enough investigation of the defendants' cases. In 2002, the mentally retarded were excluded, and juries were required to take more responsibility than judges.

This had to do with international pressure.

Precisely. In 1989, there was a global treaty signed and ratified (with the exception of the U.S. and Somalia) to end the execution of juveniles, and in 2002, the European Union submitted a brief calling for an end to the execution of the mentally retarded. But these changes can also be attributed to domestic pressures. The chief way the death penalty is evaluated is the Eighth Amendment, which the court has said is an evolving standard of decency. Fifteen years ago, it was OK to execute juveniles and the mentally retarded. When the public's views are expressed through legislation and juries' by votes, the Supreme Court announces a consensus has been made, and the law quickly acclimates.

It was state legislation that the Supreme Court looked to in both of those cases [Roper vs. Simmons and Atkins vs. Virginia]; it's the direction states were going. They found 31 states that forbid the practice [of executing juveniles] and that number had grown from 15 years ago, back in 1989 [when executing juveniles was deemed constitutional]. That was enough to prove our standards had evolved.

Supreme Court Justice Thurgood Marshall said that U.S. society would eventually come to a consensus that the death penalty should be struck down entirely. Can you foresee this happening?

If the Supreme Court were to strike down the death penalty, they would probably do it because the standards of decency have moved against it, but they're not going to do it on their own. It could be so through the will of the people; the court could kind of mop up the final act. They could by finding it unconstitutional. The death penalty will continue to be tested through state-by-state legislative actions, and through litigation of the typical issues that have always been a part of this debate -- innocence as the primary issue.

It is and will remain very difficult to construct a statute that will never make mistakes, and it's becoming more expensive to sentence someone to death. Courts are giving people another review because of possible innocence, to ensure the quality of the review, and because of changes in the Supreme Court. New York estimated that they spent $170 million [to maintain the death penalty system] and have nothing to show for it.

Yes, I think so. I think that reticence stems from these mistakes, these innocent people: 119 innocent people around the country have been freed from death row, a lot of them in recent years, so the problem is very present. They see DNA cases, and people walk out of death row -- it's really a very scary thing. In New York, many cases resulted in sentences of execution, but juries are reluctant to impose it, prosecutors are reluctant to ask for it, and courts are overturning death sentences in the appellate stage.

Even some conservatives, like Republican Sens. Rick Santorum and Sam Brownback, seem to be backing off their positions on capital punishment. Why? Is this part of the larger national debate on "life" issues?

I think this is no longer a conservative vs. liberal issue: Nobody wants innocent people executed, and this is clearly a risk anytime the death penalty is sought. The idea that innocent people were executed was at most a theory 10 years ago; now it's plain knowledge. For hundreds and hundreds of cases of people who are condemned to execution there isn't any DNA, but they still go through the same system; you have to wonder. Some of this is related to the Catholic Church's views, with other denominations weighing in as well, so for some conservative politicians, that's a factor. But in the State of the Union address, President Bush noted that capital cases must be handled more delicately, that maximum resources should be used. This is shocking if you know how he responded while governor of Texas.

Sometimes sounding ambivalent about a subject doesn't sound good, so you take what sounds like a rallying cry -- that you're for victims. But there was just no sympathetic side to the issue until all of these innocent people started to show up on television, in churches, talking about years spent on death row; and so now it's not so clear. The death penalty did not enter into the last presidential debate because those who supported it didn't want to make themselves vulnerable. People have begun to ask questions: What about the innocents? The sleeping lawyers? The DNA? People are skeptical that we can eliminate all these problems.

Many have voiced the idea that each human life is precious and we have to do everything we can to protect it. Five years ago, the thrust was to shorten the appeals; cut funds for the lawyers; don't let the federal courts see these cases; just get on with it. There's a sense now that if we don't have to risk innocent human lives, we shouldn't, and with the death penalty you never know. With a life sentence you at least have that chance to undo it if something changes -- and with the death penalty, you don't.