Eighteen-year-old Matthew Limon is serving 17 years for having consensual oral sex with another boy. His case reveals our society's bigotry -- and our inability to think straight about teenage sexuality. 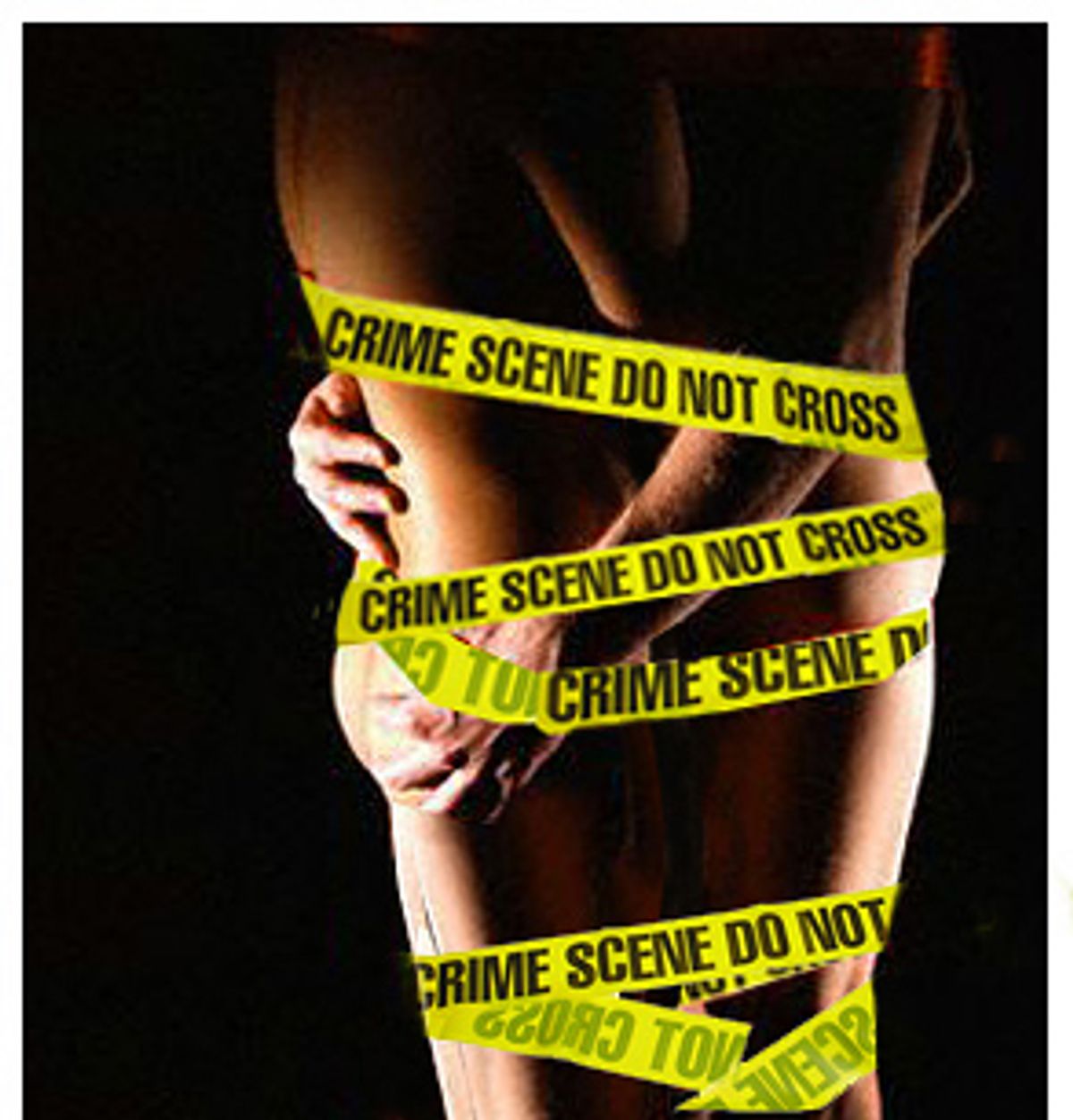 On Feb. 16, 2000, Matthew Limon gave his boyfriend a blow job and got himself a 17-year prison sentence. The boys were residents at the Lakemary Center, a school for developmentally delayed youngsters in Paola, Kan. It's generous, perhaps, to call them boyfriends. What they did was more akin to sexual experimentation, two boys in a dormitory at night, messing around. Matthew had just turned 18 the week before, and his partner was just shy of his 15th birthday. The younger boy, identified only as M.A.R., consented to the sex, but changed his mind. As soon as he asked Matthew to stop, Matthew did, and M.A.R. has always been steadfast in his statement that what happened was consensual. How the police were brought in, why they were called, isn't clear. Someone from the center complained and the trial was based on stipulated facts -- one paragraph stating that on that night in February, the boys engaged in consensual oral sex. That single paragraph was the basis for the 17-year sentence.

Kansas' statutory rape law prohibits "criminal sodomy" (including oral sex) with teenagers younger than 16. If the object of Matthew's affection had been female, however, Kansas would have afforded him the benefit of its romantically named "Romeo and Juliet" statute, designed precisely for kids like him, kids who have consensual sex with other kids. In Kansas, and in many other states, when two teenagers have heterosexual sex, even the dreaded sodomy, the penalties are relatively mild. If Matthew had had consensual sex with a girl, and the state had prosecuted him at all, the longest sentence they could have given him was 15 months. Instead, because Matthew had sex with another boy, and only because he had sex with another boy, he has spent the past five years in Ellsworth Correctional Facility in central Kansas.

One can only imagine what life is like for him in there. Young men like Matthew are prime targets in jail. Gay prisoners are more than twice as likely to be the victims of rape in prison, and young gay men are particularly vulnerable. Worse, the rate of HIV infection among the prison population is higher than in the general population, so prison rape carries with it the added risk of HIV transmission.

The case of Matthew Limon exemplifies the ugliness and brazenness of American homophobia, but while that may be the most important strand here, it's interwoven with adult discomfort with children's and teenagers' sexuality. The first strand is easy to untangle and resolve. The State of Kansas' justification for the horrifying disparity between its treatment of Matthew and that of his heterosexual counterparts comes down to this: Boys who get blow jobs from other boys are so impressionable that they might "turn gay." Apparently, all the social science research in the world pointing out that sexual orientation is innate, that evidence of it surfaces far before puberty, makes no impression on the wise lawmakers of Kansas. But even the United States Supreme Court, hardly a bastion of progressive values, seems to have rejected Kansas' dubious reasoning. The Limon case reached the Supreme Court, but on June 27, 2003, it was sent back to the state court, to be decided in accordance with Lawrence vs. Texas, the 2003 decision that overruled, on due process grounds, the criminalization of homosexual sodomy.

The other thread in the Limon case is more difficult to unknot. Statutory rape laws exist because we have made a decision that we do not want adults to have sex with children, whether or not the children consent. But we have tempered the harshness of those laws with Romeo and Juliet statutes, because we recognize that a high school senior with a girlfriend in the sophomore class might be immature, but he's not a sexual predator in the same league as a 40-year-old man who has sex with 12-year-olds.

My feelings about statutory rape, about consent, and about teenage sexuality have done various about-faces over the years. When I was the same age as Matthew Limon's boyfriend, a few months shy of 15, I was sent away to school. My parents shipped me off for many reasons, but I think mostly they imagined that a year on a kibbutz in Israel would keep me from turning into a New Jersey mall rat and inoculate me against the seductions of Jordache jeans, green eye shadow and a too-literal adherence to the teachings of Bruce Springsteen. And it worked; but on the kibbutz I was introduced to a whole different kind of danger: young men in uniform.

I had sex for the first time that year -- with a 22-year-old Israeli soldier. With the benefit of adult perspective, I would now classify him as a creepy and unpleasant sexual predator, with a predilection for teenage girls. I was neither the first nor the last young girl whom he'd made a conquest of. Years later, when I was studying Andrea Dworkin and Catherine MacKinnon, and caught up in an academic feminism that vilified virtually all sexual contact between men and women, and certainly that between a not-quite 15-year-old virgin and a man seven years her senior, I started referring to what happened that night as "rape." When my infatuation with the anti-pornography crusaders ebbed, I stopped using that language and simply described it, if at all, as the night I lost my virginity to an asshole. Now, as a mother of a 10-year-old girl, I think that mine was precisely the kind of situation statutory rape laws are designed for. It's in thinking about the rest of my year in Israel that I get really tangled up. I had other boyfriends, Romeos to my Juliet. They were 19 and 20 to my 15, and I even fancied myself in love with one of them. At the time, I would have insisted that those relationships were initiated as much by me as by those young men. I would have been horrified at seeing one of them prosecuted, even under a Romeo and Juliet statute -- a prosecution that would have resulted only in a minor sentence. I considered myself as much the seducer as the seduced, an equal partner in all aspects.

Now I'm a mother, and I see my daughter hesitating at the doorway of adolescence. At the beach a few months ago, I watched the 14- and 15-year-old girls with their brand-new bodies like too-fast cars that they have not yet acquired the skills to drive. They revved their engines, sashaying across the sand in an exaggerated approximation of J.Lo's groove. And the young men stared. But there was something different about the older boys' gaze: They knew how to drive those cars. When I was 15, what I wanted in a boyfriend was just that confidence and swagger. I wanted someone who knew what he was doing, because I was just faking it. What I want for my daughter is the exact opposite. I want her boyfriend to be one of the pimply younger boys scuttling behind the cabana, blushing and gawking, with no more idea of what to make of the teenage girls than they have themselves. I want this for my daughter not because I want to protect her virginity. I know someday she's going to have sex. Bumbling, incompetent sex, hopefully protected by lots of latex.

I want for her what I didn't have. With the perfect vision of hindsight I can see that it would have served me better to have fumbled through my first experiences with sex alongside someone just as unworldly. Perhaps then I could have kept the pace slower, not been tempted to try things before I was really ready for them. Even wanting to preserve my child's innocence in this way, however, has nothing to do with criminalizing her partner if she does what I did, and chooses someone more sophisticated. I wonder if the crime being perpetrated by the state of Kansas against Matthew Limon is not the inevitable result of the attempt to legislate this kind of morality. Don't get me wrong; if my daughter ever finds herself forced into sex by an older man, I will show up on the guy's doorstep with two huge cops, an arrest warrant and a pair of well-sharpened pruning shears. The case of Matthew Limon, however, seems to tell us everything that is, to borrow a phrase, the matter with Kansas. I know there's a difference between what that first Israeli soldier did to me, and the relationships I had with the other two young men, even though the law would have prosecuted all three, two as statutory rapists, one as a Romeo and Juliet offender. But as surely as I know that, the Kansas Legislature knows that one blow job can make you queer.

Even more damning is the question of who gets prosecuted for these crimes. Matthew Limon and his boyfriend are developmentally disabled. Marcus Dixon, an 18-year-old boy who was sentenced to 10 years in prison for having sex with a 15-year-old girl in Georgia, a state with no Romeo and Juliet law, is African-American; the girl is white. (Dixon was released on May 3, 2004, after serving 15 months when the Georgia Supreme Court intervened.) By and large, the government does not train its periscope on sexual activities that occur behind the closed doors of the middle classes, even the doors of teenagers. Like drug laws, laws legislating morality are enforced capriciously, and they victimize the same people -- the poor and the brown -- that police and prosecutors are already working hard to put behind bars.

The law that tempers statutory rape, the law whose protection has been unjustly denied to Matthew Limon, so misunderstands its namesake that it's hard not to believe that there's something willful about the confusion. Romeo and Juliet were not just teenage romantics, caught up in a treacly puppy love. Shakespeare's play is a tragedy, not an Elizabethan version of "Sixteen Candles." Romeo and Juliet's love was illegal, confrontational and ultimately catastrophic. If the label seems to carry a whiff of condescension, in fact it tacitly acknowledges what adults fear about sex, in particular when it comes to our children. What the play reminds us, however, is that the true danger lies in trying to assert control over sex and over love. It was their parents' bigotry, after all, that killed Romeo and Juliet.

These violent delights have violent ends
And in their triumph die, like fire and powder,
Which, as they kiss, consume.