"The Amazing Race" crowns new winners after a glorious season of Springer-like theatrics and Oprah-like enlightenments. 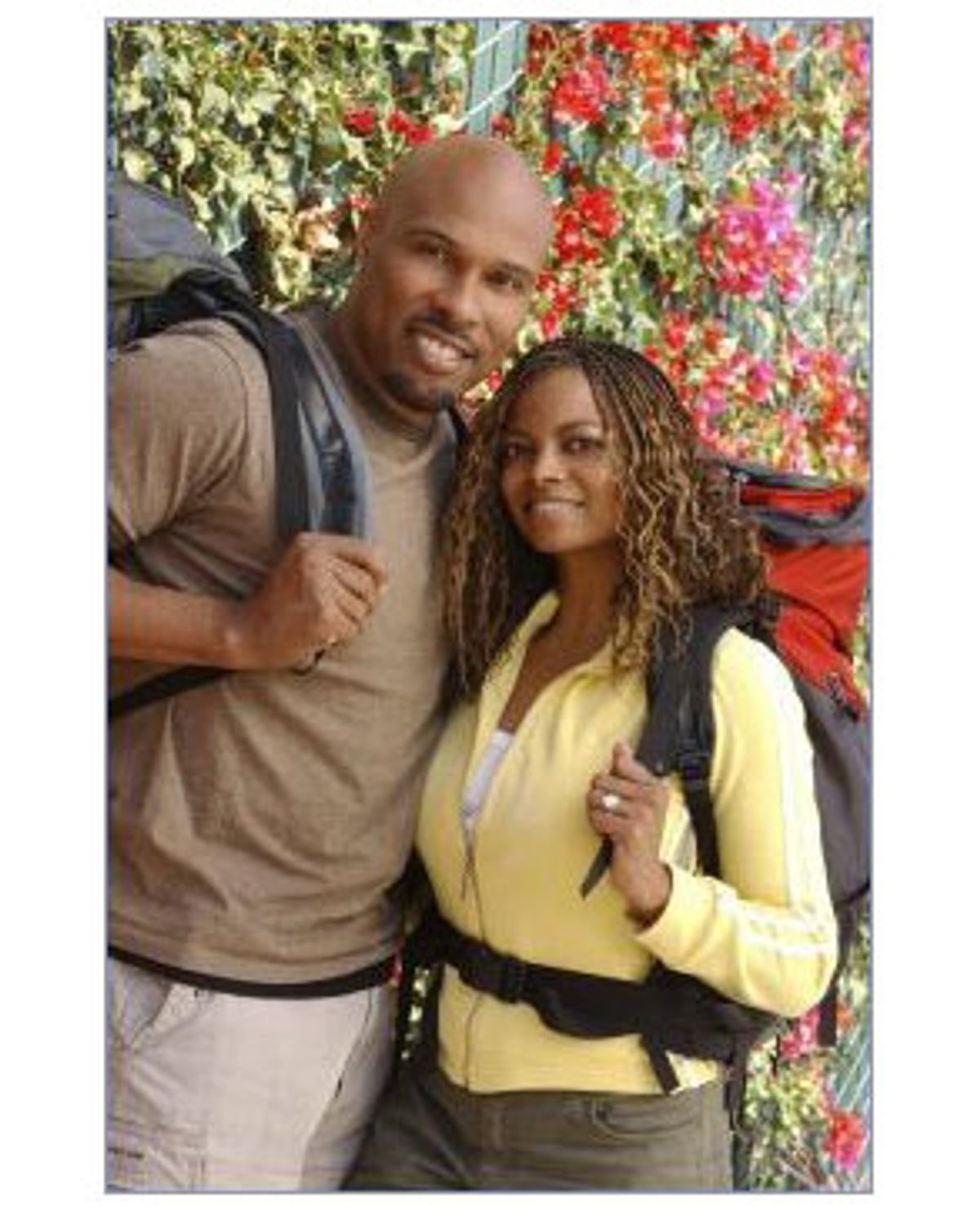 "The race is ending and we need to talk about what's going to happen next." Kelly, a beauty queen from South Carolina, is hours away from potentially winning $1 million, but she's more concerned about where her relationship with her boyfriend Ron is headed. A former helicopter pilot who was shot down and captured in Iraq, then rescued by the Marines, Ron says the last thing he wants right now is to have his life controlled by someone else. "I don't want to be married right now. I'm not ready to make that commitment," he tells a teary-eyed Kelly.

Now, you might think these two should consider having this discussion at another time  say, when they're not in an airport very close to the end of a million-dollar worldwide race, with cameras rolling, after days of traveling with little food and sleep and no time apart.

But if you think that, obviously you've never seen "The Amazing Race." CBS's hit show does more to enlighten audiences on the potential thrills and spills of relationships than "Dr. Phil" and "Oprah" combined. The true joy of this show lies not in the dreamy shots of far-away cities - of which there are plenty - or even in the race itself, but in the quips and barbs of the couples involved.

For all of the scolding and whining and sassing and unenviable bickering that occur between the romantically-involved couples, however, they're also the ones who typically win out over teams made up of friends, siblings, cousins and bowling moms. Which is great, since the romantically involved pairs are certainly the most entertaining. Take this rather enlightened exchange between Kelly and Ron about his lack of interest in settling down.

Ron: I only committed to the military.

Kelly: And you got out of that one.

Kelly: By being a POW.

Ah yes, becoming a prisoner of war: the slacker's answer to combat! It's easy enough to see why Ron can't commit. Yet the longer you spend with this couple, the more you uncover of Ron's nagging, provoking, relentlessly critical behavior.

Which only makes a couple like Uchenna and Joyce all the more satisfying to watch. While Uchenna goes out of his way to help the other teams, Joyce bravely rides spooked horses, shaves her head, and rarely complains about any decision Uchenna makes.

And, while Rob and Amber from "Survivor" might not have been completely beloved by the other teams, the audience or even the show's producers - last night's finale featured a montage of moments during which the couple looked out for themselves at the expense of others - their support of each other never faltered. Plus, they brought plenty of new life to a well-trod "Race" (this was the show's seventh season); paying people off, coaxing them to hide information from other teams, and generally side-stepping anyone who needed help but somehow doing it in a charming enough way that it was hard to fault them for it - if you weren't in the race, that is, or didn't hate them to begin with.

In fact, this season of "The Amazing Race" was pure fun, from Kelly calling Ron a "piece of trash redneck," to boyfriends Alex and Lynn repeatedly whining about how totally no-fair Rob and Amba were. But from the start, the most competitive teams were pretty clear, and they were the same three teams who made it to the end: Rob and Amba, Ron and Kelly, and Uchenna and Joyce. But who would take home the tall dollars?

A betting man would place his money on Rob and Amba, since they seemed to find ways to win or catch up countless times, always finding an angle that would give them an extra few minutes, from bribing bus drivers to recruiting locals to help them find landmarks or navigate. In contrast, Ron and Kelly were too young and stupid to make good decisions, and tended to emotionally self-destruct when the going got tough. And Uchenna and Joyce always seemed to either be dawdling or busting their asses to catch up.

Strangely enough, the finale was an extreme of this scenario. Rob and Amba's competitive nature actually started to take its toll in the form of Rob repeating every few minutes, "That could've cost us a million dollas!" Meanwhile, Ron and Kelly were bickering like a couple that's about to break up, not surprisingly, and their ability to keep up was at an all-time low. Most incredible of all, though, were Uchenna and Joyce who, after coming in last and being stripped of their possessions and money in the first part of the finale, moped around and acted depressed while asking strangers for money and, not surprisingly, lost several hours to the other teams.

But the pair remained positive, and somehow managed not only to catch up, but to make it to gates outside the finish line first. Absurdly enough, though, once they were there, nice-to-a-fault Uchenna ran around in circles looking for money from strangers so that he could pay the cab driver, despite the fact that the finish line was a few feet away. The reality of the situation couldn't have been quite as dramatic as it appeared, since the couple could have made a dash for it the second they spotted Rob and Amba's cab. But it was still nerve-wracking and awful to watch -- imagine, if Uchenna's kindness did him in, and Rob and Amba the Devious won it all? Then again, between their "Survivor" earnings, their paid appearances, and their upcoming televised nuptials, this couple is not exactly going to have to start eating beans out of the can .

When Uchenna and Joyce finally crossed the finish line the gathered crowd of eliminated teams cheered and cried for the winners, Houston residents who had lost their respective jobs at Enron and WorldCom after the accounting scandals sent those companies up in flames. And when Uchenna screamed and threw his hands up for several minutes, then cried and said they'd use the money for in vitro fertilization, and if that didn't work, they'd adopt? Well, that was worth a whole season of stressing over slow cabs, flat tires, bad directions and non-committal boyfriends.