What kind of Latino am I?

I'm a writer who grew up in the suburbs and went to an expensive private college. Why does my upbringing disappoint people? 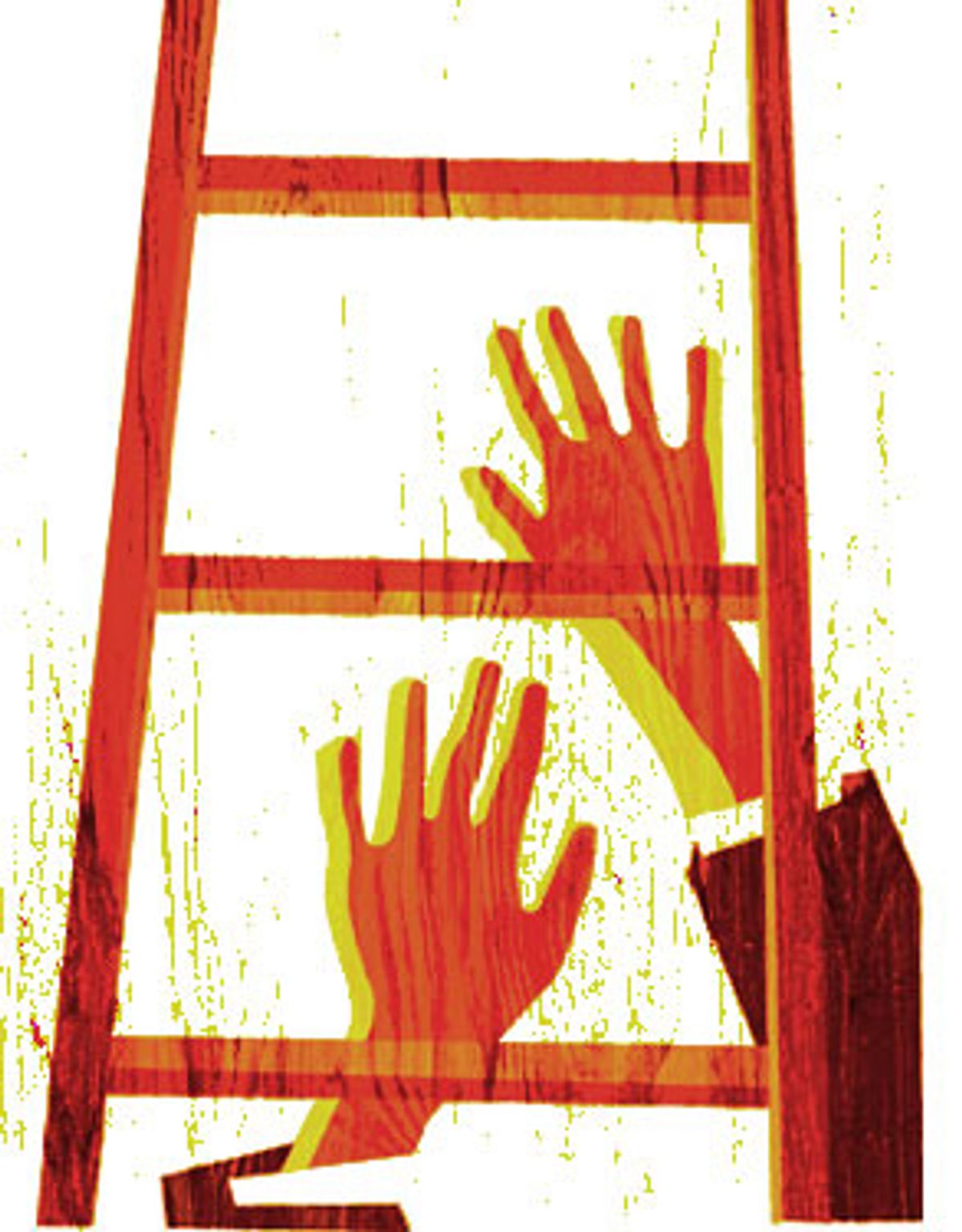 Last April I was invited to a literary fundraiser of sorts. It was a fancy affair, full of very wealthy people and well-dressed waiters carrying trays of wine and strange-looking appetizers. A couple of dozen writers had been invited, and we were plied with alcohol and dispersed into the party. I fell into a few pleasant conversations with some very kind people, all of them genuinely excited for me -- You're so young to have published a book! etc. -- and then was seated at dinner next to a woman in her 60s, who spent her meal asking me about the exotic origins of my last name. I'm Peruvian, I told her. But that last name, it reminds me of a bug that bit me when I was living in Mexico! Oh, I said. Where does it come from? she asked. I explained to her at one point that most words in Spanish that begin in "Al" are Arabic in origin, that the Moorish influence transformed the language, so that my last name may have been Arcsn or Arco. I'm not sure why I told her this. I'm neither Spanish nor Moorish, and certainly not a linguist, but I felt she needed something to keep her occupied for a bit.

She gave me this wide-eyed look: That is so topical, she said. Like al-Qaida.

Even in the dim light, I'm sure she sensed she had stunned me: not that I'm saying you're one of those people.

Oh, no, I stammered. Because I'm not.

She patted me on the shoulder. I understand, she said in a conspiratorial whisper; my daughter married a Mexican.

The evening wound on, and I was mostly successful in deflecting this woman's offensive comments. She mused at one point about my skin color vs. her daughter's, and other such things. I ignored her as best I could. Mercifully, my table was full of intelligent men and women who had spent their adult lives doing worthwhile things in the arts, international development, education. I almost forgot about this woman sitting next to me. But then, as dessert was being served, she turned and asked me in a voice of maternal concern if my parents had been illegal immigrants.

It's fine, she added, if they were. I have no problem with that.

Publishing a book doesn't do much for your soul, but it is certainly an interesting experience. You learn things about yourself and even more about the ways in which you are being interpreted. One question has come up again and again in the interviews I have done in support of this book: What do your parents do? Before my evening at the fundraiser, I never thought much of it. Sure, as a 28-year-old, it grated a bit on my sense of myself as an adult, as a man who has made his own way, but I answered the question without thinking too much about it. My parents, after all, are wonderful people who surely deserve more than a brief mention in any interview, and so I'm happy to talk about them. But after my evening of being verbally assaulted by this inquisitive woman, I began to view this question in an entirely different light.

In essence I am being asked what social class I belong to. What kind of Latino I am. Now, we spend a lot of energy in this country talking about race and not enough talking about class, but is this the way to start that much-needed discussion? I have come to feel I am disappointing certain people when I say I grew up in the suburbs. That I didn't want for much. That, though we were never ostentatious, we never had serious money problems. We always had food to eat, had safety and comfort and good schooling. These are facts: I grew up comfortably, in an American sense -- which means, of course, that in a macro-global sense, I am filthy fucking rich.

At times there is a persistent and even aggressive tone to the questioning, as if I'm hiding something, keeping secret some juicy bit of the expected narrative of the Latino underclass: Did you struggle? Were you alienated? I did a live radio program in a Midwestern college town, where the host began the interview by asking what it felt like to be an outsider in two cultures. Then she badgered me to talk about my parents, and held on to the subject with such tenacity that all I could do to defend myself was break into nervous laughter. Even after I thought the topic had been exhausted, it came up again: What about your mom? the interviewer asked.

My mom, you know, she's great.

No, I don't know, the interviewer said, scowling. That's why I asked.

I wonder if all writers are asked as consistently to explain their position on the socioeconomic ladder. I polled white writers I know, friends of mine, informally and unscientifically, and most were surprised I'd gotten that question so often. They hadn't. And while it's true that my work is not generally about the place where I grew up, given that fiction is my thing I never really thought that had much relevance. It's about making things up, isn't it? Don't all writers -- regardless of race, gender, age, sexual orientation, ethnic origin, native tongue, national identity, social class -- don't we all attempt to write about people who are not ourselves? And how boring would it be if we didn't? Why, then, this question, over and over?

It's not that writers of color in this country don't have their work judged on literary merit; it's that we are not judged exclusively on these grounds. The writer's biography is also examined, his or her stats plugged into an authenticity equation to determine, once and for all, how real the work is. There are many reasons why this is self-defeating, and many reasons why we should not play along. When we should be judged on the basis of our ability to imagine worlds and empathize with our characters, we are instead reduced to merely representing that which we must surely know firsthand. When we allow ourselves to be praised for "being authentic," when we traffic in biography, we are complicit in our own disenfranchisement: Suddenly we are dismissed as serious artists. It's no longer art; it's reportage and facsimile. It's real.

Of course the woman at the fundraiser wouldn't have minded if my parents had been illegal. She would have loved it. She was waiting all night to hear it. She would have thought it charming, just wonderful, all that suffering so folkloric and heart-rending and made worthwhile somehow because I had been able to write it all down. How fortunate! And what a terrific place America is! She could have gone home with my book that night and felt she was communing with something genuine, that I was whispering secrets in her ear about Peru -- or was it Mexico? -- or some other place she'd passed through, or thought about only occasionally, a people whose food she'd tried once and found to be tasty, if a bit spicy.

Of course, it didn't work out that way. She couldn't hide her disappointment when I told her my terrible secrets: that my parents were legal. Worse yet: They are professionals. That I grew up in a house with indoor plumbing and basic cable and a refrigerator. Oh my. It was just awful. We had a fenced-in backyard with a dog, a front yard with a stately oak tree, and a driveway with a basketball hoop. Goodness. And I read books in English from a very young age, and my parents read books too, and worst of all: I went to a very expensive college. Oh, dear, she cries -- she can hardly stand it: You poor, poor thing, and still you grew up to be a Latino writer?

Daniel Alarcsn is author of War by Candlelight: Stories. He can be reached at www.danielalarcon.com.