I saved my planet in San Francisco

While the Bush administration fiddles and the world burns, mayors from around the world gather in the city by the bay to confront "the biggest challenge in the history of our species." 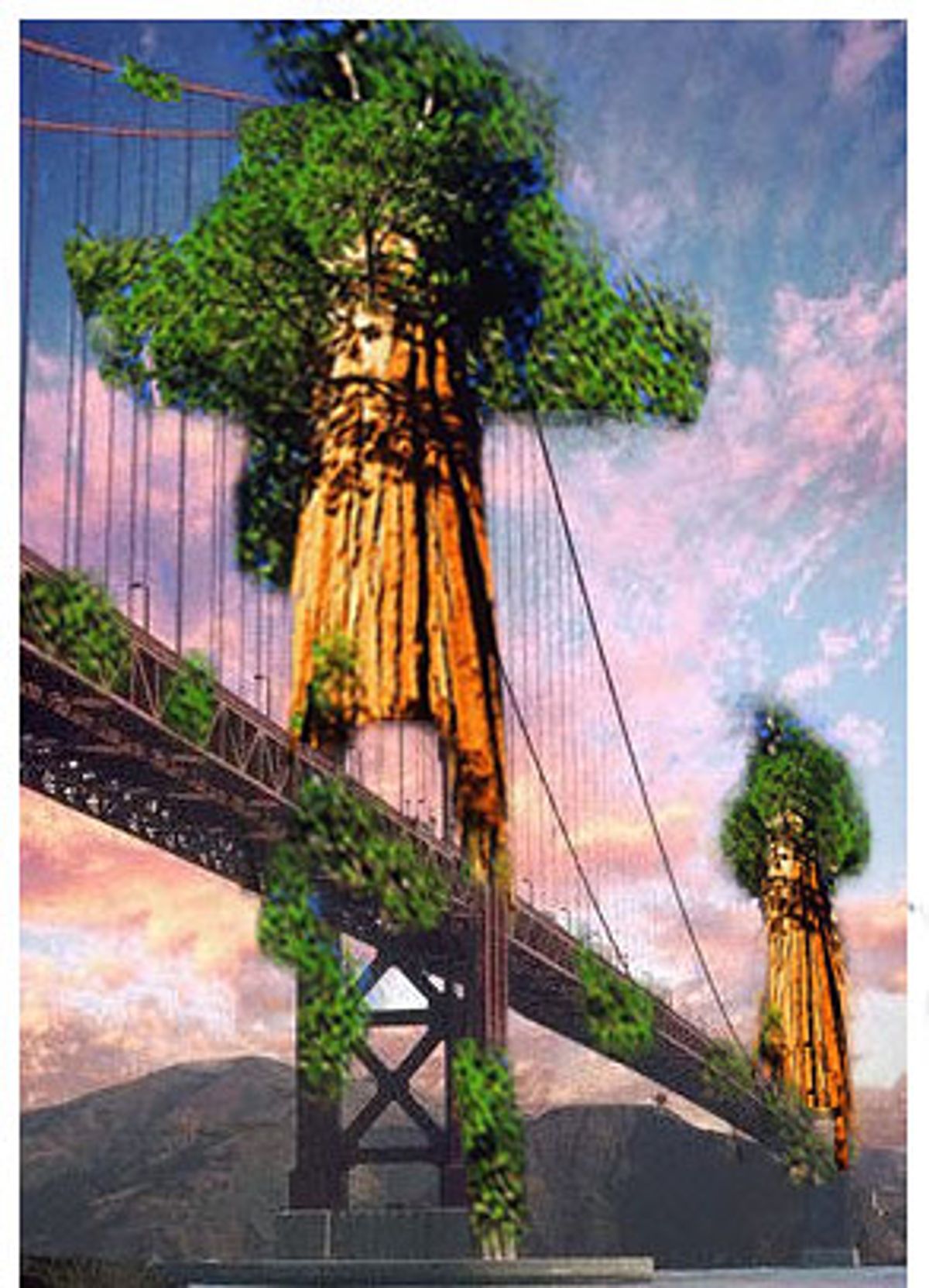 The future looks green in the San Francisco Bay Area -- at least for the next few days. After that, it's anybody's guess.

"I can't predict the future. None of us can. But I can predict that it won't look like the last 50 years," Carl Pope, executive director of the Sierra Club, told several hundred environmentalists gathered at the unofficial kickoff to U.N. World Environment Day 2005, an ecological extravaganza taking place this week that despite its name actually lasts for five days.

Make that six, if you count Tuesday's warm-up in Oakland. With official festivities set to begin on Wednesday in San Francisco, Oakland dusted off the green carpet early, throwing its own one-day conference, "Green City Visions: Rebuilding the City to Save the Environment," at the Scottish Rite Center on Lake Merritt. Mayor Jerry Brown, the former governor of California and onetime presidential hopeful, welcomed the crowd with this whimsical note of caution: "Beware of crackpot realism without falling prey to the errors of utopianism." Pope was late, so Richard Heinberg, author of "The Party's Over: Energy Resources and the Fate of Industrial Societies," engaged the crowd with his analysis of how close we are to the peak of global oil production -- if that moment hasn't actually already come and gone.

Here's something to look forward to: Countries might resort to reducing speed limits or allowing each person to drive only every other day, depending on the last digit of one's license plate number -- odd or even -- according to a new International Energy Agency study, "Saving Oil in a Hurry," that Heinberg cited. Better still, a recent U.S. Department of Energy study, "Peaking of World Oil Production," found that should production peak, it would require 10 to 20 years to ramp up alternative sources of energy to compensate. In other words, "effectively, we need to start 10 years ago," Heinberg explained.

Echoing other prophets of the post-peak oil future, Heinberg said: "Redesigning our cars to become more energy efficient is a nice thing to do. But it won't be enough." He added that the energy predicament will be the "biggest challenge in the history of our species."

In the keynote address that followed, Pope expressed confidence that we already have the technology to take on environmental and energy challenges like global warming and oil depletion. "The challenge of the future is not that the world has too little oil. The challenge of the future is that the world has too much coal," he said. But he seemed less sure that we have the will to implement the technologies already at hand. "Technology is not the problem. Technology is the solution," he said. "The problem is a moral problem."

The leader of the Sierra Club cited example after example of cases in which the technology exists to take on an environmental ill but humanity has thus far failed to do so. One is mercury pollution, which Pope called the biggest environmental health problem since lead, impacting one in six American women. "The good news is that we have lots of solutions," he said. "The bad news is we're not using them."

Mayors visiting San Francisco this week from some 60 cities around the globe for World Environment Day will try to get some of those solutions off the shelf by hammering out a series of urban environmental accords. (Visitors to the conference's Web site can influence the content of those accords here.)

It might seem an odd time to stage a United Nations celebration under the theme of "Green Cities" in the Bay Area. After all, it was three local guys who made a big splash recently in declaring environmentalism dead. And environmental issues have been, to put it mildly, off the table at the federal level under the Bush administration. But the event's organizers argue that today's mayors have more responsibility than ever to work on renewable energy, resource conservation, recycling, and environmental health and justice, since the 21st century is the first time in history that most of the world's population lives in cities.

To whip up some green goodwill and help get the accords off the ground, San Francisco is staging some 200 community events, tours, seminars and demonstrations this week, featuring appearances by Al Gore, Gov. Arnold Schwarzenegger and Julia Butterfly Hill, as well as entertainment by Endangered Species puppeteers. Participants can take in San Bruno Mountain, the last fragment of the natural habitat that once dominated the landscape where San Francisco now stands, or go on a "Toxic Tour" of Richmond, Calif., where the Chevron/Texaco refinery lives. And a concurrent film festival promises "slow food" concessions in place of the proverbial candy bars.

Whether all this yukking it up in the name of environmental responsibility will succeed in lowering anyone's personal carbon debt, well, as Pope says, you can't predict the future. Stay tuned.