This love story about two Asian-American lesbians is a true romantic comedy. But don't worry, it's not "My Big Fat Chinese Wedding." 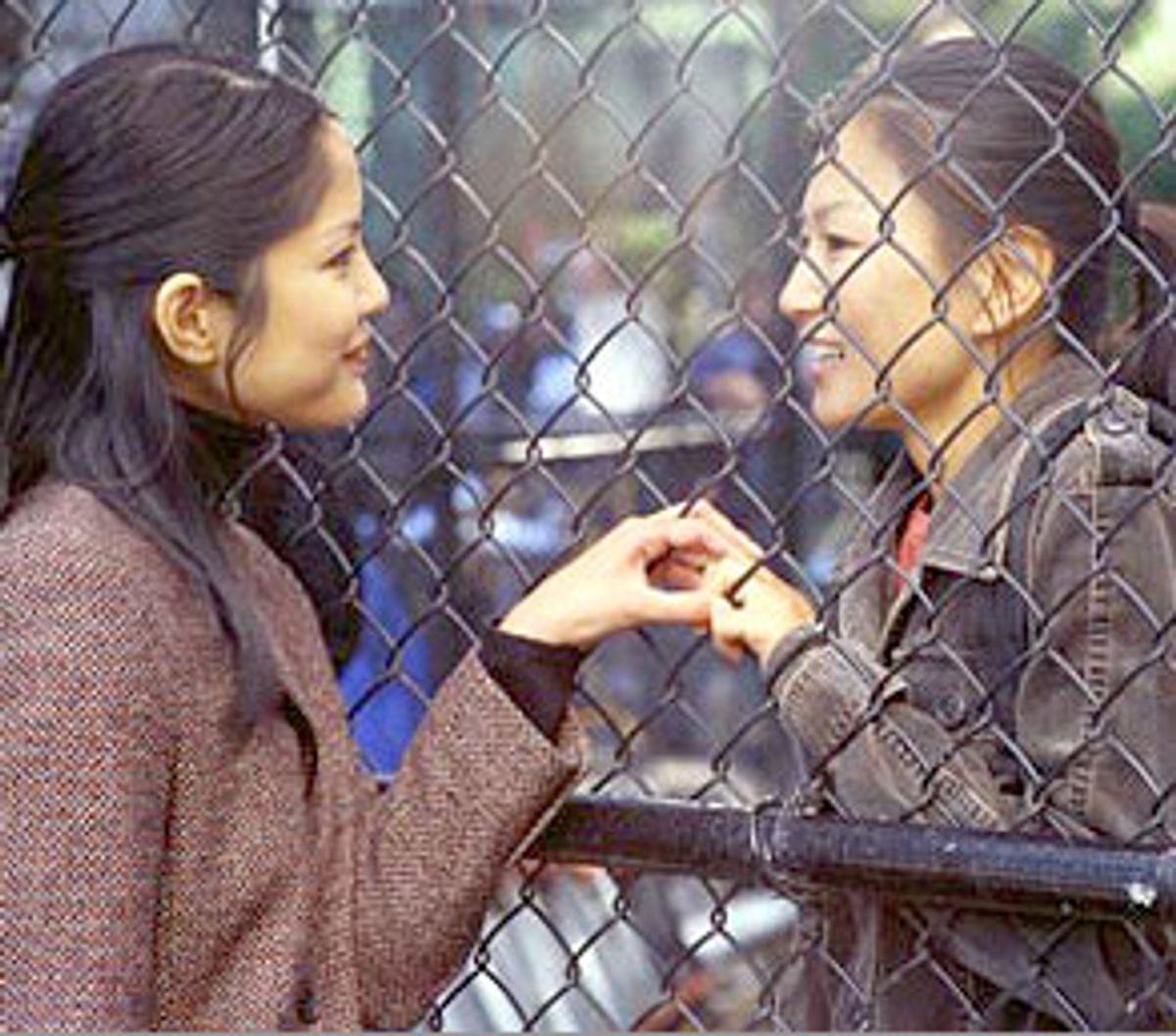 For the most part, modern moviegoers who occasionally (or always) feel homesick for the romantic comedies of the '30s and '40s are just plain out of luck. Even a smart, entertaining picture like "Mr. and Mrs. Smith" has to have the earmarks of an action movie as well as a romantic comedy -- it's as if filmmakers working for major studios have to make sure all the bases are covered, just in case. But the romantic-comedy template is like an armored vehicle: No matter how full of holes mainstream American movies have shot it, it trundles forward, brave and undaunted. And there are always new, young filmmakers who are eager to keep it going, instead of merely abusing its mechanics.

Writer-director Alice Wu's "Saving Face" doesn't fit into any oversimplified marketing genre: It isn't just a culture-clash comedy, or a love story about Asian-American lesbians. And it really isn't "My Big Fat Chinese Wedding." But it has the heart and spirit of a true romantic comedy, and a lightness of touch that you rarely see in a debut picture. Wil (Michelle Krusiec) is a young surgeon from a traditional Chinese family, living in New York. Nearly every weekend she makes the trek to Queens to attend a large gathering of friends and family -- she's doing her best to be a good Chinese daughter -- and every weekend, invariably, someone in that network of family and friends tries to fix her up with a nice (or even a not-so-nice) boy.

Wil's mother (Joan Chen) is clearly proud of her (Wil's father died when she was young), but she's tough on her, too, particularly since she still feels the desperate need to please her own parents (Jin Wang and Guang Lan Ko). Wil doesn't dare come out to her family, and when she meets and falls in love with a dazzling and emotionally well-grounded ballet dancer named Vivian (Lynn Chen), she isn't quite sure how to reconcile her newfound love with the expectations of her family.

Krusiec and Lynn Chen are lovely to watch together, and Wu knows how to shoot a sex scene that's both erotic and shaded by the emotions of the two characters. But the bumpy romance between Wil and Vivian isn't the central conflict of "Saving Face," or even the most interesting one. It turns out that Wil's mother -- we know her only by what Wil calls her, Ma -- is, at 48, pregnant. The father is nowhere in sight, and Ma refuses to reveal who he is. Ma's father, ashamed, tosses her out of the house, and she moves into Wil's small apartment, where she cooks, watches Chinese soap operas, and generally gets in Wil's way.

"Saving Face" is a romantic comedy about falling in love with your own family, although not in a facile, dish-soap-commercial "I just realized my mom is the best friend I've got!" kind of way. At first, it's easy to see why Wil and her mother, although they care for each other, don't really connect: Wil needs to keep her personal life -- not that she seems to have much of one, before she meets Vivian -- a secret, for obvious reasons. And Ma seems too cowed by her own father to assimilate much into American life: She comes off as sheltered and somewhat fragile, but only because she's been conditioned to be that way. The more we learn about her -- about how she feels about her late husband, and about how her own hopes and desires conflict with the demands of her parents -- the more we deeply we feel for her.

Chen gives a wonderful performance here: She's playing a practical-minded character whose emotions are always kept firmly in check (she saves up her outbursts of emotion for the soap operas she watches on videotape), but there's something in her eyes that betrays her capacity, and desire, for happiness. Wil may have romantic troubles, but it's Ma we really worry about: She inspires intense protectiveness in us, even though she can also be comically maddening. (As when she expresses her wariness of Wil's friend and neighbor Jay, played by the marvelously affable Ato Essandoh, and remarks, in Mandarin, that his skin is so dark because he puts too much soy sauce on his food.)

The identity of the father of Ma's child is a delightful mystery that's solved at the movie's end, and one that's right in step with the picture's acknowledgement that no matter how much we deserve joy and pleasure in our lives, they're still precious commodities that sometimes need to be sought out and worked for. Sometimes that pleasure can be found in the smallest line of dialogue: Wil doesn't care much about clothes, and she shows up at the weekly family gathering in a simple button-down shirt and pants. Her mother makes it clear she wishes Wil would dress up more, but her grandmother effortlessly and unexpectedly finds something nice to say about her outfit, announcing brightly, "I had shoes like that during the revolution!" It's a great line, one that creates a little bridge between the old and the young, between traditional ways of looking at things and modern ones. It's the kind of line that keeps us going to the movies, reminding us that they can be a home away from home.