A turning point at home

The more Bush promises a "light at the end of the tunnel," the more the American public grows disillusioned with the war in Iraq. 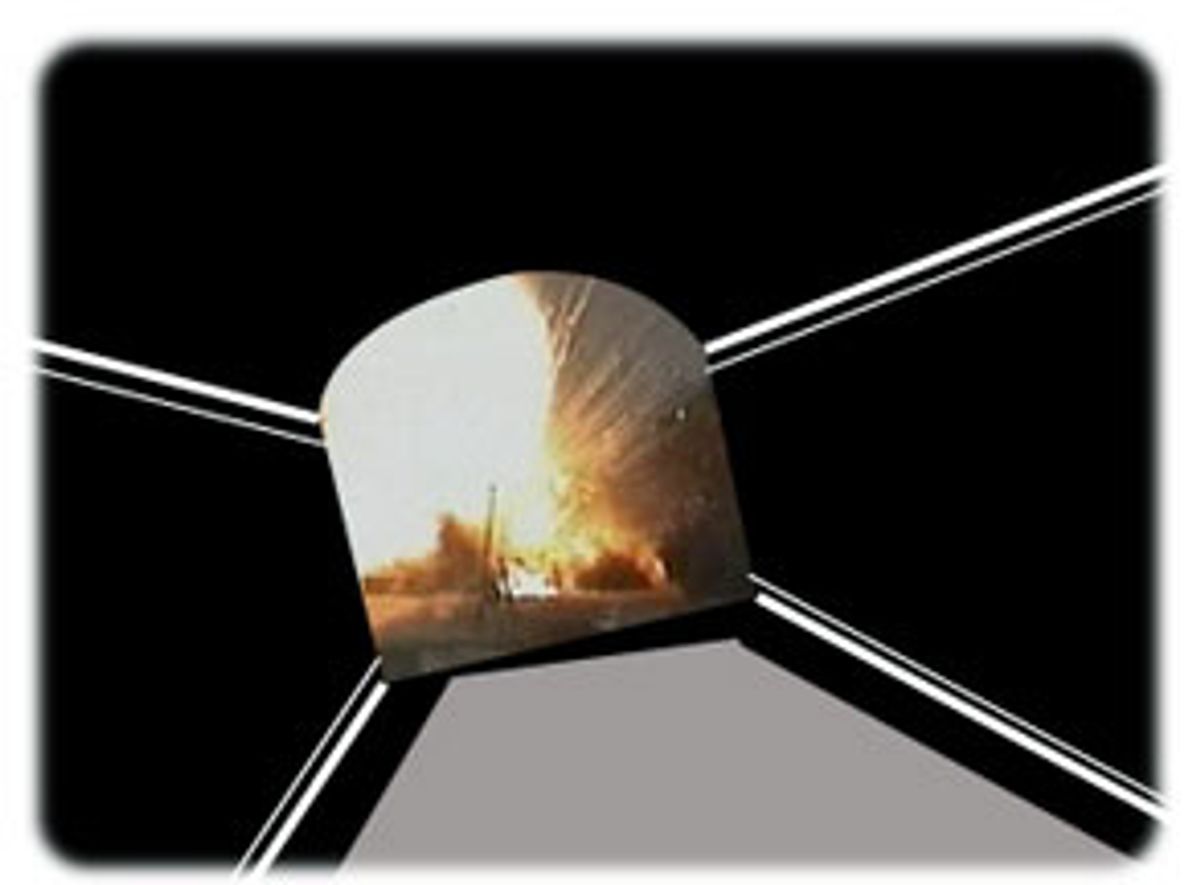 On Jan. 29, the day before the Iraqi election, President Bush announced it was the "turning point." On May 2, 2003, he stood on the deck of the USS Abraham Lincoln behind a banner reading "Mission Accomplished," and the next day he proclaimed that the "mission is completed." Three weeks ago, on June 2, he declared, "Our mission is clear there, as well, and that is to train the Iraqis so they can do the fighting." Last week, on June 18, Bush retreated to his ultimate justification: that Iraq had been invaded because Saddam Hussein was involved with the terrorists behind the Sept. 11 attacks, a notion believed by a majority of those who voted for him in 2004: "We went to war because we were attacked."

On March 16, 2003, Vice President Dick Cheney had prophesied, "We will, in fact, be greeted as liberators ... I think it will go relatively quickly." Last month, on May 5, Cheney assured us that the insurgency in Iraq is in "the last throes." Yet on June 18, Gen. William Webster, the U.S. commander in Baghdad, said: "Certainly saying anything about 'breaking the back' or 'about to reach the end of the line' or those kinds of things do not apply to the insurgency at this point."

Now the war has reached a turning point -- not in Iraq but in the United States. Every announcement of progress heightens the rising tide of public disillusionment with the war. Every reference to Sept. 11 strains the administration's credibility. Every revelation of how "the intelligence and facts were being fixed around the policy" for war (as in the Downing Street memo) shatters even Republicans' previously implacable faith.

On Tuesday, the Gallup Poll reported that Bush's approval rating is collapsing along with support for the war -- which only 39 percent of Americans support. "The decline in support for the war is found among Republicans and independents, with little change among Democrats." (Since March, Republican support has fallen 11 points, to 70 percent.)

"They're starting to talk numbers again," Pat Lang remarked to me about the return of body counts. Lang is the Defense Intelligence Agency's former chief for the Middle East, South Asia and counterterrorism. "They were determined not to do that. But they can't provide a measurement to tell themselves they're doing well. As you know, it means nothing." Lang, who served as an intelligence officer in Vietnam, observes, "For almost all of [that] war, Vietnam was a better situation than Iraq. During the conduct of the war the security situation was far better than this."

The Iraqi elections, Lang adds, are "irrelevant to the outcome of the war because the people who voted were the people who stood to gain." Iran is the long-term winner, he says. "Iran intends to pull the [Shiite] state of Iraq into its orbit. You can be sure that Iranian Revolutionary Guards are honeycombed throughout Iraq's intelligence to make sure things don't get out of hand." About the "euphoria" after the elections, an idea especially echoed by the press corps, Lang simply says, "Laughable, comical, pathetic."

"Even when what happened was really more positive than it seemed to be -- the Tet offensive in 1968 was a military disaster for the Viet Cong and North Vietnamese army -- no one believed because there was no light at the end of tunnel," Harry McPherson, who was President Johnson's White House counsel, told me. For a modern instance, McPherson cited the statement this week by Sen. Chuck Hagel, R-Neb.: "The White House is completely disconnected from reality. It's like they're just making it up as they go along. The reality is that we're losing in Iraq."

Bush's "light at the end of the tunnel" vision can only accelerate the cycle of disillusionment. His instinctive triumphalism inevitably has a counterproductive effect. His refusal to insist on responsibility for blunders -- instead rewarding and honoring their perpetrators -- enshrines impunity and hubris. His doctrine of presidential infallibility, the election being his only "moment of accountability," can no longer be sustained by reference to Sept. 11. His defense of the abuse and torture of detainees at Guantánamo and other prisons in violation of laws formerly upheld by the United States blots out his attempts to explain the purity of his motives.

In Graham Greene's 1955 novel on the wages of naive arrogance in Vietnam, "The Quiet American," world-weary British journalist Fowler remarks to Pyle, the U.S. agent with the best of intentions: "Oh, I know your motives are good, they always are ... I wish sometimes you had a few bad motives, you might understand a little more about human beings. And that applies to your country too, Pyle."