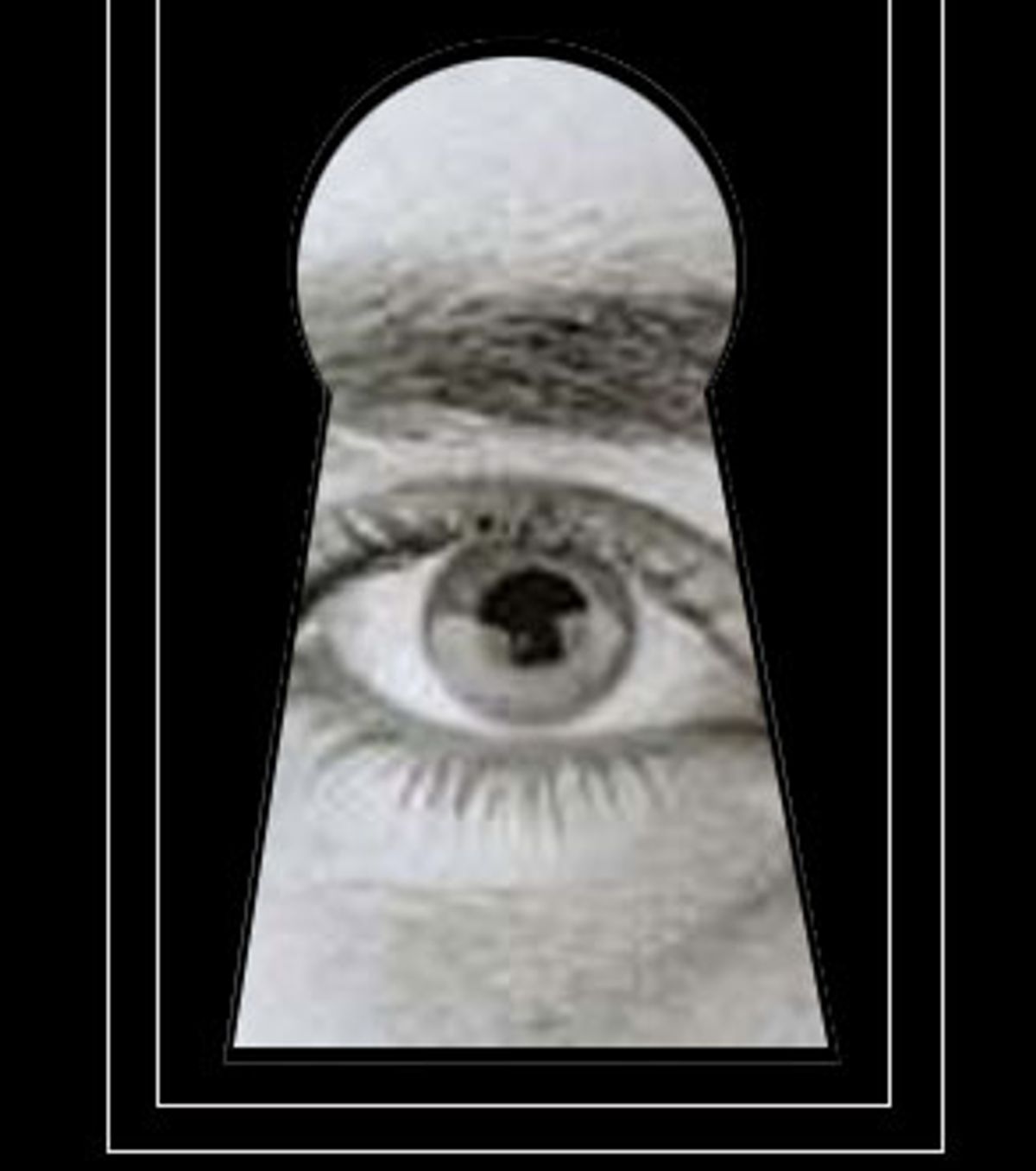 Democrats on the Senate Judiciary Committee have not rushed to judgment -- and rightly so -- on President Bush's Supreme Court nominee John G. Roberts. They have made clear that just as Bush considered prospective nominees' judicial philosophies and legal views in making his selection, they too will thoroughly examine Roberts in the coming weeks. The Constitution's checks and balances demand no less.

For guidance, senators can look first to the Constitution, but also to Ronald Reagan's administration (in which Roberts served). Reagan's Department of Justice wrote in 1988: "There are few factors that are more critical to determining the course of the Nation ... than the values and philosophies of the men and women who populate ... the federal judiciary." This admonition introduced a lengthy report detailing what was at stake in the Supreme Court at that time, and was followed by a plea for close Senate scrutiny of nominees: "It is hoped that this report will allow Members of Congress of both parties, pursuant to their constitutional responsibilities, to assess judicial nominees in the most thorough and informed manner possible."

The Reagan administration called for justices who would take away rights and overrule precedent, including the right to privacy in Skinner vs. Oklahoma (forced sterilization), Griswold vs. Connecticut (criminal ban on contraceptive use) and Roe vs. Wade (criminal ban on abortion). Reagan's radical constitutional agenda underscored the report's overarching point: The legal views of nominees matter greatly to the future of our nation and the lives of Americans.

The Senate has a responsibility to examine Roberts on a range of important issues, especially those on which his record raises concerns and for which his vote will matter most. Front and center among them should be whether he would uphold long-standing constitutional protections for the right to privacy, including the reproductive health and liberty of women and their families. Does Roberts accept that the Constitution protects an individual's basic right to privacy from government intrusion into intimate matters so central to personal liberty as whether and when to have children?

Much of the initial public debate has missed the mark in two critical respects, precisely in ways President Bush undoubtedly hoped it would: first, by focusing on whether there is smoking-gun evidence that Roberts would vote to overrule Roe, and second, by seeking to dismiss the issue on the grounds that Roberts' vote would not be sufficient to expressly overrule Roe.

There is no smoking gun in Roberts' past: President Bush scrupulously -- and predictably -- avoided selecting a nominee who unequivocally and personally has called for an overruling of Roe. In his capacity as principal deputy solicitor general, Roberts did urge the court to overrule Roe, and in a case in which the issue was not even before the court: "We continue to believe that Roe was wrongly decided and should be overruled ... The Court's conclusion in Roe that there is a fundamental right to an abortion ... finds no support in the text, structure, or history of the Constitution."

The official line is that Roberts might have been setting forth the president's views, not his own. But Roberts was not just any lawyer, representing just any client: He was a top political official in the first Bush administration (and earlier a political hire in the Reagan administration), appointed and working directly to promote its legal agenda, which no one questions he generally endorsed. The brief is no smoking gun, but it is reason for grave concern -- especially against the backdrop of Bush's promise of justices in the mold of Antonin Scalia and Clarence Thomas and the anti-choice right's unequivocal support for Roberts and utter belief that he is not another centrist "mistake" like Republican appointees Justices Sandra Day O'Connor, David Souter and Anthony Kennedy.

All this strongly suggests that Roberts will not uphold the right to privacy and makes imperative careful Senate scrutiny. It is not inconceivable that Roberts urged the court to overrule Roe only because he was directed to do so and against his own beliefs, but if that was the case, he certainly will have ample opportunity to explain that in his confirmation hearings.

With regard to whether Roe is at risk: Supporters of Roberts (and others) emphasize that President Bush seemingly would need two appointments to achieve an express overruling of Roe. One obvious response is, on a court this closely divided, every vote counts. With the stakes so high, should concern be delayed until Roe's demise certainly is just one vote away? The 1973 court decided Roe by a bipartisan 7-2 margin. The country already has lived through a concerted Republican effort in the 1980s to appoint anti-choice justices who would overrule Roe, an effort that brought us to the brink of a return to the pre-Roe days of dangerous and illegal abortion.

Equally important to the Senate's consideration of Roberts, there is more than one way to "overrule" Roe. We clearly are just one vote away -- Justice O'Connor's vote -- from the more likely path: an evisceration of the right through the court's upholding of mounting government restrictions and obstacles short of absolute criminal bans, restrictions that would combine with private forms of interference such as clinic blockades and violence to make legal abortion services far less available, far more expensive and far more dangerous. The resulting unequal availability of legal services would be reminiscent of the pre-Roe patchwork, even absent an express overruling. Roe's practical effect, it should be recalled, was not to increase substantially the overall abortion rate but, rather, to allow women far greater access to legal and safe reproductive healthcare within their own states (and to virtually eliminate dangerous, illegal abortions).

Justice O'Connor truly has been the justice in the middle on reproductive choice. She crafted the 1992 Planned Parenthood vs. Casey compromise, a 5-4 decision that averted an express overruling of Roe, but also opened the door to a possible indirect overruling by substituting for the strong protections of Roe a new, less protective "undue burden" standard. She was joined by Justices Souter and Kennedy, also appointed by Republican anti-choice presidents. If any of the three had joined the dissent, the court would have overruled Roe in 1992 -- hence the determination that Bush take far greater care in his selection of O'Connor's successor.

Casey upheld what it described as Roe's "essential" holding, the right of women to be free from "undue" governmental burdens in making the ultimate decision whether to have an abortion before fetal viability. The four Casey dissenters who would have expressly overruled Roe derided the undue-burden test as an implicit gutting of Roe, a standard that would not last and that left only a facade of protection. In fact, O'Connor has ensured that the Casey standard does provide some meaningful protection, but only by a 5-4 margin in the most recent abortion decision.

The undue-burden standard has proved extremely malleable -- what is an "undue" burden? -- and in the hands of O'Connor's replacement could be used to empty Roe of any meaningful content for many women. Numerous forms of restrictions already have been attempted over the decades -- husband consent, mandatory delays and multiple trips, hospitalization requirements -- while others remain beyond our imagination, yet to be crafted. Most immediately on the horizon is whether the government may restrict abortion without providing exceptions for cases in which women's health is at risk. The upcoming confirmation hearings thus should explore not only whether Roberts will vote to overrule Roe expressly but also whether he will do so implicitly, over time, and deprive growing numbers of women of Roe's protections.

Each senator ultimately will decide what standard a nominee must meet to merit a lifetime Supreme Court appointment. Standards certainly will vary, but at this time in our history, one worthy of adoption would recognize Roe vs. Wade and the right to privacy, like Brown vs. Board of Education, as a fundamental pillar of our constitutional system.

When Justices O'Connor, Kennedy and Souter confronted the real possibility of overruling Roe, they instead were persuaded that the time had come to accept and reaffirm it. As they wrote in Casey, "an entire generation has come of age free to assume Roe's concept of liberty in defining the capacity of women to act in society, and to make reproductive decisions." The time now has come for senators to say no to efforts to remake the court to take away the right to make "the most intimate and personal choices a person may make in a lifetime."

Dawn Johnsen is a professor of law at Indiana University School of Law-Bloomington.