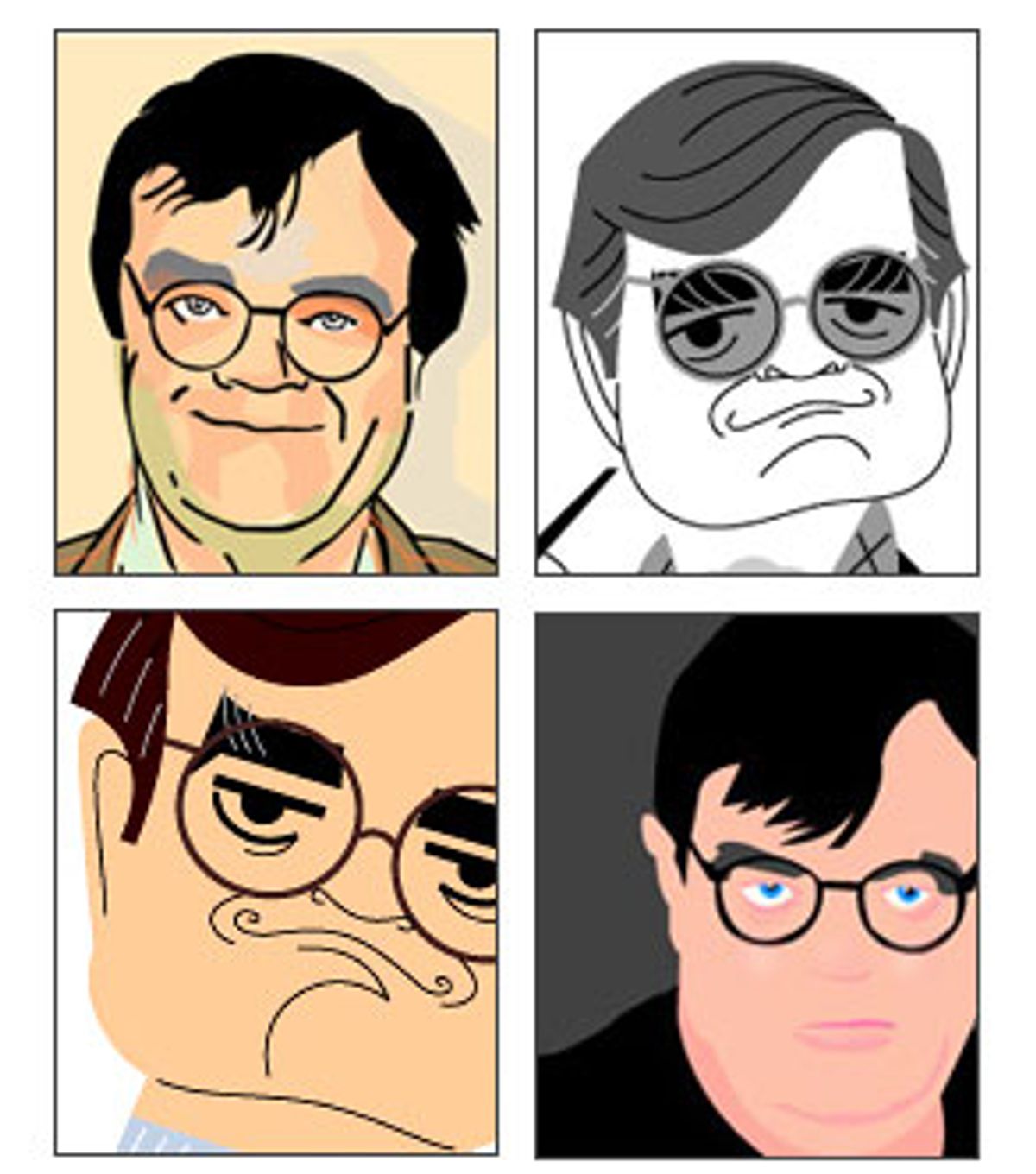 I feel it's time for me to step forward and tell what I know about Karl Rove's conversation with columnist Robert Novak in which Novak reportedly told Rove that CIA operative Valerie Plame had been responsible for her husband Joseph Wilson's going to Niger to debunk the White House's claim that Saddam Hussein was shopping for uranium in Africa to make nuclear weapons and that's why we invaded Iraq, and Rove said, "Yes, I've heard that, too." Rove has been accused of revealing the identity of a covert intelligence officer. This simply isn't true.

I happened to be in Rove's office when the phone rang. I was there on behalf of my publisher, to see if Rove knows enough to make him worth a $6 million advance on his memoirs. (Answer: Not really.) He picked up the phone, and the voice at the other end sounded like a rat trapped in a coffee can. "Novak," whispered Rove, and he pretended to stick a finger down his throat. He listened for several minutes. "Yes, I've heard that, too," he said.

As he spoke to Novak, Rove wrote on a notepad, "Rosebud knows" -- "Rosebud" being Vice President Cheney's code name -- and winked at me.

This raised a question in my mind: Did Rove know Plame had taken the identity of Cheney during an arrhythmia episode at Walter Reed and that a heavily sedated vice president had been flown by the CIA to Riyadh, Saudi Arabia, as Plame donned a latex-padded suit and took his place? She quickly discovered that the uranium was stored at the Whitewater property once owned by the Clintons and then deeded to Kofi Annan and used as a supply depot for black helicopters. She tried to warn Bill Clinton, and the next day he had that mysterious "bypass" operation, after which he suddenly got chummy with ex-CIA chief George H.W. Bush and the two flew off to Southeast Asia like in an old Bing Crosby/Bob Hope "Road" picture.

New York Times columnist William Safire was the first to spot the womanly tenderness in the vice president's eyes, and he called Lynne Cheney to ask if Rosebud had been infiltrated. She denied everything. She also said she had "never been happier."

Safire's discovery of the Cheney gambit made it necessary for the CIA to "retire" him from the Times. But not before he passed the word to me. I called Sen. Kerry to alert him, and he said he had heard that, too, and then switched over to French and said, "My wife is a suitcase," or words to that effect.

Could Teresa Heinz Kerry be carrying uranium in a suitcase? Plame mentioned the possibility to the president and found Bush oddly detached. "Yes, I heard that," he said, vaguely. The radio receiver was still on his back, but the earpiece had fallen out. As a young man, under cover of the National Guard, Bush had masterminded a clandestine CIA operation that infiltrated a ring of draft dodgers and gathered important information about them, such as which bars they frequented and how much they drank. He is comfortable in an undercover role. He has cut many trails through the brush at his Crawford, Texas, ranch and can slip undetected over the Mexican border while his double, an El Paso Realtor named Craig Selin, stands in for him at press conferences and other ceremonial events.

Justice Sandra Day O'Connor knew that the vice president's gender wasn't right and so did Laura Bush. Mrs. Bush has read Dostoevski and isn't easily fooled. They told Rove, who said, "Yes, I've heard that, too." But did he know? I doubt it.

He was as surprised as the others when Vice President Cheney returned to Washington in a small civilian aircraft, which was intercepted by F-16s as it entered restricted air space and was forced to land at Andrews Air Force Base, where Rosebud was recognized and became vice president again and Plame was sent to an undisclosed location. That night, Rove spoke on the phone with columnist Dave Barry, who told him that the uranium was actually urine samples, and Rove said, "That's old news, Dave. We've moved on." A typical Rove gambit.

But that is neither here nor there. The question is: Did Karl Rove reveal Valerie Plame's identity? He did not. His "I've heard that, too" was an attempt to seem cool and informed whereas he was as bewildered as anybody else.

The urine samples turned up, not in Iraq but at Plymouth Rock; it was the urine of a white male between 50 and 65 with thinning hair and a cherubic smile. Don't ask me how I know -- wild horses couldn't drag that out of me.