Bill Murray tracks down an eccentric cast of ex-girlfriends in Jim Jarmusch's well-meaning but remote look at an aging Don Juan. 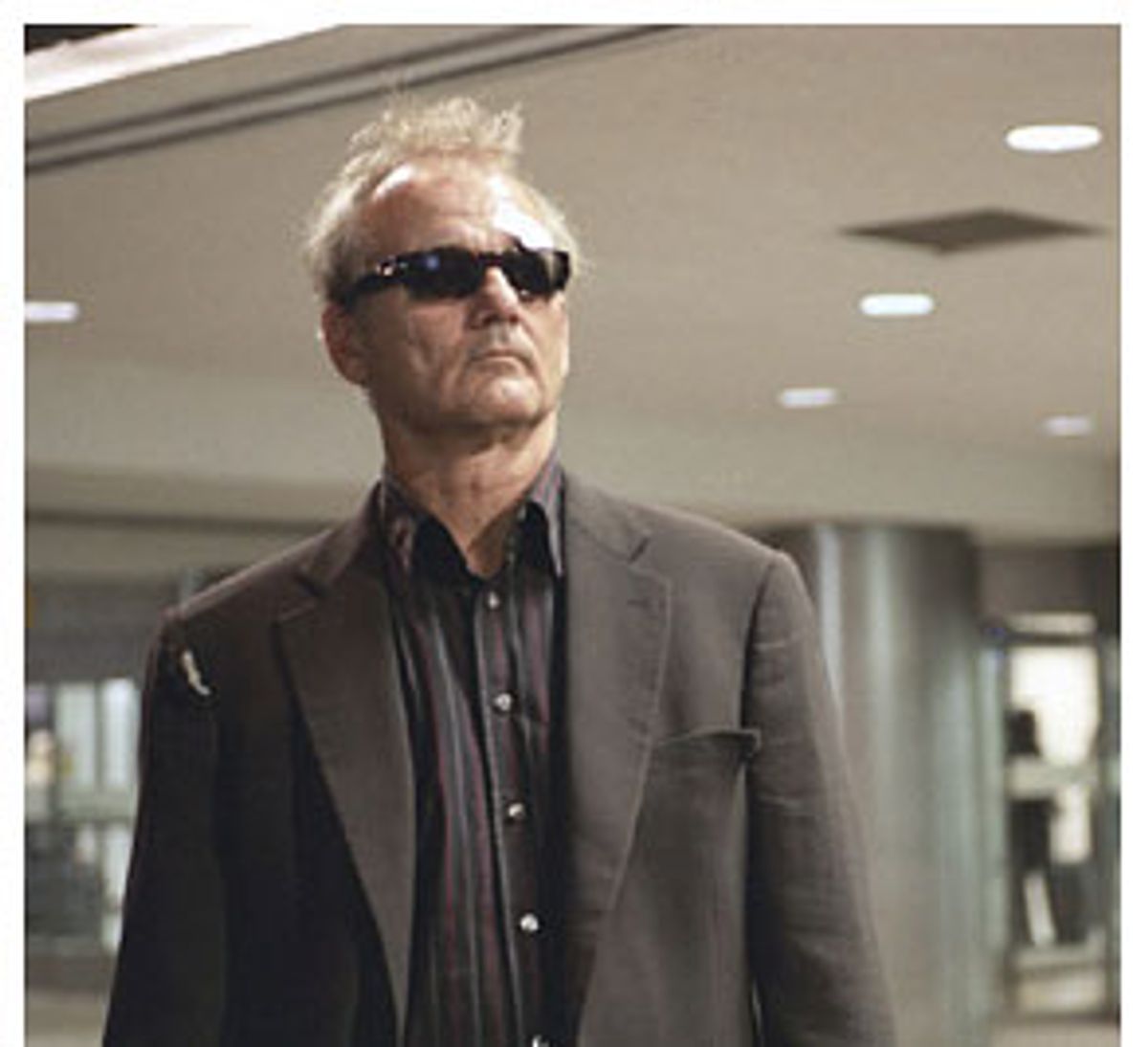 You can wish there were more filmmakers like Jim Jarmusch and simultaneously wish there were fewer movies like "Broken Flowers." Even when his pictures are frustrating or annoying, his integrity is never in doubt. Jarmusch was an indie filmmaker long before you could buy T-shirts, coffee mugs and mouse pads professing your love of everything indie. His early pictures, things like "Stranger Than Paradise" and "Down by Law," could be both fun and maddening (their low-key quality often amounted to a kind of pretension), but if nothing else, when they arrived on the scene they announced that the movie landscape around us was changing.

Instead of becoming a calcified hipster, Jarmusch moved forward to make better and better movies. By the '90s, with pictures like the 1999 "Ghost Dog: The Way of the Samurai" and, his finest to date, the great 1995 "Dead Man," he'd refined his elliptical style of filmmaking to the point where we became so engrossed in the characters and what they stood for that we even stopped noticing the ellipses.

But those ellipses are back, in a big way, in "Broken Flowers." Jarmusch has put together an extraordinarily promising cast. The movie's center is Bill Murray, as a late-middle-age Don Juan who receives an unsigned letter, with a blurry postmark, telling him that he has a 19-year-old son. Murray has no idea who the mother might be. So at the urging of his next-door neighbor, husband and family man Jeffrey Wright (in a relaxed, amusing performance), he makes a list of the women he'd spent time with 20 years ago and sets out, by plane and rental car, to connect (or not) with each of them.

Those old flames include Frances Conroy, as a former hippie whose gentle, nervous timidity appears to have made her the property of her husband (Christopher McDonald); Tilda Swinton, as a hostile biker girlfriend living way out in the country; and Jessica Lange (whose wonderful face, unfortunately, has lost much of its character, presumably thanks to the dread Hollywood scalpel), as a woman who believes she can communicate with animals and makes a living from it.

Murray moves like a ghost from town to town -- in between, we see him crunched into an airplane seat, or huddled behind the wheel of a rented Taurus -- looking for, well, we're not sure exactly what. It's clear from the movie's opening that Murray is a man who has lost something. He sits numbly on his couch in his lavishly appointed house (he's made it big in computers), listening with semidetached interest to CDs Wright has burned him for him. (The movie's soundtrack is superb, particularly the numbers by Ethiopian jazz pianist, percussionist and arranger Mulatu Astatke.) We don't need to have Murray's problems spelled out for us. At the same time, a few clues wouldn't hurt.

While Murray is great fun to watch -- he's such a sensitive actor that you can't help feeling something for his character -- you keep wishing Jarmusch (who also wrote the screenplay) would just give him a little bit more to work with. As Murray drifts from woman to woman, and from setting to setting (the locales he visits include generic but expensive housing developments and scary country outposts), we feel we should somehow be nudging closer to him, and yet we don't. Jarmusch allows his scenes to float, independent yet connected, like little island tableaux; his characters engage in conversations that hang limply in the air. Jarmusch doesn't exactly make fun of his characters -- even though he does give them dorky professions like "professional closet organizer" and "animal communicator" -- but he does float a little too cushily above them. "Broken Flowers" isn't wholly lacking in feeling, but it also seems to be trying desperately to make us feel something and not quite succeeding.

There are exceptions, of course. Sharon Stone is wonderful, and wholly believable, as the professional closet organizer -- she has so much wit and crackle that the movie feels alive when she's on-screen. She has a small, lovely moment with Murray, when she impulsively grasps and kisses his hand -- a gesture that represents the kind of thing we keep going to the movies for.

But the best character of all in Jarmusch's panorama may be Alexis Dziena, as Stone's teenage daughter. "Sometimes people call me Lo, but my really real name is Lolita!" she tells Murray, just after she's answered the door in a miniature bathrobe and platform flip-flops. She leaves the room for a minute, only to reappear to answer the cell phone she's left on the living-room table -- and she's completely nude. The nymphlike Dziena is completely charming but she's more than just a teen cutie. Few actresses could carry off a scene like this with the casual lusciousness she does. She's the most nakedly honest thing about this well-meaning but remote picture.