"The Dukes of Hazzard"

The charms in this latest TV show remake are skimpier than Jessica Simpson's short shorts. 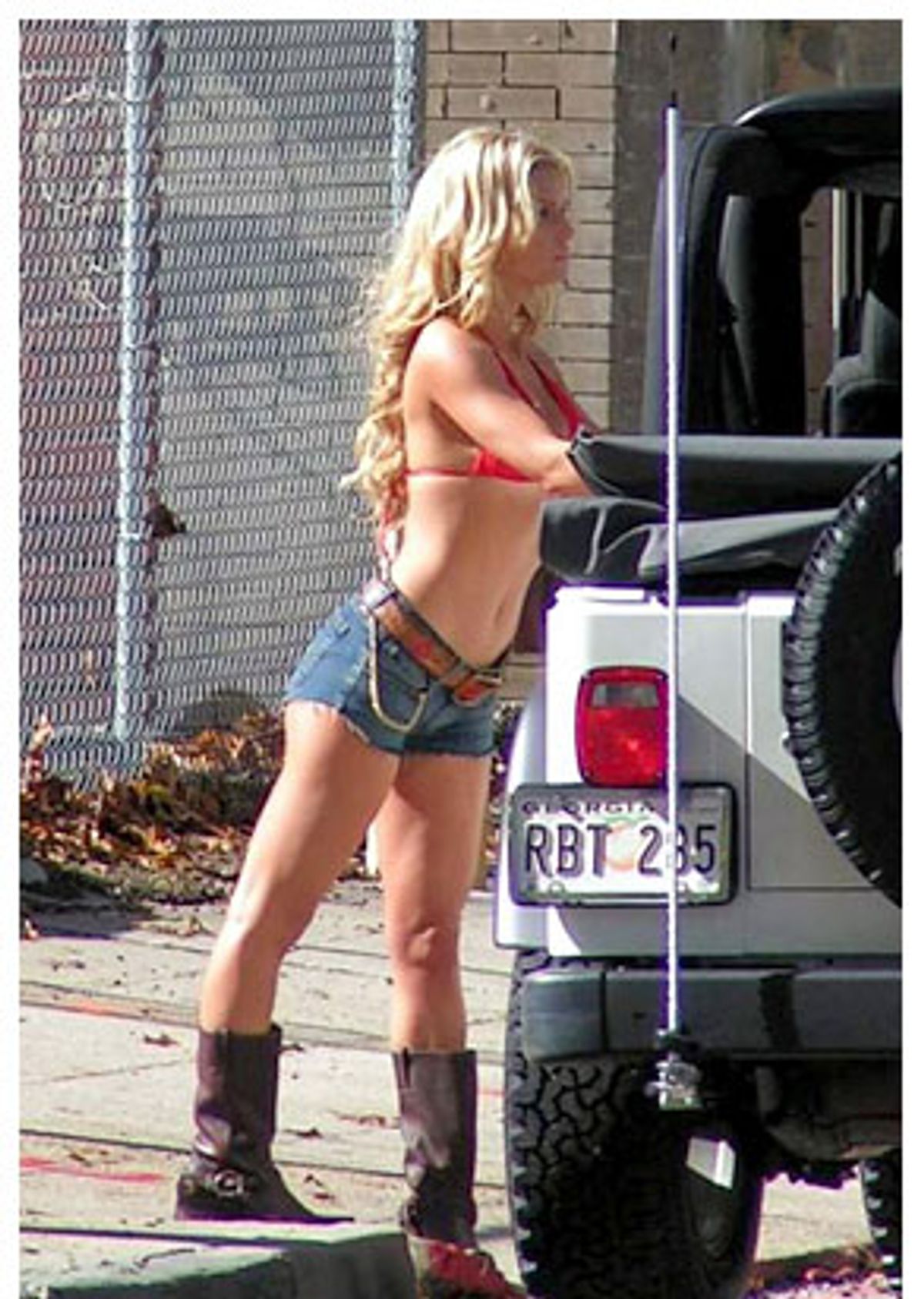 "The Dukes of Hazzard" must have been a blast to make: all that crazy stunt driving, Seann William Scott and Johnny Knoxville cutting up right and left like rowdy schoolboys, Jessica Simpson traipsing around on the set in shorts that look like something she scrounged up from a Barbie case. If only it were that much fun to watch. Like most movies based on old television shows, "Dukes" is all concept, with a few jokes written into its crevices. In patches, it's entertaining in a wholly disreputable way, and you can't say it doesn't have a sense of humor about itself. But it never allows you to get lost in its crazy, speed-limit-busting world -- it's way too knowing for that. The movie invites us to thrill to barroom brawls and smash-'em-up car chases as long as we swear we're doing so ironically. And where's the fun in that?

Seann William Scott and Johnny Knoxville play Georgia cousins Bo and Luke Duke, whose chief form of entertainment is tooling around Hazzard County in Bo's 1969 orange Dodge Charger. Sometimes when they're tooling, they're actually working, transporting their uncle's moonshine in Mason jars (Uncle Jesse is played, with zero irony and a great deal of laid-back zest, by Willie Nelson). From time to time, they get into scrapes, pissing off the local sheriff (M.C. Gainey) and cramping the style of crooked county commissioner Boss Hogg (Burt Reynolds, looking taut and tan in an all-white cowboy get-up). But just when you think they've landed in hot water they can't possibly wriggle out of, their cousin Daisy -- long of limb and short of short -- sashays in to save the day. (She's played by Jessica Simpson, a very tan girl with a smile attached, who looks a little surprised every time she's called upon to utter a line, which, fortunately, isn't very often.)

"Dukes" features some wild stunt driving, and for those of us who have issues with authority figures, there are a few cathartic moments in which cop cars get blown up and such. And in the movie's early scenes, at least, its mere bumptiousness is entertaining. Bo, as prep for the big race he's about to enter, pops an audiobook by Al Unser Jr. into his car tape deck. ("No questions, only Unsers!") Luke scrambles in and out of the windows of local honeys when their shotgun-toting dads aren't looking. Luke and Bo, defending Daisy's honor (wholly unnecessary, since she's perfectly capable of looking after it herself), start a barroom brawl in which chops are busted and asses are kicked. The whole thing seems so perfectly good-natured that you settle in for some harmless, silly fun.

But "Dukes" runs out of gas early on. The two male leads are fun to watch: Knoxville swaggers through the picture like a sexy junkyard dog, and the demented gleam in Scott's eyes is the sort of thing that makes you want to lock up your daughters. But after the first few scenes, there's virtually no writing for them to work with: They're just goofing around and driving really fast. (John O'Brien wrote the screenplay. The story is by O'Brien and Jonathan L. Davis, based on the characters Gy Waldron created for the television series, which ran for six seasons, ending in the mid-1980s.)

"Dukes of Hazzard" invites us to revel in its low-class high jinks, but they're faux low-class high jinks. The picture has a costly glow, like Prada boots that have been distressed to look like they've actually seen farm work. And while the "movies based on TV shows" thing isn't exactly my favorite genre, I'd enjoy pictures like this more if they were at least honest about the big, dumb pleasures they have to offer. The press notes for "Dukes of Hazzard" feature a quote from producer Bill Gerber: "I was searching for a project that really captured the American spirit," he begins. "The heart of 'The Dukes of Hazzard' is family and protecting what you love."

Actually, the heart of the TV show was looking at Catherine Bach's ass and watching shit get fucked up. Maybe that really does capture the American spirit, but I'm not sure that's what Gerber thinks.