When pro-Israel attorney Alan Dershowitz learned that scholar and Israel critic Norman Finkelstein was writing a book that savaged him and his views, he tried to prevent its publication. Then things got really ugly. 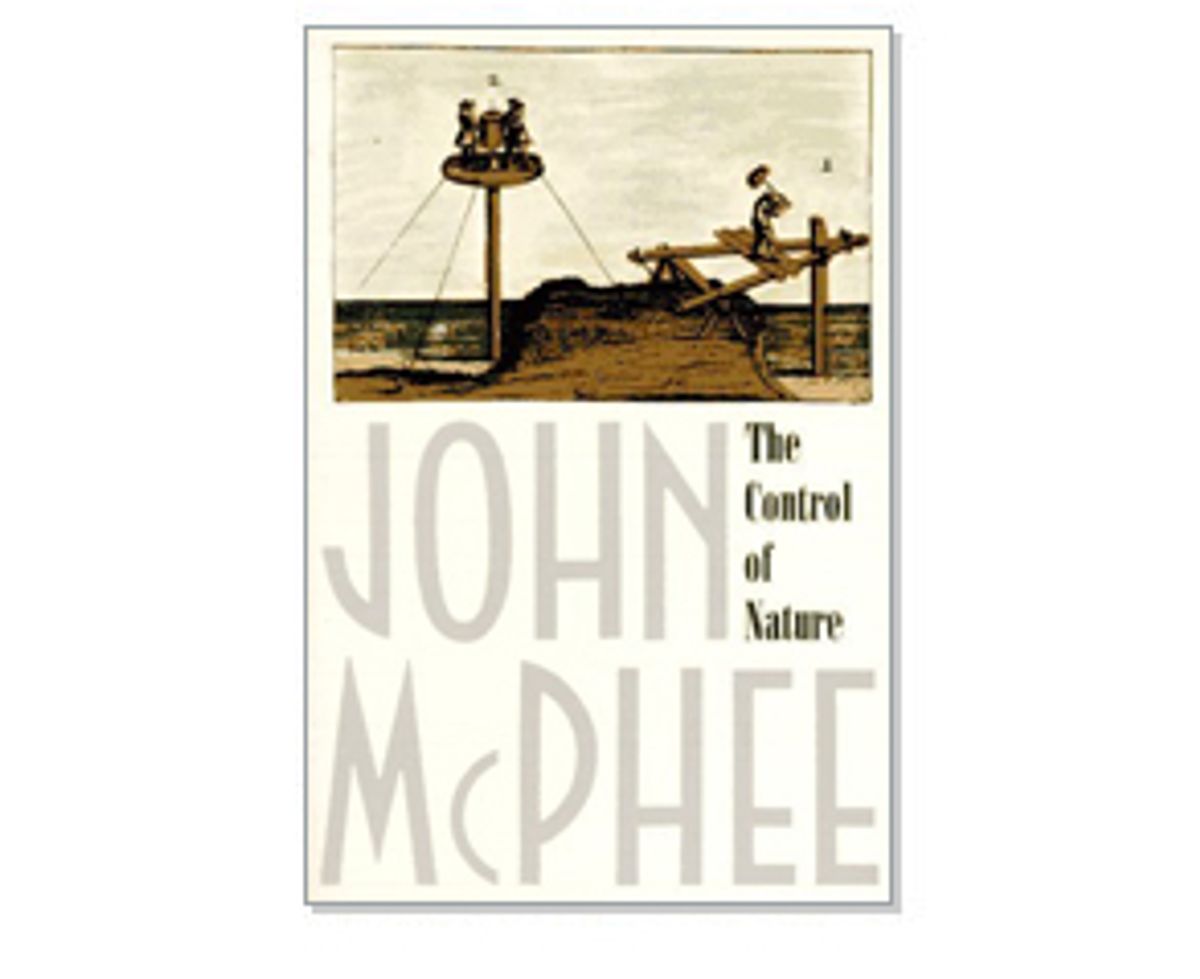 In his landmark book, "Democracy in America," 19th century French intellectual Alexis de Tocqueville commented on the fever pitch to which American polemics can often ascend. In a chapter titled "Why American Writers and Speakers Are Often Bombastic," he wrote: "I have often noticed that the Americans whose language when talking business is clear and dry ... easily turn bombastic when they attempt a poetic style ... Writers for their part almost always pander to this propensity ... they inflate their imaginations and swell them out beyond bounds, so that they achieve gigantism, missing real grandeur."

When it comes to a duel between DePaul University political science professor Norman Finkelstein and Harvard law professor Alan Dershowitz over Finkelstein's upcoming book, "Beyond Chutzpah: On the Misuse of Anti-Semitism and the Abuse of History," gigantic bombast feels like an understatement. It is a row that has spilled onto the pages of most of the nation's prominent newspapers and gone all the way to the desk of California Gov. Arnold Schwarzenegger.

Like the two professors in Irvine Welsh's "The Acid House" who abandon their high-minded theoretical clashes for a drunken brawl in a car park, Finkelstein and Dershowitz hover between principle and raw verbal pugilism in which the personal and the political are almost indistinguishable.

Finkelstein says Dershowitz is a "total liar," adding that "if a true word were to leap out of his mouth he would explode." Dershowitz eschews direct personal attacks only to ascribe his jibes to others. "Many people have thought [Finkelstein] was unstable ... he is like a child ... he makes up facts."

But beneath the vitriol lie many vital issues: namely Israel, Palestine, human rights in the Middle East, anti-Semitism, academic freedom and intellectual honesty. Not to mention the scope for discussing these subjects in the United States, Israel's greatest ally, where the parameters for debate are relatively narrow compared with the rest of the Western world. "The atmosphere for publishing critical stuff on Israel here is very intimidating," says Colin Robinson, who as publisher of the New Press initially intended to publish Finkelstein's book.

Finkelstein billed his book as "an exposé of the corruption of scholarship on the Israel-Palestine conflict," but essentially it is an attack on Dershowitz in general and his bestselling book, "The Case for Israel," in particular, which Finkelstein describes as "among the most spectacular academic frauds ever published on the Israel-Palestine conflict."

This is fighting talk. But then both of these writers come to this subject and each other with some form.

Finkelstein is best known for his book "The Holocaust Industry: Reflections on the Exploitation of Jewish Suffering." The book, serialized in the Guardian, argued that the Holocaust should not be treated as a sacred event to be exploited by a huge "memory industry" but understood as one of many genocides. Translated into 17 languages, it drew widespread criticism from many Jews for playing to an anti-Semitic gallery in both its tone and its tenor. It is "filled with precisely the kind of shrill hyperbole that Finkelstein rightly deplores in much of the current media hype over the Holocaust," wrote historian Omer Bartov, who holds a chair at Brown University. "It is brimming with the same indifference to historical facts, inner contradictions, strident politics and dubious contextualizations." Other experts believe he has a point.

Dershowitz is not just a prominent figure in American academe but in the nation's cultural life. He was part of both O.J. Simpson's and Mike Tyson's defense teams. In 1991, he wrote "Chutzpah," in which he argued that American Jews should shed their self-image as second-class citizens and engage more bravely with gentile America. In 2003 he wrote "The Case for Israel."

A passionate advocate of Zionism and Israel, who after Sept. 11, 2001, made the case for torture of suspects whom authorities believed to be hiding information about "an imminent large-scale threat," Dershowitz is also loathed by the left. Noam Chomsky has described him as a "Stalinist-style thug."

Both Finkelstein and Dershowitz insist they would rather not stoop to the other's level but have been provoked. "I feel that I have an obligation to defend the ideas," says Dershowitz. "He is not going to destroy my career. But if they can attack me in this way, then it can have a powerful message for others who share my ideas that their careers can be destroyed."

Finkelstein insists that Dershowitz either is baiting him or is insane. "On a public relations front his attacks have become so hysterical that [Dershowitz] is either trying to provoke me or he's imploding. My friends keep telling me, 'Norman, don't respond.'"

Finkelstein's criticisms of Dershowitz's book can be reduced to two central themes. The first amounts to an accusation of academic fraud. He originally asserted that Dershowitz "almost certainly didn't write [it] and perhaps didn't even read it prior to publication." He also charged that Dershowitz "plagiarizes large swaths" of "From Time Immemorial" by Joan Peters, a now-discredited -- by Finkelstein -- 1984 book, which attempted to buttress the Zionist argument that the land that is now Israel was underpopulated, and its few inhabitants a collection of different peoples, not Palestinians with a strong claim. (In the version that has just gone to press, the word "plagiarize" has been softened to "lifts from" or "appropriates without attribution.") Finkelstein alleges that of the 52 quotations and endnotes in the first two chapters of Dershowitz's book, 22 are almost exact replicas of Peters' book. However, instead of quoting Peters as the source, Dershowitz cites the original sources from Peters' footnotes.

The second accusation is that Dershowitz's defense of Israel's human rights record during the second intifada is based on flawed or fraudulent data, which Finkelstein challenges with reports from organizations such as Amnesty International, the U.S.-based Human Rights Watch and the Israeli human rights organization B'Tselem. "I juxtapose what he says is going on there and what is actually going on there," says Finkelstein.

A recent piece in the left-wing magazine the Nation details some of the points of contention. Finkelstein takes issue, for example, with Dershowitz's assertion that "when only innocent civilians are counted, significantly more Israelis than Palestinians have been killed." Yet, he says that, according to Amnesty International, even when only unarmed civilians are counted, the ratio is still 3-to-1, Palestinian to Israeli. Dershowitz argues that the Israel Defense Force tries to use rubber bullets "and aims at the legs whenever possible"; he points to a 2002 Amnesty report that rubber bullets are regularly used against children, at close range, often injuring their heads or upper bodies.

Dershowitz says his principal grievance is with the accusation that he hadn't written the book: "It's like disputing the paternity of my children," he says. "I know I wrote the book. I wrote every single word of it" -- and he dismisses the plagiarism allegations as malevolent pedantry. He says they were investigated by the Harvard library and dismissed as a "frivolous charge." And he says he can prove he used some of the citations in public debates as far back as the '70s and that he first saw the other quotes in Peters' book, then went and checked the originals in the Harvard library.

On the issue of what is going on in Israel, Dershowitz claims that Amnesty International and Human Rights Watch did not get all of their facts right and that Finkelstein is a "transient academic" with little practical knowledge of the Middle East. "This is a man who until recently had never been to Israel."

When Dershowitz found out that Finkelstein's book was going to be published by the New Press, says Robinson, who published "The Holocaust Industry" when he was an editor at Verso, he got the home addresses of the New Press board and urged them not to publish it. "I got four letters from Dershowitz in three months."

Realizing that the book was bound to provoke great controversy, Robinson says he sought to postpone publication from early spring to early autumn so that he could be sure they got it right. "We wanted our ducks in a row. We wanted to read the manuscript to know what we would be defending before we put it in the catalog."

Piqued, Finkelstein took the book to the University of California Press, saying that he wanted to get it out as early as possible. "The book was very timely and I thought a delay would be damaging," he says.

After the U.C. Press decided to take it on, Dershowitz wrote to Schwarzenegger, but even he would not get involved. "You have asked for the Governor's assistance in preventing the publication of this book," wrote his legal affairs secretary. "He is not inclined to otherwise exert influence in this case because of the clear academic freedom issue it presents." According to the Nation's reporter Jon Wiener, who is also a professor of history at the University of California, Dershowitz got a prominent law firm to write stern letters to the university regents, to the university provost, to 17 directors of the press and to 19 members of the press's faculty editorial committee.

U.C. Press defends Finkelstein. "His books are very, very thoroughly researched," Lynne Withey, the publishing house's director, told the Associated Press. "He clearly has a point of view that is antithetical to Dershowitz's, but scholars line up on both sides of the issue." Dershowitz denounces the U.C. Press as "very hard-left" and "very anti-Zionist": "No other university press would publish garbage like this."

Dershowitz, who received the William O. Douglas First Amendment Award from the Jewish advocacy group the Anti-Defamation League, says he never wanted to curb Finkelstein's freedom of speech. "I want to see his book published," he says. "I want to see it demolished in the marketplace of ideas. I just want the false personal charges taken out."

U.C. Press persuaded Finkelstein to withdraw the claim that Dershowitz had not written his book, thereby relegating this rather serious charge to the status of an overexuberant rhetorical flourish. In a statement accompanying review copies, the press explained that "Professor Finkelstein's only claim on the issue was speculative ... We felt this weakened the argument and distracted from the central issues of the book. Finkelstein agreed."

For a while last month, it seemed as though Finkelstein's book might never come out. Involved in delicate negotiations with U.C. Press, at one point he posted a message on his Web site saying that it had been dropped. But with the book coming out later this month he is bullish once again. "I have not retracted one jot of one word of what I've said the past year."

Dershowitz, meanwhile, says he has no plans to sue "that nut job" despite the disputed allegations that remain. He too has a book coming out this month. Its title: "The Case for Peace."