While the president worries about restoring "balance" to his life, Americans are worried by stratospheric gas prices and growing fed up with the war in Iraq. 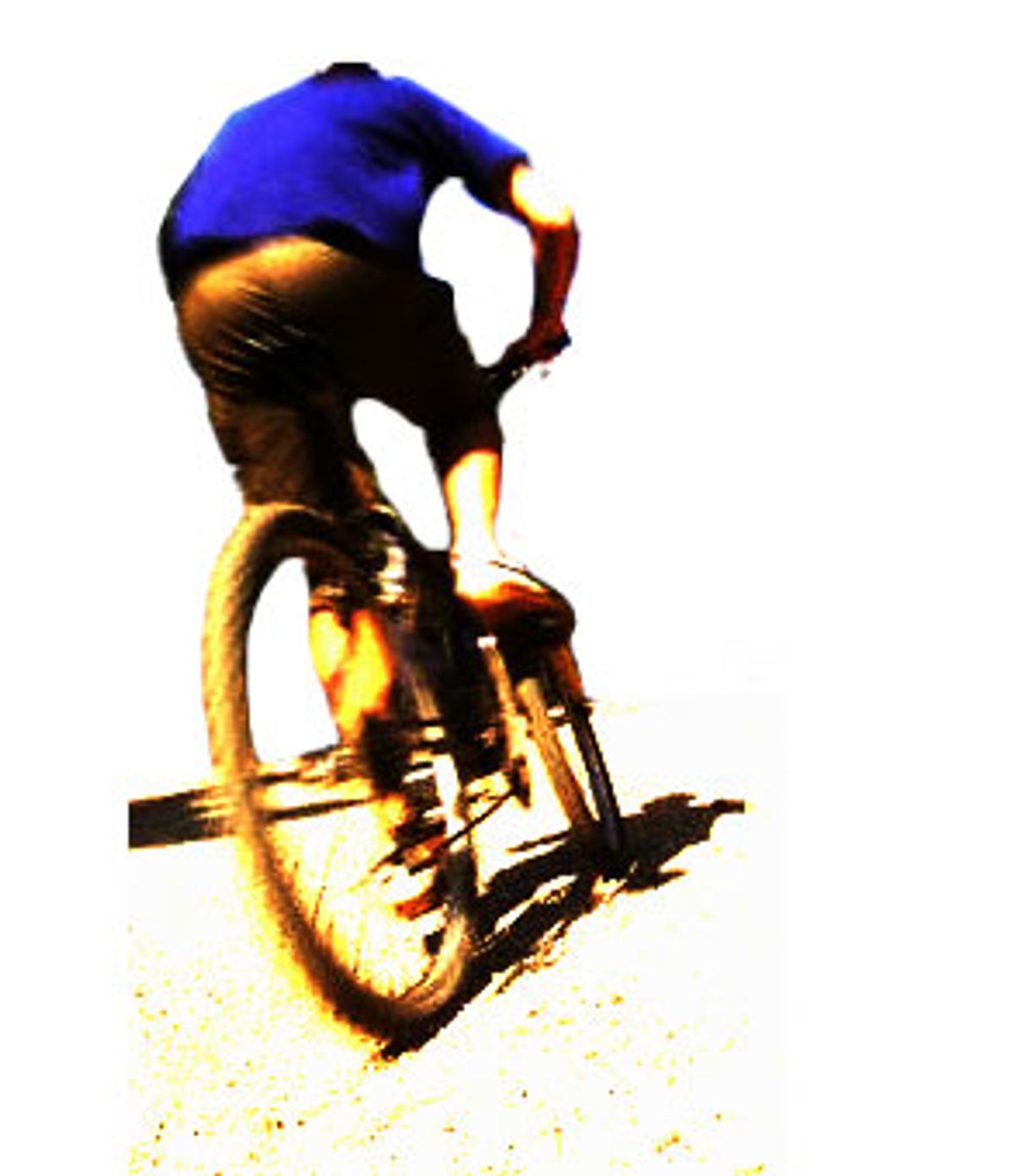 Now is the summer of our discontent, made lowering winter by this sun of Crawford.

President Bush capers nimbly through his bicycle rides, fishing, brush clearing, attending a Little League baseball game and holding a merry meeting with his adoring and adored Rangers and Pioneers, his largest political contributors. His national security team comes and goes praising the nonexistent Iraqi constitution. He bestows souvenir pens on congressional leaders festively gathered around him, signing an energy bill that provides new loopholes for oil companies awash in windfall profits and drastically scales back measures for conservation as the price of petroleum skyrockets to near-record levels.

Home on the range more than the deer and the antelope play. Near a drainage ditch by the road leading to Prairie Chapel, the president's ranch, the mother of a dead soldier has pitched a tent. Cindy Sheehan has refused to leave until she is granted an audience with the president. Her son, 24-year-old Army Spc. Casey Sheehan, a Humvee mechanic, was killed in Baghdad's Sadr City on April 4, 2004, and she calls her makeshift vigil in memoriam "Camp Casey." Her previous meeting with Bush has only impelled her to seek the satisfaction of another one. "He wouldn't look at the pictures of Casey," she said. "He didn't even know Casey's name. He came in the room and the very first thing he said is, 'So who are we honoring here?' He didn't even know Casey's name. He didn't want to hear it. He didn't want to hear anything about Casey. He wouldn't even call him 'him' or 'he.' He called him 'your loved one.' Every time we tried to talk about Casey and how much we missed him, he would change the subject."

Bush has sent out emissaries, including his national security advisor, Stephen Hadley, to reason with her, but she remains adamant. Her emotional drama and outspoken opposition to the Iraq war have become daily features in newspapers and on the network television news. Every twist in her standoff provides grist for expanded coverage. One of Bush's neighbors has offered Sheehan his ranch as a more commodious base. Yet another fired his shotgun in the air to startle and frighten her. Still another, the president of the local gun club, drove his pickup truck over a memorial of small white wooden crosses and American flags constructed by Sheehan and her supporters to honor the approximately 1,860 soldiers fallen so far; he was arrested for criminal mischief.

Other bereaved parents of dead soldiers have suddenly begun speaking out and receiving respectful media attention, especially in their home states. In Ohio, Paul Schroeder, the father of Lance Cpl. Edward Schroeder II, killed two weeks ago along with 15 other Marines from Ohio, called a press conference in front of his Cleveland home. "Our comments are not just those of grieving parents," he said. "They are based on anger, Mr. President, not grief. Anger is an honest emotion when someone's family has been violated." His wife, Rosemary, accused Bush of failure: "Whether he leads them out by putting more troops on the ground or pulling them out -- he can't just let it continue." Before Sheehan's vigil, public support of Bush's Iraq policy had plummeted to 34 percent.

From the administration come conflicting statements about strategy in Iraq. The recent fiasco over the attempted rebranding of the "war on terrorism" as the "global struggle against violent extremism" reflects internal tensions. While Bush proclaims that he will "stay the course," military sources leak stories that the vaunted objectives of the Iraq war, democracy and civil order, are chimerical. Pentagon briefings suggest that U.S. forces may be drawn down soon, but the projections do not flow from any new strategy. Retired four-star Gen. Barry McCaffrey declared: "The Army's wheels are going to come off in the next 24 months. We are now in a period of considerable strategic peril. It's because [Donald] Rumsfeld has dug in his heels and said, 'I cannot retreat from my position.'"

Iraq's confounded constitution writing has further illuminated its centrifugal forces and the increasingly visible hand of Iran. It is becoming undeniable that the outcome of the war will be an Islamic republic closely allied with Iran.

For the American public this news melds in their daily lives with the spike in gas prices. The Iraq invasion, of course, was supposed to guarantee perpetual cheap oil. While the price boost has erased wage gains and flattened consumer demand, this oil crisis is more than a tale of statistics. Like oil crises in the past, it strikes at American feelings of independence, mobility, freedom and exceptionalism. Not since the oil crisis during the summer of 1979 that provoked President Carter's "malaise" speech have such frustrations surfaced.

Sandstorms by the banks of the Euphrates swirl to the Waco River, and the presidential vacationer, besieged by alarms and marches, has turned querulous and peevish. As his crusade was being overtaken by a sense of drift and futility, Bush explained why he would not meet with Sheehan: "I think it's also important for me to go on with my life, to keep a balanced life." This week he has planned a bike ride with Lance Armstrong.