The remarkable appeal of an undersexed middle-aged man in an oversexed world. 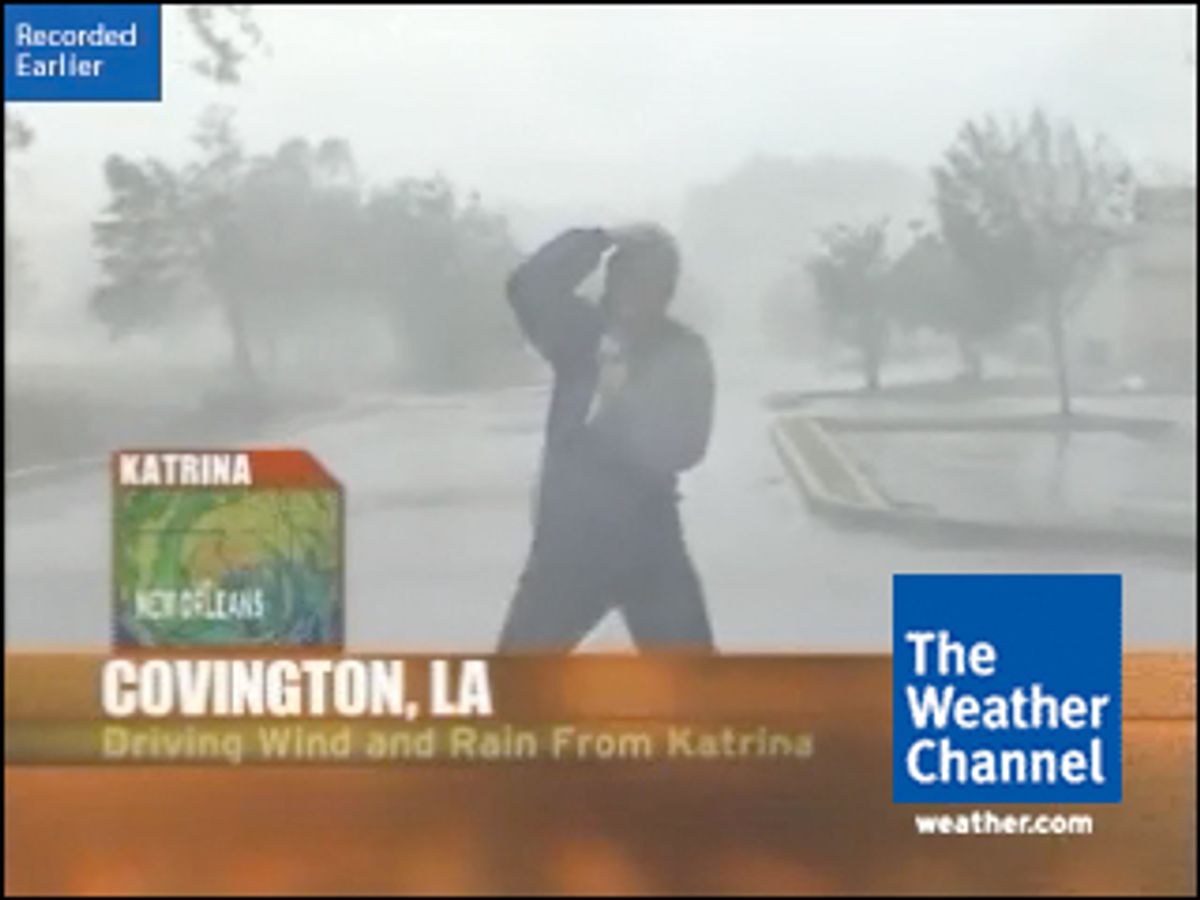 Now that 13-year-old girls have bellybutton rings and tongue piercings, there's no such thing as a believable ingenue anymore -- or so I thought, until I saw Steve Carell in "The 40-Year-Old Virgin." Carell plays Andy, a middle-aged electronics-store employee who's never had sex, and you can tell just by looking at him: He has the vaguely waxy, sexless look of a male underwear model from a '70s Sears catalog -- even his eyes have that satiny, vacant glaze that tells you sex is the furthest thing from his mind. Andy favors waffle-knit polo shirts that look as if they've come fresh off the ironing board and wears his hair in a deep side part à la Ken Berry circa "Mayberry R.F.D." He rides a bicycle to work (he doesn't have a driver's license, and this is L.A. we're talking about) and lives in a tidily organized apartment whose shelves are lined with Aquaman and "Six Million Dollar Man" dolls still in their original packaging. Like Andy, they're just not ready to come out of the box.

Andy likes girls; he's just never slept with one. And so three of his co-workers -- played by Paul Rudd, Romany Malco and Seth Rogen -- take pity on him and conspire to get him laid, providing him with useful tips such as "You wanna have sex with hood rats first" and advising him not to "put the pussy on a pedestal."

That's the starting point for Judd Apatow's "The 40-Year-Old Virgin," and the wonder of it all is how beautifully he makes it work. The picture's crude humor is equal parts satirical and unapologetically crass: The actors send up male boorishness by reveling in it -- we have to laugh at them, because God knows we sure wouldn't want to date them. The picture is less funny when it looks as if it's veering toward some kind of dreadful celibacy-before-marriage ending -- but at the last minute Apatow (he co-wrote the script with Carell) neatly sidesteps that trap, too. In the end, the only thing seriously wrong with "The 40-Year-Old Virgin" is that, like another fine summer comedy, "Wedding Crashers," it spills too far over the 90-minute threshold -- if it were 20 minutes shorter, it would be that much closer to perfect.

But are there any scenes that could have been excised wholesale? Surely not the fearsome waxing scene, in which Andy's pals decide he has too much hair on his chest and march him into a waxing salon, where he suffers grave, painful indignity at the hands of a sadistically giggly technician. (Every time she yanks a thatch of fur, Carell lets loose with a stream of Tourettish cussing.) Then there's the one in which Dave -- played by Rudd, who has proven to be an always-reliable comic actor, with a madman streak that makes him both appealing and a little formidable -- shows up at Andy's doorstep with a box of useful videos. "Hey, man -- got a big box of porn for you!" he calls out from the stoop, in a voice loud enough to carry at least three blocks. (Later, he calls Andy's attention to his prize compilation tape, affectionately labeled "Boner Jams '03.") And when Andy spots a toothsome bookstore clerk -- played by the wonderful Elizabeth Banks, with great dollops of coquettish craziness -- in his perpetual innocence he can't help remarking on the way her thong peeps out from above the waistband of her exceedingly low-rise jeans. "There's something wrong with her underpants," he says. "Yeah," says his burly bud Cal, played by Rogen. "They're not in my mouth."

"The 40-Year-Old Virgin" is loaded with that kind of junior-high-style guy humor, including a few mildly homophobic jokes (but ones that mostly just reinforce the boneheadedness of the guys making them). But those gags, in addition to often being funny precisely because they're so ridiculously juvenile, serve a significant structural purpose: The overarching joke of the movie is that even though Andy's buddies know a lot more about sex than Andy does, they're all suspended in their own state of arrested development. (As obvious as that sounds, I still overheard one critic dismissively comparing the movie to "Porky's.") The unchecked randiness of these goofuses makes a great foil for Carell. When the movie opens, the guys don't actually like Andy that much: They grudgingly invite him to poker night, and before long, the talk turns to women. As the others speak with great authority about the shapes and sizes of various breasts they have known, Andy chimes in desperately, his voice ringing out in three tinny notes, "I love titties!"

The more coarse and boastful his pals are, the more, well, virginal Andy seems, and Carell plays it to the hilt. This is a superb, delicately calibrated comic performance: Carell never allows the character to swerve into excessive cuddliness. He's not the kind of underdog you root for out of pity. In fact, even though Andy's likable, he's barely charming -- he's so guileless that he has no sizzle. The woman he finally falls for, Trish, is played by Catherine Keener, who has the rough task of playing the straight woman to a very straight comic lead. But she knows just what to do: She rides Carell's nervous sincerity as if it were a giant wave, without ever getting swallowed up by it. Keener's unflappable self-possession makes Carell's purposeful awkwardness that much funnier. They're an inspired pairing.

Carell speaks many of his lines as if they were non sequiturs -- he's often half a beat off, and it's that dangling half that makes the difference. At one point he meets a very drunk, very exploitable cutie in a bar (played by the delightfully loopy Leslie Mann, who doesn't work enough to suit me), and she gazes at him through a liquor-induced haze, murmuring, "You have really kind eyes." Andy stares back at her, his glassy eyes glued dumbly to the newsboy cap she's wearing: "Thanks. Your hat has sequins." Later, out on a hot date with Trish, he happily sips a fancy cocktail through a straw. (The glass is in the shape of a fat, giddy Buddha.) Carell conjures shades of the late, wonderful Dudley Moore -- he even looks a little like him. And when he makes his mournful confession -- "I'm a virgin; I always have been" -- the line rings with its own peculiar logic. Carell's whole performance is a kind of metaphorical foreplay. The big bang may be great, but it's the buildup that really counts.