In this lyrical fairy tale, Weetzie Bat -- the post-punk heroine of Block's young-adult books -- finds herself all grown up. 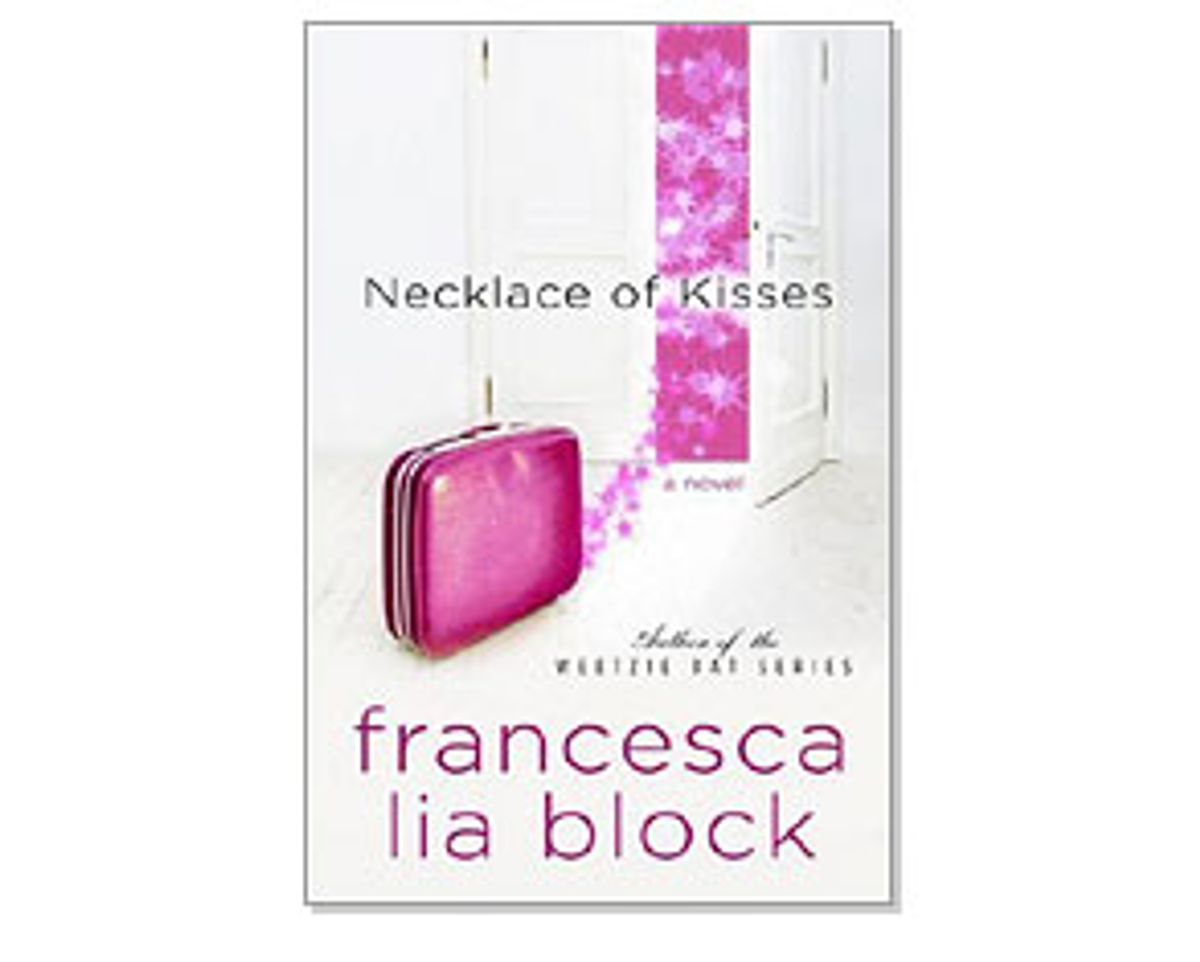 It will surprise none of Weetzie Bat's many admirers to learn that, in adulthood, her favorite word (or at least her current favorite) is "numinous." Weetzie explains that it means "supernatural, mysterious, a sense of the presence of divinity," and hastens to add that she would be sure to use it "if anyone ever asked me to be on that program 'Inside the Actors Studio.'"

For those of you who are already bewildered, Weetzie -- it's her real name, thank you very much -- is the post-punk L.A. fashion-plate heroine of several charming and distinctive young-adult novels by Francesca Lia Block. (You can read them all in the 1998 anthology "Dangerous Angels," and you certainly should.) Dreamy, romantic and a little too self-involved, Weetzie is something like the hipster stepchild of J.K. Rowling and Judy Blume. Or to put it in a way adult Weetzie would embrace, she lives in a world where the characters from "Six Feet Under" have moved to Buffy the Vampire Slayer's hometown.

On the one hand, Weetzie has dealt with her beloved father's suicide and her mother's alcoholism; she has had a boyfriend turn gay (and become her best friend instead) and close friends die of AIDS. On the other, she has confronted powerful supernatural forces, wielded for good, for evil and for the territory in between. She once had a genie emerge from a lamp, "of all things," to offer her three wishes -- warning her that wishes for world peace don't work -- and he reappears at a crucial juncture in Block's newest novel, "Necklace of Kisses."

It's a dangerous gamble to take a beloved character -- whom we first met when she and we were much younger -- and fling her all the way forward into midlife crisis. (Block is also the author of several non-Weetzie young-adult novels and one intriguingly kinky volume of adult erotica.) In "Necklace of Kisses" Weetzie is a 40-year-old mother of two; she still wears vintage orange sneakers and a pink-and-green Pucci tunic, but she hasn't loved any new music, she thinks, since Kurt Cobain's death. (Unless you count the soundtrack to "Hedwig and the Angry Inch.") Worse yet, her 20-year relationship with Max, the "secret agent lover man" she demanded from the genie, has gone stale. They don't kiss anymore, let alone have sex, and since the horrific events of 9/11 Max just sits around fretting over the news.

So Weetzie packs up the Pucci and a few other favored items of clothing (a list is provided) from the cottage left her by her gay ex-boyfriend's late grandmother Fifi, and moves into a fabulous structure known only as the "pink hotel," chasing a kiss that never happened there between her and a handsome boy named Zane Starling 22 years earlier. I approached this story with considerable trepidation; could the adventures of middle-aged Weetzie, still overly obsessed with trying to emulate Grace Kelly and Audrey Hepburn, be anything more than precious, wan imitations of the originals?

Wonder of wonders: They could. In its series of phantasmagorical, quasi-erotic episodes, "Necklace of Kisses" offers Weetzie a chance to come to terms with who she was and who she has become, and the result is a heartfelt work of adult fantasy that sings in many voices. Yes, the pink hotel's desk clerk is a woman who has turned blue from unrequited love, the chambermaid is a literally invisible Salvadoran immigrant, and the seductive room-service waiter appears to be the randy god Pan. (If Weetzie is to remain faithful to Max, he surely presents the greatest threat.) Yes, along the way Weetzie lends aid to a mermaid captured by a rich man and mutilated with plastic surgery, and a fairy princess trying to save her changeling son from evil elvish in-laws.

You almost expect all that. But "Necklace of Kisses" also reinforces what a lyrical but economical writer Block is. Her tributes to Los Angeles, "a city that was partly paradise, or at least pretending to be paradise," with its smoggy sunsets, wild animals and night-blooming flowers, will make you pine for the place even if you think you hate it. When Weetzie seems too obsessed with fashion to be taken seriously (which is almost always), Block reminds us that her heroine also knows that "the world is a sad and scary place," and fabulousness her only defense. A passage in which Weetzie (officially a vegan teetotaler these days) remembers her misspent nightclubbing youth captures the late-punk experience in two sentences:

"Stepping into that world of music and darkness and smoke and beer, where you could forget who you were because you hadn't been it for that long anyway, where you could be a real artist, a stranger, dead movie star, broken doll, ghoul, gay boy, devil, princess, warrior, imagining you had found your muse, best friend, healer, beloved. Going home alone."

Unlikely as it seems, in the end Block turns this novel about one vain woman's search to renew herself into one of the most persuasive fictional responses to the horrors of 9/11. Weetzie may love the numinous things around her at the pink hotel, but to be happy even she needs more than genies, mermaids and fairies. She must face her unfulfilled dreams, her two grown-up daughters (OK, so one of them is actually a witch's daughter who was dumped on her doorstep) and the fact that she still loves Max, wounded and depressed as he is, with all her heart. By the transformative final chapter I was weeping profusely. But don't worry -- if Weetzie actually behaves like an adult for the first time in 40 years, she still isn't taking off the Hello Kitty wristwatch, no matter what her daughters think.