This ambitious and powerfully written novel uses the Patty Hearst kidnapping to capture a uniquely terrifying period in American history. 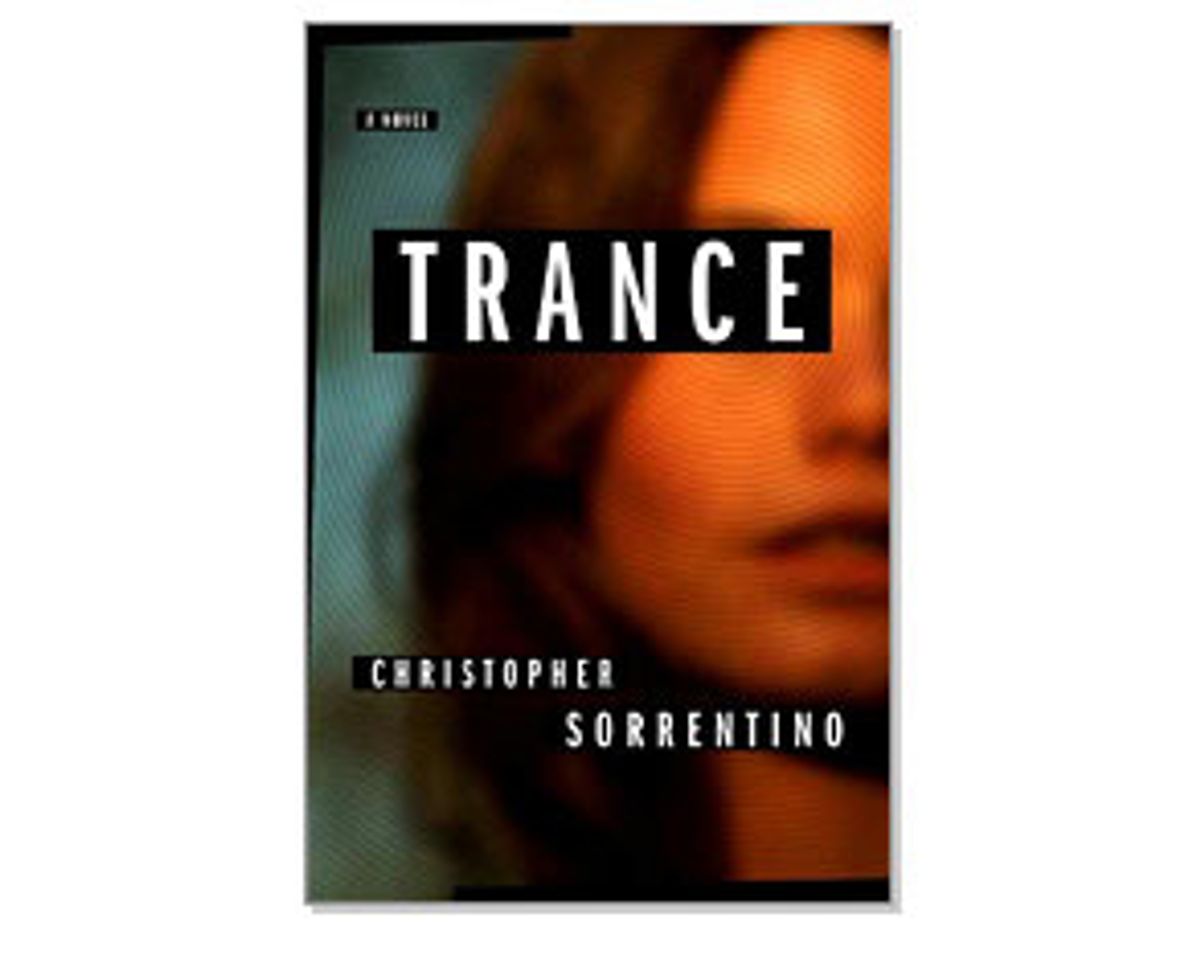 If history invokes a scientific process for raising the dead, historical fiction is (or should be, anyway) something more like a siance: The dead groan and clank their chains, they utter foul curses, leave their socks in the hall and eye our money and our cars covetously. They possess no wisdom we don't already share, and their motives are no less impure than ours.

Christopher Sorrentino's big and ambitious novel "Trance" is trying to raise the spirit not just of dead people -- although there are some of those -- but of an era that in some ways is still close to ours but in others seems as dead as King Tut's cat. That era is the mid-1970s, when the previous decade's revolutionary ardor had burned down to embers and America seemed a dirty, declining nation mired in permanent "stagflation." Like other commentators before him, Sorrentino sees the 1974 kidnapping of newspaper heiress Patty Hearst, by a left-wing splinter group called the Symbionese Liberation Army, as an event that embodied the spirit of the age.

It's actually surprising that none of the obvious candidates in American fiction have tackled the Hearst affair directly -- I'd nominate Don DeLillo, Denis Johnson or Robert Stone. It may be that they're old enough to remember the events almost too vividly, and to regard them in a sense as common property. Someone a bit younger (Sorrentino's around 40) might have absorbed these things through a child's myth-making consciousness, and is now aware how distant, and how hallucinatory, they really are. If Sorrentino has clearly read those three authors in particular, there's nothing shameful in that. His DeLillo-esque vision of the Hearst case as the moment when we slipped into a Matrix-like media coma, never to awaken, is both haunting and inevitable.

I'm not sure "Trance" sheds much light on Hearst herself or the SLA, partly because they've been worried over by intellectual hyenas for three decades, and partly because no amount of candlepower can illuminate a black hole. Both in life and in this book -- where she appears under the name of Alice Galton, but with her personal history intact -- Hearst seems to have been a curiously affectless young woman. Raised in the closest approximation of an old-money family California could offer, this granddaughter of William Randolph Hearst played the role of a mildly disaffected debutante. Dragged from her Berkeley apartment in the middle of the night by a post-Stalinist revolutionary cult, she turned out to be an all-too-willing brainwashee, switching almost immediately to the role of Tania, the infamous guerrilla poster girl.

So while Sorrentino spends plenty of time focused on the quandary of Patty/Alice/Tania (more than he ought to, maybe), the broad canvas of this novel is far more engaging than its alleged central figure. "Trance" hopscotches back and forward in time, moving from one character's consciousness to another with vigorous, almost 19th century aplomb. FBI agents, marginal SLA members, the parents of marginal SLA members, an ex-convict hustler, and a mean-spirited drunk who may or may not be a CIA assassin all take their turns in the spotlight. His most important, and most compassionately drawn, characters might both be described as bystanders rather than main actors: Alice's adoring news-baron father, Hank Galton, and the big-dreaming radical sportswriter Guy Mock, who rents houses for SLA members and "lends" them money.

This simultaneously old-fashioned and cinematic method reaches its apex when Sorrentino spends several heartbreaking pages with Myrna Opsahl (her real name), a woman killed by the SLA during a botched bank robbery in suburban Sacramento. Myrna was accompanying a group of women from her Lutheran church as they deposited the week's collection; she died because she took a moment to set the church adding machine down on a table.

As may be clear already, Sorrentino sticks pretty closely to established facts and chronologies in the Hearst/SLA case, and for many readers of his generation this will create a sort of background buzz that is more bewildering than enlightening. All right, Patty Hearst is still alive, so she gets a pseudonym. Myrna Opsahl isn't, so she has no legal rights. But Guy Mock is based, detail for detail, on real-life radical sportswriter Jack Scott (a close friend of basketball star-turned-sportscaster Bill Walton), who died several years ago. On the other hand, attempted presidential assassin Sara Jane Moore is alive, but appears here by her real name. It may reassure Sorrentino's lawyers that Moore is now 75 and resides in federal prison -- but it doesn't reassure me about what the hell is going on in his book.

To muddy the waters further, surviving SLA members appear under fake names but real noms de guerre: The nutso couple who traveled around the country with Hearst were indeed known to the movement as Teko and Yolanda, as here. But their real names were Bill and Emily Harris, and Sorrentino gives them new ones (although they're hardly mentioned). It's true that Sorrentino's prose is so powerful, and his evocation of the era so scarily vivid, that after a while I stopped caring much about the fuzzy conjunction of fiction and history. I don't know whether the real Patty Hearst actually worked a shift serving kosher dinners at Grossinger's, the legendary Jewish resort in the Catskills, while she was on the lam. If she didn't, so much the better -- it's a perfect anecdote to have invented. (Of course the FBI ignores this tip as too outrageous.)

This Grossinger's interlude allows Sorrentino to introduce one of his various authorial stand-ins or, in this case, stand-ups -- a Borscht Belt comedian who monologues extensively on the recent resignation of Richard Nixon and, when heckled, tells unsatisfying jokes. ("Question: How many Hasidic rebbes does it take to change a lightbulb? Answer: What is a lightbulb?") Much of "Trance" works this way: Its characters struggle to hold onto some sense of their historic significance but get lost in quotidian details, like shopping or marital jealousy or an urgent need to defecate. Then the landscape or the vapid media commentary or the book itself intervenes to explain the grand outlines. You either go with this sort of thing or you don't; it's both the strength of "Trance" and its weakness.

I lived in the same city as Patty Hearst when she was kidnapped, watched the televised firebombing of the SLA's South Central Los Angeles bungalow in horror one night while my parents were at a dinner party, and have an older brother who inhabited cavelike Bay Area group apartments entirely too similar to the SLA's crash pads. I don't know whether that puts me in Sorrentino's best possible audience or his worst, but I can testify that his eye and ear for the period are terrifying. (The following furniture-store commercial jingle, all by itself, made my hair stand on end: "Dublin, Berkeley, San Lorenzo, Cupertino, San Jose!") If we emerge from "Trance" knowing about what we knew before, and if it's as full of questionable decisions as the period it chronicles, its method and scope are breathtaking.